Behind the Work 207 Add to collection 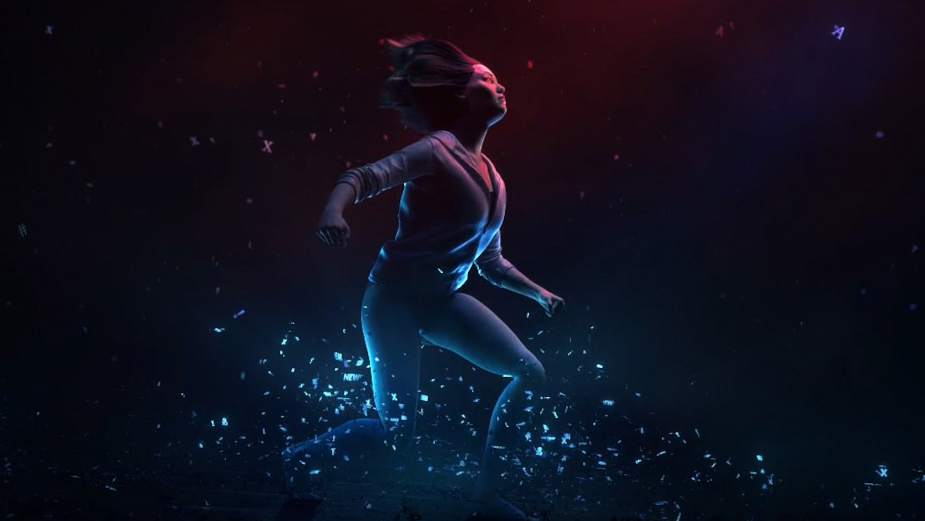 Liu Xiang is one of China’s best swimmers representing the country at the Tokyo 2020 Olympics. She also happens to be beautiful. In today’s appearance-obsessed society it’s the latter that’s drawing more attention over her incredible sporting achievements. SK-II’s VS Obsession, directed by Bartek Kik at Platige, explores how society’s preoccupation with beauty, expressed primarily through social media, can become a trap that’s impossible to escape.

When Leo Savage, former WPP 'Black Ops' lead creative director, first thought how to best approach Liu’s story, he started to consider the darker side of social media. “I was thinking about how sometimes we can let love and adoration devour us, even though we seek it out,” he explains, adding: “Bartek came up with the idea of the ocean representing social media, creating layers of symbolism that reveal themselves with each re-watch. We imagined this online world with hidden levels where the deeper you go, the more oppressive and dangerous it becomes, all under the guise of love.” For Delphine Buttin, SK-II’s senior brand director, this was an essential theme to delve into, saying: “The obsession about Liu’s image is quite unsettling; she’s a world record holder yet people focus mostly on her looks.”

The film opens with Liu working out and training before taking an innocent social media break to post a selfie – soon the hearts and likes start appearing on screen. She smiles, pleased at the positive attention her selfie receives. The film then switches to animation, with Liu finding herself in bright blue waters, surrounded by red hearts; she dives deeper, hybrid tech-ocean creatures surround her, smiling adoringly. She takes another selfie, more likes pour in, and Liu begins to question why she’s getting quite so much attention. To escape, Liu swims further away as the water gets darker and the comments she receives start to turn from congratulations on her world record to questioning why she bothers with the sport when she could use her looks for a career instead.

Reaching the bottom of the ocean, Liu realises that she doesn’t want this attention – she wants to be known for her swimming. Liu surges to the surface, leaving the dark waters behind; back in the pool where she feels safe, she has a final monster (kaiju) to face – a giant octopus made up of the same love hearts that Liu previously chased, battling to envelop her in its sticky grip. Undeterred, Liu swims towards the monster, breaking past it and coming out stronger on the other side.

“It made a lot of sense for us to take the idea of social media and to represent it as a complete digital world, a WeChat world with a chaotic internet-like ocean,” adds Siddika Dehlvi, WPP Black Ops’ global business leader.

Underscoring this nuanced exploration of social media’s pull is a sleek R&B track from China’s rising star, Lexie Liu who is no stranger to the pressures of social media herself. Finding the right artist to create an original track for VS Obsession, and helping them through the complex briefing process, was down to music company Eclectic and their sister company, the sound design specialists, Bark Soho – the only people to be involved across all six of SK-II’s anthology films. Simon Elms, Eclectic’s director and composer, recalls how tricky the task really was. He says: “The Chinese music market is unfamiliar territory, but we were determined to get it right for this (and every) film. We got in touch with a senior producer from RSA in Hong Kong who then introduced us to a record company owner in Beijing. Our brilliant researcher, Megumi, was already somewhat familiar with the Chinese market, and between everyone we searched for the right up-and-coming artist.”

“We had an idea to look at winners and runners up of music talent shows. That’s how we found Lexie Liu – she was a finalist on The Rap of China and a brand ambassador for Yves Saint Laurent. We could tell straight away that she was going to be big! She loved the idea and the project as a whole as soon as we approached her; we then worked really closely with her team on the orchestration and strings after Lexie delivered her amazing track. We then did some string arranging, adding extra tension, ensuring that it worked with Bartek’s vision for the film and was true to Lexie’s song as well. Working with her team was fantastic, they were really accommodating and open to our suggestions. Like when we changed around a verse or added a few beats to create better sync points, her team was on board,” says Simon.

The final song serves as an incredibly cool soundtrack for VS Obsession, with Lexie rapping in Chinese and singing an English refrain: “Deep down, somewhere deep deep down / I move faster underwater with the pressure”, reflecting Liu’s journey to be taken seriously by her fans. In fact, the theme of the project resonated with Lexie so much that she asked for a cameo in the final film, and the creative team behind VS Obsession were more than happy to oblige. “Lexie’s song is very cool. I had never listened to Chinese rap before and I loved the final track and how it worked with the film,” says Bartek.

Bartek explains how he wanted the final film to look “like a high-end game trailer” while accurately representing Liu and her personality. He adds: “We pulled a lot of videos of her performing and studied the way she moves. I also got to shoot the live action parts before I started on the animation. What’s interesting is that when it comes to her swimming, she doesn’t have any signature moves – she’s a world-class athlete, her form is perfect. But her personality started to shine through out of the pool when she’d take off her goggles or look at her phone. Those were the parts that I used to translate her likeness through the animated avatar.”

“The shoot was really hectic as we only had a couple of hours in the pool. We had two locations and three lighting setups, including one for the surreal final shots of her by the pool’s edge wearing a red dress. We had to get the shot of her diving into the pool in one because we only had one dress and no time to dry it!” says Bartek.

As VS Obsession was concerned with communicating that beauty should never overshadow achievements, Bartek was mindful in how he captured and represented Liu on screen. “I wanted to avoid having glamour-style lighting and taking any overtly glamourous shots. I wanted her to look like herself, not to look perfect. I used the camera to just follow her around for a bit, trying to capture the closest to what is natural. In one animated shot, where Liu is in the depths and looking up, we ended up having to re-edit and angle her differently because it was looking a little too provocative and everyone was consciously trying to avoid that,” explains Bartek.

VS Obsession resonates because it so subtly captures how easy it is to be pulled in by the deceptively calm and sunny waters of social media and what it pertains to offer. It approaches the audience with generosity, trusting them to pay attention to the elements and symbolism of what’s on screen, revealing its meaning with each re-watch.

(Next in the series is VS Machines. Read all about VS Rules, VS Pressure and VS Trolls if you missed them before.)