The End of a Fairy Tale: How One Film Captured Simone Biles’ Headspace

Behind the Work 208 Add to collection 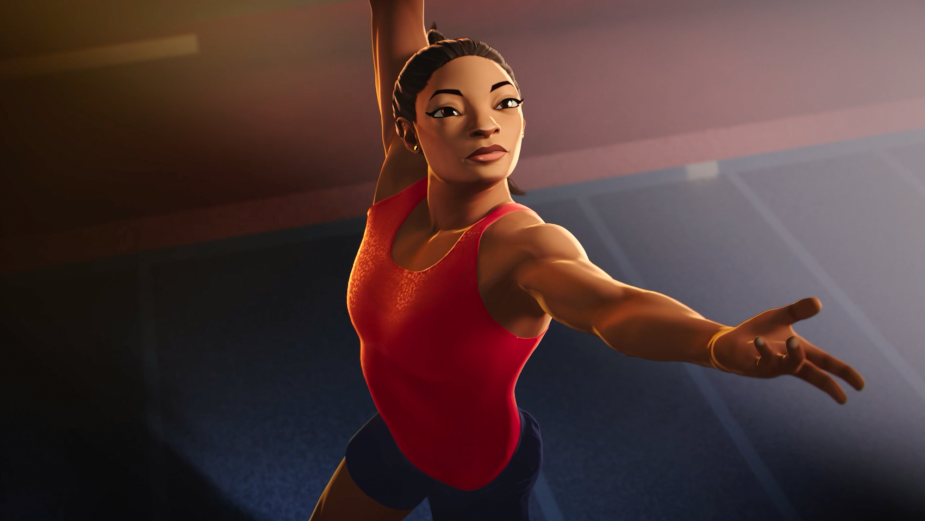 (VS Trolls is part of LBB’s ‘Behind the Work’ Series on SK-II STUDIO’s ground breaking ‘VS’ Olympics Anthology. To date, it has received 1 billion views and 99.2% positive sentiment. It was created using a brand new ‘Black Ops’ model from WPP, involving creatives from all over the world, 5 x world class directors and 1 x music company that worked across all six films. To read all about the extraordinary way this project came together, click here.)

When does a fairy tale start to become a nightmare? For Simone Biles, the world’s most decorated gymnast, it’s every time she checks her social media. With the whole world watching her, Simone announced on July 29th, in the midst of the Olympics, that she was withdrawing from the gold medal event to focus on her mental health and to “protect her body and mind”. While the decision itself shocked fans, it also demonstrated just how much pressure Simone is under, compounded by the vileness and negativity she receives daily online.

VS Trolls, directed by Jon Saunders, takes a personal and painful look at Simone’s experiences with receiving relentless online vitriol regarding her looks. Yet it’s ultimately hopeful, drawing on Simone’s inner strength and determination. 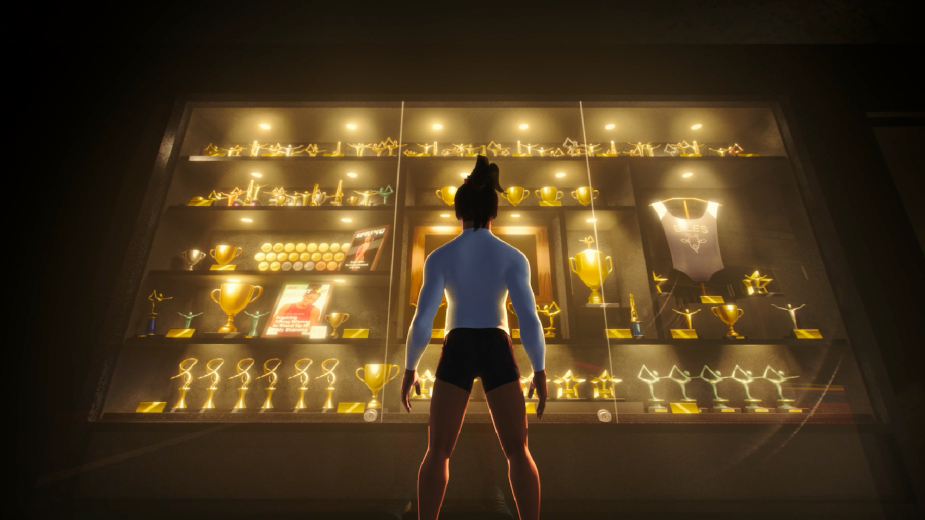 The film opens with a close up of Simone; her expression is neutral, calm. Soft and dreamlike notes play in the background, conjuring a majestic atmosphere befitting a Disney-esque princess. We see Simone stretch and train, effortlessly, before she picks up her phone to check social media. A pause and another close up of Simone’s eyes forebode what’s to come. At once, the live action shots switch to animation as John Legend's voice – he wrote an original song for the film – launches into song, crooning “You’ve never looked so beautiful...”

Though complimentary and encouraging at first, the friendly creatures soon lose their smiles and take on sinister personas, spewing negativity and baseless criticism. All the quotes in the film were real, making the viewer feel the weight of every word, set in animated recreation of her room, town, and gym.

Jon Saunders, the film’s director says: “I wanted to make the film really personal and to be with Simone on a typical day in her life in her hometown. To me, it was important to live with Simone in moments outside the spotlight in order to show the effect internet trolls can have on her life.” Delphine, SK-II’s brand director, adds that this film is “full of Easter eggs. We asked Simone to send us pictures of her room so we could recreate the colours; the pictures on the wall with her dog are all real too as are, sadly, the quotes and comments she receives.”

The Sound of a Modern Fairy Tale

John Legend had an existing relationship with SK-II and it just so happens that he’s great friends with Simone, too. “It made sense to leverage that connection!" says Siddika Dehlvi, WPP 'Black Ops’ global business leader, adding: "Societal pressures on women do not discriminate. You can be the incredibly successful, the world’s most decorated gymnast and still be trolled for how you look. It’s been a rewarding experience to share these powerful human stories and inspire other women to overcome the pressures surrounding them."

Eclectic worked closely with John Legend and his team on the final track as it had to capture and convey the transition from a fairy tale into a nightmare. Eclectic’s Simon Elms says that “this was a very un-song like brief, and when you work with the likes of John Legend, you only have one crack of the whip – stars of this calibre don’t have the time for endless rewrites and tweaks – so we were tasked with creating the brief. A brief that would, unusually, also be shared with the client from the get go, so it couldn't be just written brief. That would have been too open to interpretation. Since the film begins in idyllic suburban America, we started looking at some of the beautiful Prozac-infused Disney tunes from the 50/60’s – like ‘When You Wish Upon A Star’ – and began to mix them with a couple of John’s existing tunes just to show the creatives/clients what the brief actually entailed. We then added layers of lo-fi glitch sound design to represent the trolls. They all absolutely loved the concept, and for John it also served as a clear guide as to what was expected.”

“The visual was of course vital for each film, but then it was all about the music. I think the work Simon did was incredible. We definitely approached the music as its own distinct character, ensuring that it enhances every part of the story,” adds Leo Savage, former WPP 'Black Ops' lead creative director. 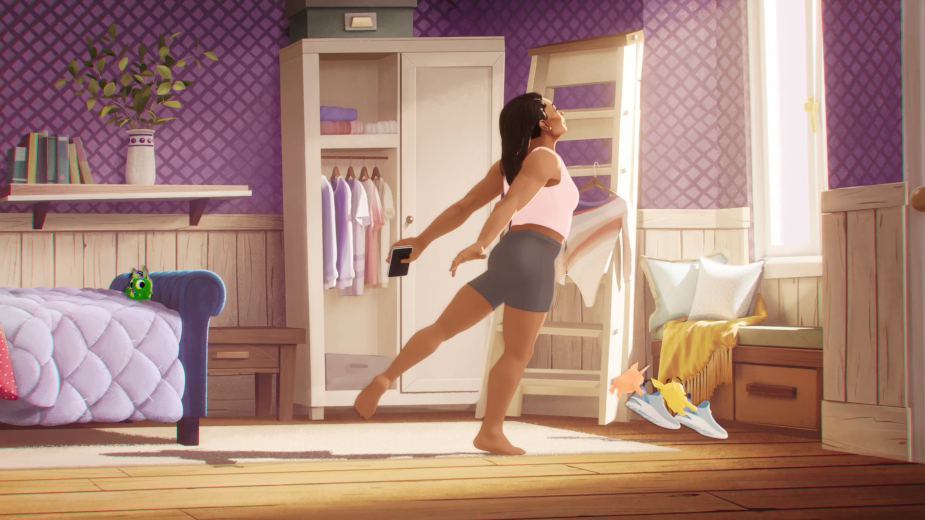 The making of a Disney-esque princess

“With Simone, we started to ask how do you reimagine the classic Disney princess?” says Leo. For Jon and his team it meant paying very close attention to Simone’s physicality to create an authentic representation of her on screen. “We used photos that we had taken of Simone to make sure we were being as true to her body as we could be. We also studied a lot of Simone's performances in order to hit how she moves - from her floor routines to just how she walks. This was all critical for me to get right because of the messaging of our film,” explains Jon. “We also flatly lit Simone and crunched her levels to make her pop the way animated characters did who were at the top of the celluloid stack. As a finish, we also created subtle drop shadows, photography defects, and graded the beginning to emulate older films like Sleeping Beauty.”

“We intentionally limited what we could do for the beginning portion of the film in order to get closer to the feel of older 2D Disney films,” he adds. Evoking classic Disney animation works to make the viewer question how and why we come to find certain things, in this case certain bodies, more beautiful than others. This was a key point to explore for Jon: “Starting in a style that was inspired by the golden age of Disney was integral from the very beginning. Because Simone is from the United States, and a modern icon, we thought it worked well to turn her into a present-day Disney princess. Though Simone's muscular physique makes her look different from the normative Disney Princess, so she is treated differently.” 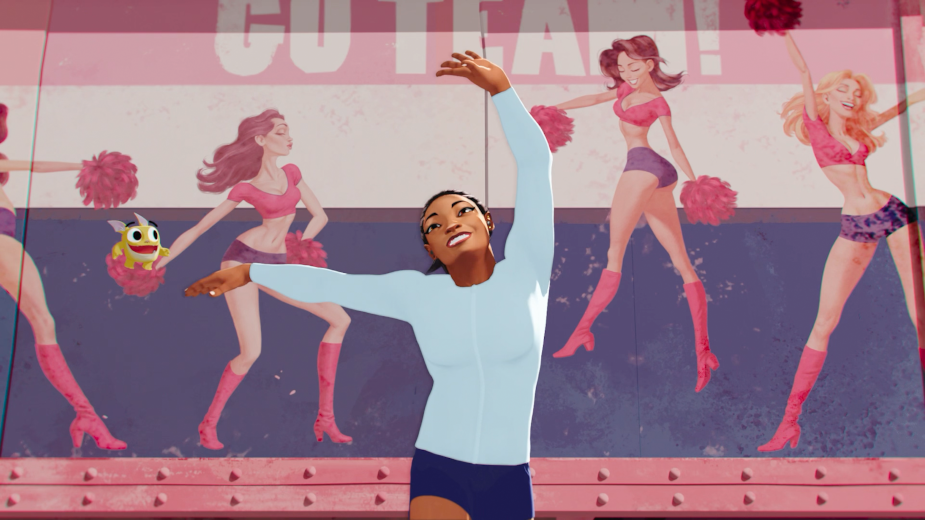 The VS Rules film premiered in New York’s Times Square in February 2020, with the whole team attending. It was one of the biggest campaign launches on record. "We wanted to celebrate our athletes’ incredible stories in a way that has never been done before, through a beautifully crafted mix of animation and live action. It was an absolute honour to work with these incredible production houses to bring these stories to life. What they have created is nothing short of a cinematic masterpiece," adds Siddika.

VS Rules brought to life the challenges faced by Simone, asking viewers to pause and reflect on their online behaviours and the negative treatment public figures continue to receive. VS Rules is also an inherently human story about pushing past the critics and striding towards goals no matter what stands in your way.

(Next in the series is VS Rules. To read all about how the incredible anthology was created, click here.)
view more - Behind the Work