Behind the Work 212 Add to collection 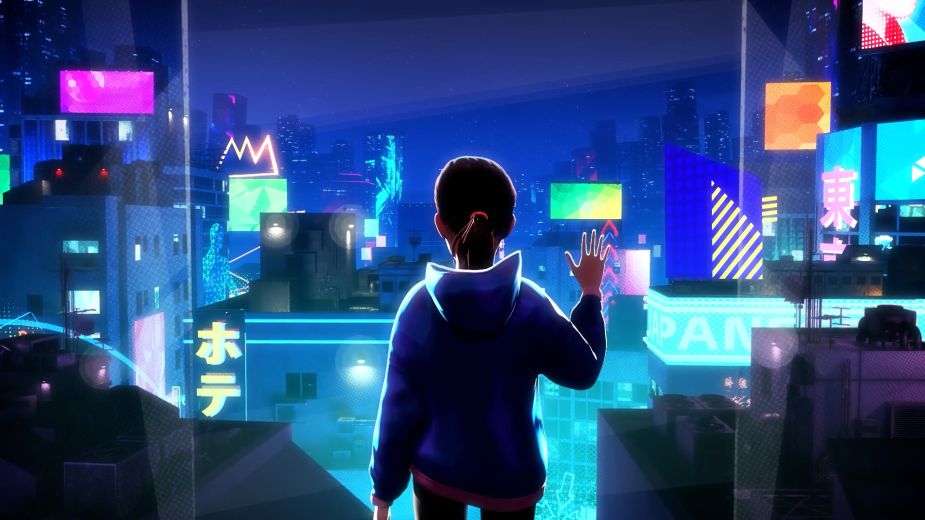 (VS Pressure is part of LBB’s Behind the Work Series on SK-II STUDIO’s ground-breaking ‘VS’ Olympics Anthology. To date, it has received 1 billion views and 99.2% positive sentiment. It was created using a brand new ‘Black Ops’ model from WPP, involving creatives from all over the world, 5 x world class directors and 1 x music company that worked across all six films. To read all about the extraordinary ways this project came together, click here.)

Kasumi Ishikawa, the Japanese table tennis Olympian, picks up a table tennis ball; dramatic music swirls and screens all around her demand answers to questions like ‘Have you lived up to expectations?’, ‘Can you keep climbing?’ and ‘Can Kasumi push forward like she used to?’ VS Pressure, directed by Damian Nenow at Platige Image, explores the difficulty of climbing to the top, living up to expectations, and persevering despite loud criticisms.

The film is set in a nightmarish metropolis − a darker vision of Tokyo − with Kasumi reminiscing on her journey from a child who fell in love with table tennis to the pressures still ahead. The challenge for the creative team and the director behind the film was in finding ways to externalise something as formless as the concept of pressure for the big screen. “We wanted to look at how we all allow pressure to build into something that takes on a life of its own. Really, for every single film, we wanted to take an internal feeling and delve into its potential to defeat and bring you down, if you let it. That’s not just a sports story, that’s a human story. It’s applicable to everyone in every field,” says Leo Savage, former WPP 'Black Ops' lead creative director.

He continues: “VS Pressure is all about understanding the different forms pressure takes and its inevitability. It can knock you down or you can push through it; that’s what we wanted to convey.”

Pressure is something director Damian Nenow knows a lot about. His feature, Paths of Hate, was shortlisted for an Oscar and won 25 awards and honours; Another Day of Life, a full-length feature, won a European Academy Film Award in 2018, plus he had just wrapped up directing Fish Night, an episode in the Love, Death & Robot anthology − which incidentally served as the overall inspiration for the SK-II VS anthology − just before taking on the VS Pressure project. “This felt really close to me and also very personal, as an artist. The concept of being true to yourself, as the key to success, and finding fulfilment in creating, or sporting achievement, was always very prominent in my life and career. But it really is a fight. A struggle to resist bad influences, self-doubt, wrong choices. With both art and sport, it’s all about doing what you love, and being driven by passion, and not forcing yourself to be what someone else, society, an ideology or conservative traditions, want you to be or look like,” says Damian. 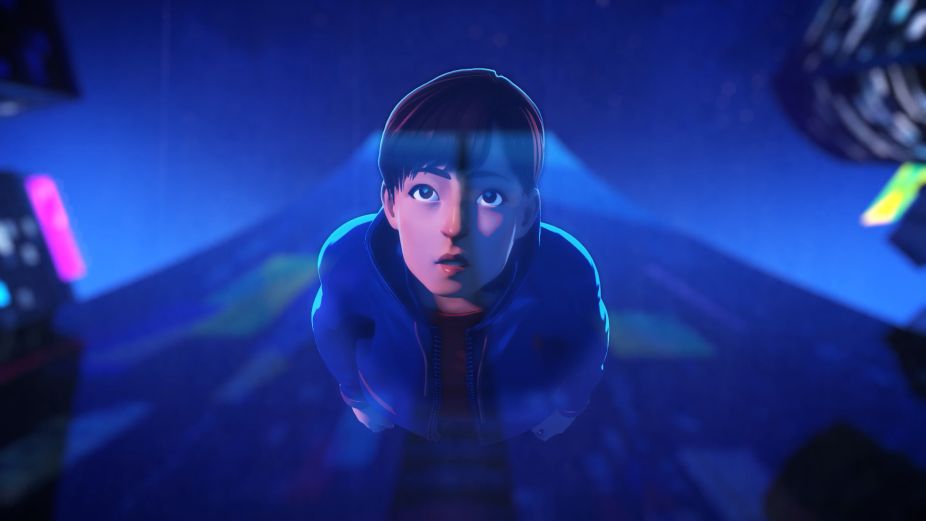 It's through this considered lens that Damian crafts a narrative that’s at once personal to Kasumi, and himself, while communicating a universal feeling to all those watching. Pressure here is depicted through the glass elevator ride that Kasumi is on, fragile and exposed, making its way up a high-rise building; it’s flanked by other buildings with moving elevators and people inside them experiencing their own difficulties with pressure. The setting is no coincidence, Damian says: “Kasumi’s pressure is strongly related to TV and social media. It felt natural to set it inside a big, densely populated city, full of screens, billboards and with millions of prying eyes.”

Craft, care, and consideration are behind every frame of VS Pressure. “Damian was working very, very closely with our Japanese creative team; he wanted to do something super authentic for a Japanese athlete,” explains Siddika Dehlvi, WPP Black Ops’ global business leader, adding: “He met her at the live shoot and got to know her to ensure that while he was crafting this incredible film, he didn’t lose what she stood for.”

Damian recalls how “encouraging” it felt to be given “a huge degree of trust for my artistic vision, adding that he “consulted with Kasumi on pretty much all stages of production. I did feel the weight of responsibility, though, as we were dealing with a real person’s image.”

Nihar Das, WPP Black Ops’ founder, praises “the nuanced way the story is told, centring Kasumi and creating a strong narrative for the viewer too.” 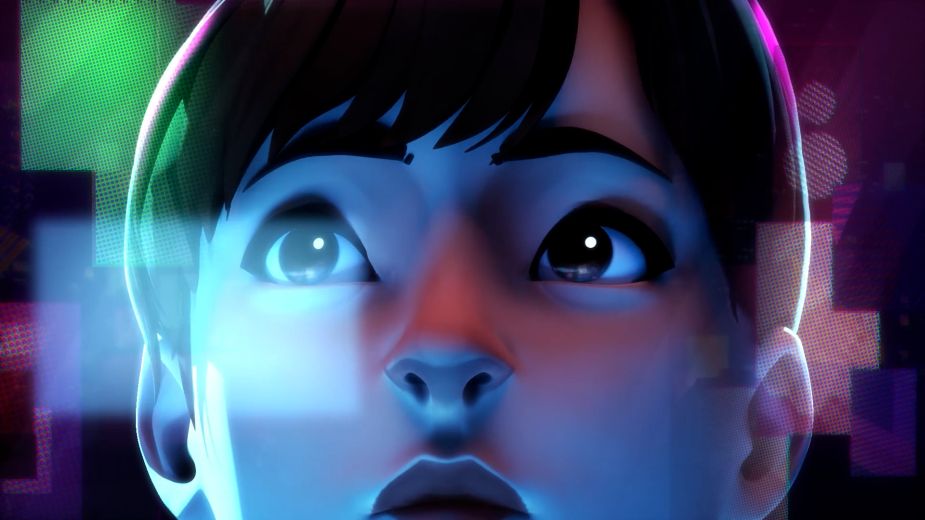 Conveying the sense of the dystopian city and translating its oppressive nature was Eclectic’s task on VS Pressure. Simon Elms, Eclectic’s composer and founder, says that in this film “the sound design was as important as the music.” The melody gently underscores Kasumi’s worsening crisis while wind continues to billow, building tension note by note until the final crescendo. “In VS Pressure, we knew that the music had to function as the emotional underlayer to Kasumi’s story; it was a part of the city, inseparable from the story – holding the elements together. In a way, if you really notice the music in this film, we haven’t done our job properly. We approached it with a traditional orchestral score, underlining all the emotional beats and creating a cohesive sound narrative.”

Live action shots are interspersed with animation and for Delphine Buttin, SK-II’s senior brand director, this was a deliberate decision for the anthology as a whole. She explains: “We picked animation because we knew we’d be addressing difficult and sensitive topics that, when depicted realistically, could be a bit too harsh or direct while animation creates more space to explore them, giving the athletes a little bit of space from the issues themselves.” 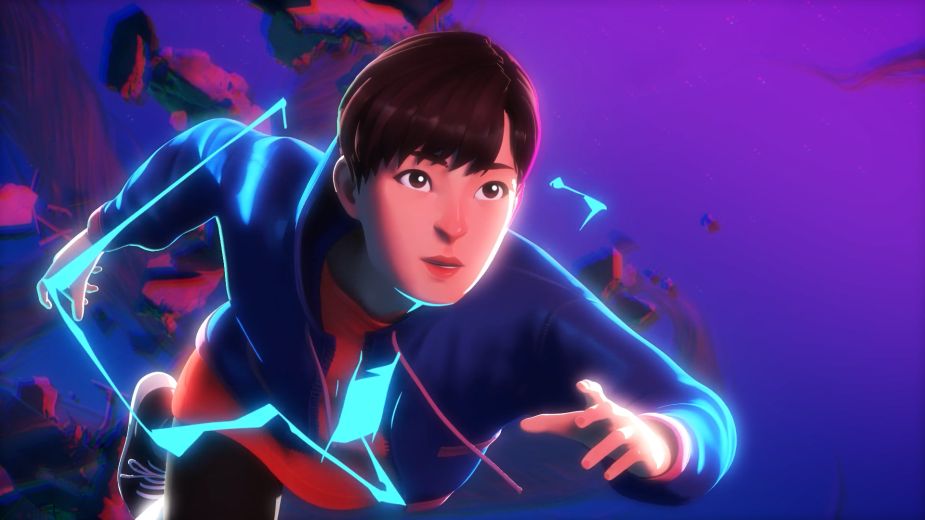 To get the right look and feel for the film, Damian used standard 3D CGI, however he used different techniques paired with improvisation to get the heavily stylised final product. He tells us that “producing a film like this requires a lot of improvisation as the tools are made for photo-realistic rendering.”

“We did apply one unusual technique, however – the real-time VR painting. It’s a highly organic process. For more abstract forms, structures and shapes – like the wind and cloud monster, in our case – this was a game-changer. The immediate result was a complete set of fully working concept art designs. Later on, we actually used some of the 3D-painted geometry in the film itself! After this experience, I would say that designing complex 3D forms, like liquids or clouds, in 2D would be like trying to draw a small circle using a hydraulic excavator,” adds Damian.

In the final scenes of VS Pressure, Kasumi is hanging onto the ledge with just one hand, looking around for the courage to push through, with the wind surging stronger still. She gathers her mental and physical strength to make it over the ledge, to face her fears with courage and determination.

(Next in the series is VS Obsession. Read all about VS Rules and VS Trolls if you missed them before.)