Behind the Work 377 Add to collection

LBB’s Zhenya Tsenzharyk and Josh Neufeldt speak to the creatives behind SK-II STUDIO’s VS Rules – Imaginary Forces’ Alan Williams, Eclectic’s Simon Elms, and WPP’s ‘Black Ops’ to learn all about how the film was collaboratively crafted 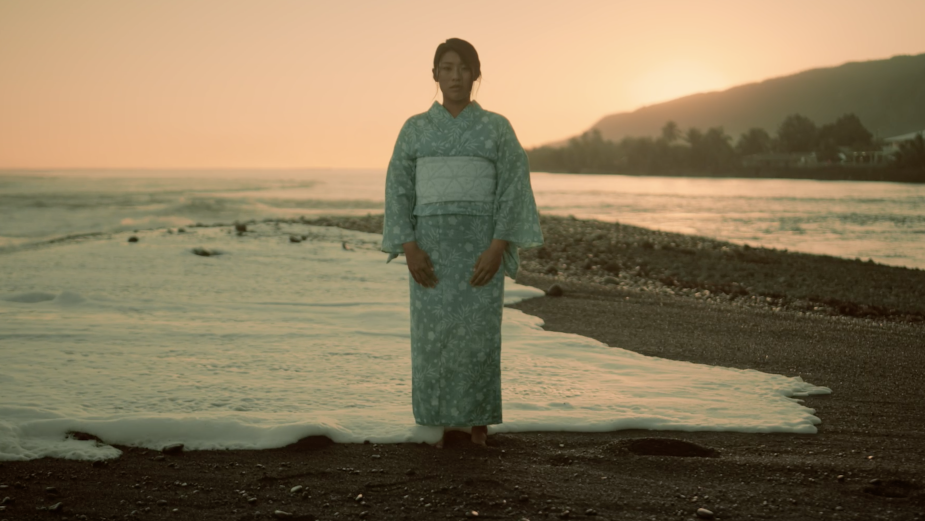 VS Rules, directed by Alan Williams at Imaginary Forces, reimagines Mahina as a traditional Japanese princess in a spirit-filled castle where she’s faced with the dilemma of following societal rules if she is to be perceived as beautiful. The film was crafted specifically with an Asian audience in mind as it’s an issue that continues to explicitly stifle women’s freedoms, while for Western audiences that sense of suppression through tradition tends to, thankfully, resonate a lot less. The film is a touching and astute exploration of the beauty rules Mahina feels bound by, and how she senses that they will not serve the path she has chosen for herself.

The sound of waves gently lapping at the shore and the Tahiti coastline fill the screen as Mahina Maeda, the Japanese American surfer, prepares her surfboard to take on the wild waters. She’s confident and fearless, even when the sun is hidden deep above a thick cover of cloud, rendering the surrounding water into sinister shades of blue and grey. Standing on the beach in her wetsuit, hair salty from the ocean, she encounters a double – upright and still in a traditional Japanese kimono – looking directly into her eyes. In this, the viewer starts to feel the pull and duality at the centre of Mahina’s identity; the heritage she’s proud of, and the desire to continue succeeding in a sport that’s inseparable from who she is today. The film ends with Mahina standing in front of the wave, the music swelling to a crescendo as she casts off the kimono for the wetsuit underneath, meeting the wave’s menacing gaze before conquering it and the rules it represents. 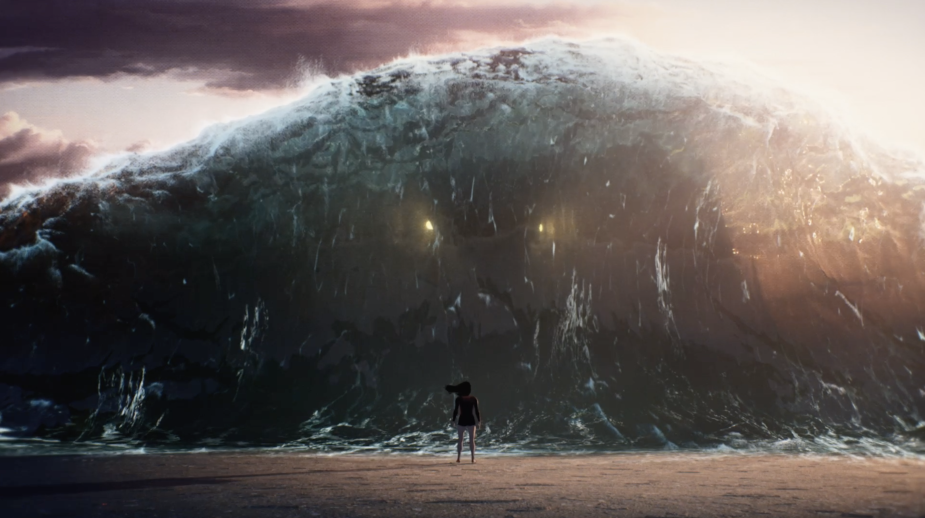 To create the authentic ancient Japanese look and feel of the film, Alan says he “abandoned artistic liberties. With the help of executive account director Yukiko Ochiai, creative director, Ken Mitani, and the Grey Tokyo team, we scrutinized every decision down to the size of the nail coverings.” The level of detail and the care taken to get every element right is palpable from frame to frame. Part live action, part animation, it’s an undeniably cinematic work fusing the layers and textures of fine-art animation style with bold surf action shots.

Alan and his team worked tirelessly to convey a precise feeling of time and place; in their research they rediscovered a Japanese technique of gold leaf and paint, which, he says, “not only conceptually felt right, but it also provided the opportunity, through light and reflection, to create a film that both felt theoretically on point but also visually stunning. We worked with fine artist Ikenaga Yasunari, which inspired our blend of ancient techniques (Sumi ink and pigment) mixed with modern stylings and clothing patterns.”

“I wanted a sense of immediacy and intensity to the scenes, ensuring both an aesthetic and visceral experience for our viewers. For the animation, it was no different; though our cameras are CG, our story is human, so we treated the animated camera as if this were live action. We locked off shots allowing us to dive into the texture of each shot. That meant that everything, every crack on the wall, every strand of hair, should contribute something to the story or character development. We didn't want our shots to be visually busy but always purposefully detailed,” explains Alan.

Music was instrumental to creating the bittersweet atmosphere of Mahina’s life in the castle, swelling and pulling away at just the right moments to underscore the fragility of her feelings. Simon Elms, composer/producer at Eclectic, says: “Musically, there’s nothing particularly unusual about this piece. It has a quite traditional cinematic tonality – big strings, brass, and kudo drums – but it’s strength is in the scale, from simple piano for the middle scenes to full on Zimmer-esque orchestral swells towards the end. Our composers, Liam Westbrook and Robin Stout, are well known for doing trailers and they certainly brought that kind of scale and impact to this film. We also added a female vocal to the introduction of the piece, which ended up becoming the mnemonic for the entire campaign.” 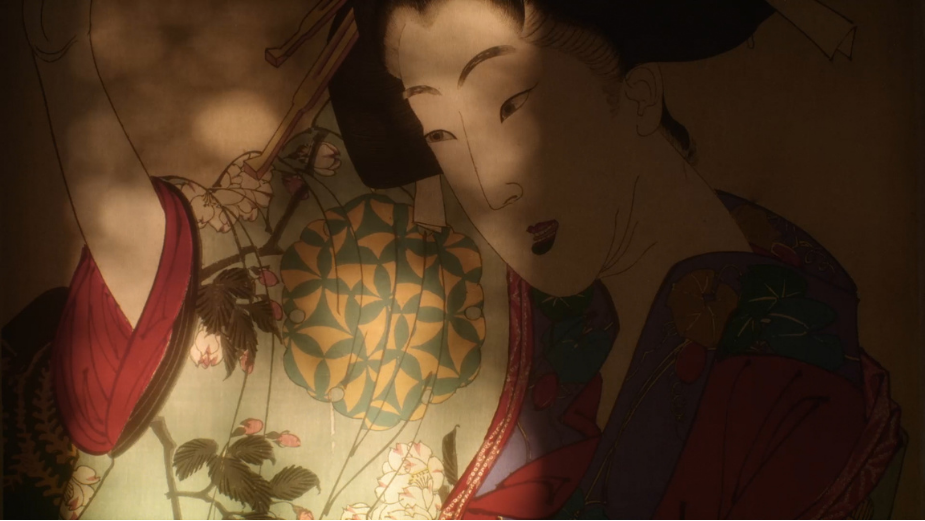 “Eclectic created this minimal piano track that I loved in how it led you through varying tones: mysterious, melancholic, and even unsettling. When she leaves the castle, strings are introduced, celebrating Mahina’s freedom of spirit and the dangerous majesty of nature. As she stands before the raging kaiju wave, Simon Elms and Eclectic brilliantly elevated the drama beyond any of my expectations. Those strings carry us into the ending shots of Mahina surfing victoriously with such warmth and beauty. I couldn’t be happier,” adds Alan.

Leo Savage, former WPP 'Black Ops' lead creative director, says that of all the films, VS Rules is “probably the most highly crafted.” Despite this, the story itself has an organic origin, with Leo remembering how the whole crew and Mahina came together after the live shoot in Tahiti to chat and relax – most of the film was written after. “We had a basic marker set out, we knew we wanted to tell a story about a young girl trapped between two worlds, expectations. But a lot of the dimension came from getting to know her after that shoot and experiencing what she’s like as a person. It’s moments like that that made me realise that this anthology isn’t about our creativity, it’s about the athletes’ stories,” he adds. 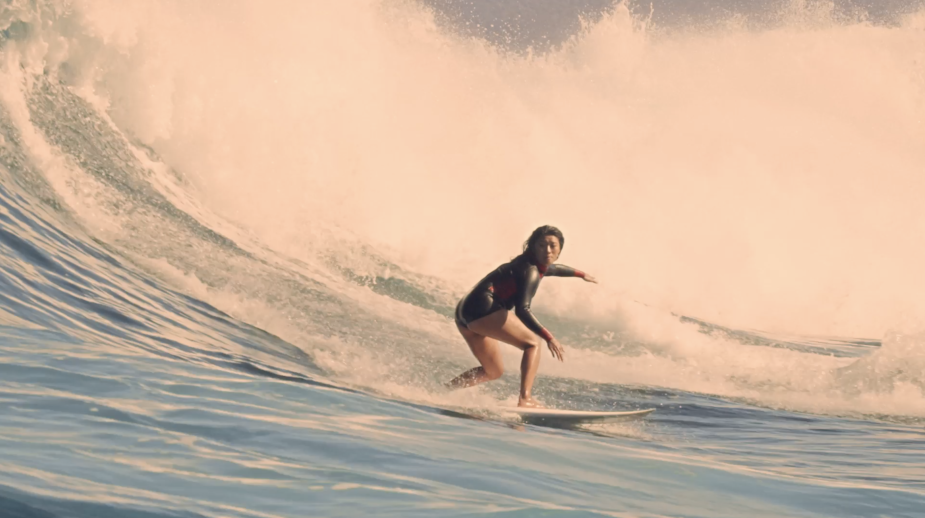 Mahina’s story resonates with not only women, but anyone who has felt the push and pull of tradition versus modernity and the difficult choices that a situation like that inherently presents. Sensitive and highly crafted, it’s a pleasure for all the senses with each element thoughtfully working to create a film that’s both artistic and one that doesn’t shy away from the central message that beauty is no competition.

(Next in the series is VS Pressure. Read all about VS Trolls if you missed it before.)