Trends and Insight 424 Add to collection

The scramble towards the end of 2020 is nearly over, so LBB's Laura Swinton takes a momentary breather to look back over the creative and production trends that no one was expecting back in January 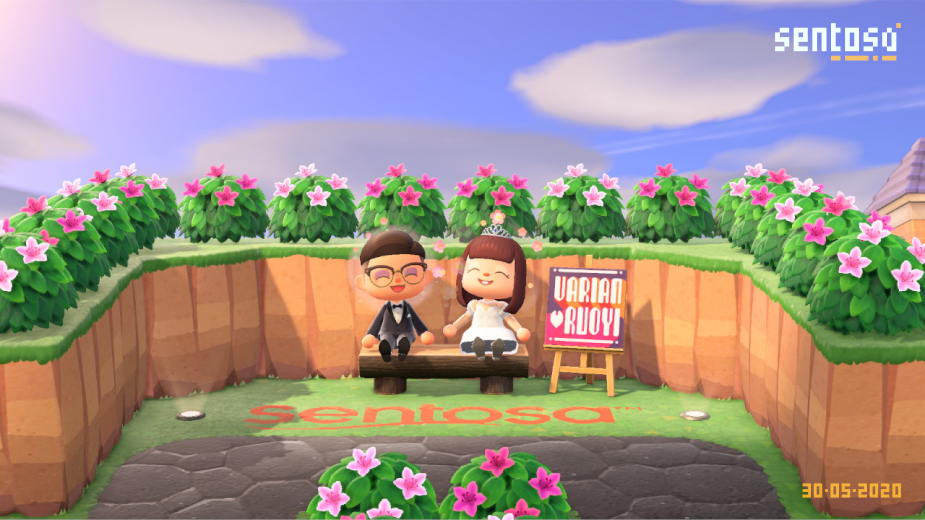 Future ad archaeologists will be able to pinpoint the creative work of 2020 not just to the year but to the month. The week, possibly.  As the virus rippled around the world, brands slammed on the brakes one after another like anxious drivers in a highway pile up. The screeching halts rang out like a noisy domino run and brands, agencies and production companies alike suddenly found themselves facing a black pit of unknown doom. But things picked up surprisingly quickly and it’s been fascinating to see the industry react and learn in real time how to produce work under varying degrees of Covid restrictions, and to adapt to the constantly shifting regulations.

Perhaps the least talked about content production coping mechanism was the use of archival or stock footage. It’s something that enjoyed just a short ‘moment’, before teams got their heads around remote shooting and before certain markets started to allow live shoots. It wasn’t all good – the explosion of cheesy montages with a voiceover that intoned ‘now more than ever’ became an early Covid advertising meme.
But there were some absolute gems that showed that true creativity thrives in constraint, and editors found themselves rising to the occasion (as we found out in April).
Serviceplan’s ode to couch potatoes for German supermarket Penny was one of the earliest examples of great copy (if my German can be relied upon) elevating stock footage. Maybe we’re a bit slow but the archival nature of the spot wasn’t immediately obvious either.
The pinnacle of this was Nike’s ‘You Can’t Stop Us’ – an Immortal Award-winning spot – from Pulse’s Oscar Hudson and Wieden + Kennedy. It was exhilarating, optimistically and craftily executed.
Another time-stamped example of creative use of archive was the Audible campaign from Fold 7 and director Mark Denton. It leaned into the restrictions and leveraged the Covid challenges. The campaign was Covid through-and-through, putting forward audiobooks as an alternative to cancelled summer holiday plans. The spot was produced just as shooting restrictions were lifted in the UK, so there was a highly restricted shoot for live action elements, which were then cleverly comped together with Mark’s signature humour.

Early lockdown was a tricky time for some brands to figure out what exactly they should be saying and doing, while others leapt into action with ease. Some companies saw where they could step in to help efforts, for example by producing PPE and hand sanitiser. Whether you preferred the understated sensitivity of LVMH, who were the first big brand to switch over to producing hand sanitiser, or BrewDog’s brasher self-aggrandising approach, they were at least doing something.
Other brands waffled on earnestly like some long-lost friend or lover, perhaps misjudging their true role in society.
But in many cases, brands were most sincere and genuinely helpful when they went back to basics with their sense of purpose rather than trying to save the world. Improved their UX and CX, communicated what they were doing to help, made it easy to stay safe, increased deliveries.

It’s the classic Covid-19 ad. Shoogly, self-shot smartphone footage. Families and businesses coming together on Teams or Zoom, sharing tips and recipes. In the early days of lockdown, even the prospect of couriering professional equipment to actors to use in their homes was tricky as people were unsure about the possible contagion and insurance issues.
They may have become a bit overdone and repetitive, but there was a sense of raw camaraderie in these DIY-feeling campaigns. Just as we were living life on video call platforms, so too were brands.
For Microsoft, their Teams campaign from McCann was pure product demonstration, so from a strategic point of view the execution made perfect sense. And to get a sense of how far we’ve come, compare this summer’s Microsoft Teams spots with the MS holiday campaign, where Noam Murro creates a slick looking canine video call with high production values. British supermarket Tesco took their ‘Food Love Stories’ platform to Zoom, with families sharing recipes remotely and warmed our hearts and tums. Some brands weren’t quite as successful, of course – acting naturally on a video call, it turns out, is a very specific kind of acting challenge that not all performers were able to rise to.
We got celebs shooting their DIY root touch ups, bank ads starring staff in their own homes. It wasn’t always the slickest or highest production value work, but over time as we got to understand the virus and remote shooting techniques it became easier to get lighting rigs into people’s homes.

Keep It in the Family

Speaking of homes, we saw a lot of them – and also the families of creatives, producers and directors. In April, we saw a Dettol India campaign that a director had shot in his home – and it starred his wife and son instead of actors. Casting families who are already in Covid bubbles or households together is a trick we’ve seen continue as it allows the cast to be close to each other and interact more naturally. Recent Christmas spots from Asda, O2 and Co-op have also made use of cast members who already live together – and there’s the added bonus that with child actors in particular it facilitates a more natural performance.

If coronavirus sorted the sincere from the insincere, it had nothing on the Black lives Matter movement. The murder of George Floyd and Breonna Taylor inspired protests in the US and around the world and within the advertising industry prompted criticism of the advertising industry’s terrible track record. Pledges were signed and workshops held – we’re currently following up with agencies to find out where they are in relation to the goals they set out in the summer and whether they’re keeping up momentum. It will require ongoing effort to ensure that this isn't just a moment, but real momentum for the industry.
Creatively we saw many brands lazily jump on the social media black square trend to signal allegiance – and those with a history of racism and discrimination, like L'Oreal, were called out. Some, like Ben and Jerry’s made a reasonable fist of it, though it was brands like Beats By Dre that were able to more confidently take a stand and call out racism and cultural appropriation head on. In the UK by the time Christmas ads came round, we saw supermarket brands rally together with their competitors when Sainsbury’s was set upon by Twitter racists for the innocuous casting of a Black family in one of its three festive campaigns.

Not all countries allowed much in the way of outdoor recreation during their lockdowns, but in places where it was encouraged, it was the cinematographer’s chance to really shine. One director could coordinate with a gang of cinematographers around the world to grab gorgeous outdoor shots that could then be stitched together. Back in April, Ryan Booth of Pulse Films worked with 16 DPs across America to make a beautiful film showing that McDonald’s  was keeping the lights on to support key workers.
Shortly later in May, VCCP and production company Clouded Vision harnessed eight DPs to shoot external shots of their neighbourhoods as well as scenes with family and flatmates. Also tying into the family-orientated trend, director Tom Sweetland recorded conversations with his parents who were self-isolating. And we were in bits.
It was also a great time for drones – we saw a couple of smart shorts and commercials make full use of drones’ capacity for extreme remote shooting. And in South Africa, production service company Robot got itself a license and opened its own drone company, which has been booming.

Over the months, remote shooting became increasingly sophisticated. On the one hand, producers were learning new techniques and workflows, constantly finding ways to make the set up work better. On the other hand, different countries started loosening restrictions around filmmaking, allowing local crews to get to work. Even some of this year’s most ambitious Christmas productions, like Taika Waititi’s Coca-cola spot, were shot entirely remotely. For directors, nothing is quite the same as working with your cast face-to-face or getting into the texture of a location and culture, but remote shooting is here to stay. It’s an approach that makes shooting in usually costly destinations more accessible, cheaper and less environmentally damaging.

Stuck inside, we turned into good old TV for comfort - but newer platforms and places also found their moments. Tik Tok came into its own as people found a creative outlet. Though it was social gaming platforms that really got brands excited as teens and tweens used them as alternative virtual spaces to socialise with friends. The list of brands turning up in Animal Crossing is seemingly endless. Fashion brands like Moschino, Tom Ford, Marc Jacobs, Valentino and more all changed the game into an alternative catwalk venue. And beyond the fashionistas, there were brands as diverse as Gillette, Deliveroo and Skippy Peanut Butter all rocked up. BBH Singapore even hosted virtual Animal Crossing weddings to promote their tourism client Sentosa Island. Brands also tried out other virtual platforms and spaces, though looking back, the Animal Crossing brand activations are going to go down in advertising history as the most 2020 thing ever.

Animation was the great hope at the beginning of lockdown. Studios spoke enthusiastically about the benefits of animation as something that could be achieved entirely remotely and safely – and indeed back in February we spoke to China-based animation company Final Frontier, who had managed to navigate the initial burst of Covid for this exact reason. In fact, one of their regular collaborators was a studio based in Wuhan, the epicentre of the initial outbreak.
In reality, though, good animation takes time, and storytelling in animation and live action differ, which required creatives to adjust their ideas and scripts. So the Covid animation projects took a few months to incubate – though from August onwards we saw a flourishing of animation. Stella’s woozy, jazzy depiction of bar culture from Mother was a nostalgic drop of escapism by the time it dropped.
Puppetry popped up a fair bit too – technically, yes, a form of animation. It may not be fully remote but doesn’t require actors getting close and spreading germs. And it’s also a handy workaround when your big name star can’t travel to you. There was the AA’s Tucker the Dog, JustEat, and some singing veggies from Ikea too
And at Christmas everything came to a head with an explosion of beautifully animated spots. John Lewis got a hand-crafted ‘exquisite corpse’ style spot that embraced a pick and mix bag of animation techniques, Erste brought back its annual CG mini Pixar sob story, Greenies embraced Wes Anderson for some deadpan humour and we got a well turned out CG goat from TK Maxx.
view more - Trends and Insight