Behind the Work 106 Add to collection 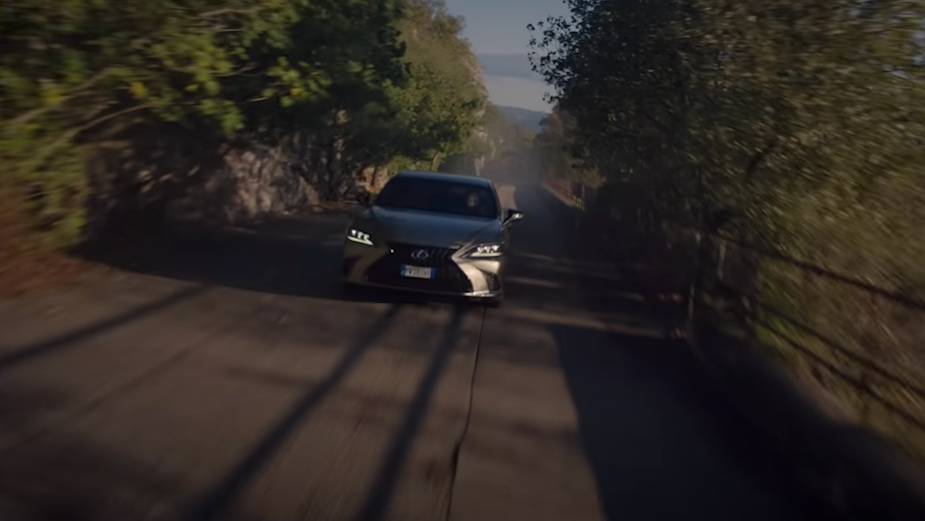 The Music Lab’s Jo Paterson is tipped by Film4 and Medium as one of the ‘top five female film composers that should be on your radar’. Her work spans film, animation, video games, virtual reality and advertising, with her sound described as both mature and resonant.

Here Jo takes some time out to talk to LBB about her recent collaborations with director Sam Goldwater on GQ x Lexus Journeys In Taste series and Burberry campaigns.

What was the brief from the client originally?

When the conversation with Sam began, he was looking for a new composer to work with on upcoming episodes of a series in collaboration with Conde Naste and partnered with GQ x Lexus, called ‘Journeys In Taste’. Sam had heard my music and I’d been recommended by the incredibly amazing DOP on the series, Anna MacDonald.

He had stated there would be two episodes one shot in Scotland and the following in Italy. He was looking for a bespoke score that would tailor and fit organically with the setting and subjects of the two episodes, but still have a running theme, consistent throughout both.

And what sort of conversations did you have to hash out what direction to go in - was finding that direction quite straightforward or did it take a bit of back-and-forth to get there? And what was the moment you realised ‘this’ was the approach to take?

Across Sam and I’s working relationship we definitely have more of a ‘back-and-forth’ approach. Typically, I send ideas of tracks to him, and we go from there. Sometimes the first few tracks can be spot on, but in other instances we’ll have more of a conversation to find the specific ‘tone’ or theme we need to capture that moment.

Sam has always been an incredible communicator, and so detailed with his descriptions of how the music should say and feel. He gives a clear picture of what he’s hoping for, but he also gives me the room to put my ‘identity’ in the score - allowing me to experiment also, which is a wonderful quality in a director. For example, with the Tom Kitchin episode shot in Scotland, Sam said “we’re looking for that drive, push, an isolating dedication in an achingly beautiful country…” that gave me so much musically to work from, and I knew the ‘sound’ needed to represent Tom and his approach to food with his connection to the land.

Talking about strategy - for some projects there’s a real strategy in how a particular piece of music can help reach a particular audience or can tie into brand values etc - to what extent was that an important part of the process?

With the GQ x Lexus series, as soon as Sam and I had a conversation about me coming on board, I knew with the clients the series was partnered with had a particular ‘musical identity’ - we were lucky in that the stories lent themselves so well to high-end, beautifully produced and detailed scores with their own unique musical themes.

I went back and researched the previous episodes of the series and we did talk about those as references prior to starting. So one thing that does run through is a recognisable theme.

How early or late did you get involved in the project and how did that impact how you approached it?

With these projects, I knew right away that the turn around for the music and delivery of the films was tight. From the first two episodes of Journeys In Taste, we started talking just as they had finished shooting in Scotland and about to start in Italy.

The tightness of the schedule shaped how Sam and I worked and had its own benefits. Sam needed already formed tracks of the music to work in as he was editing - as a result of the delivery date I wouldn’t have time to see a full cut of the episode to score too, like you would a film. So he would send stills over from the shoot and we’d discuss the themes we would want to hit musically throughout the ep. Then I went away and put together differing track ideas and almost a folder of varying lengths of musical ‘stings’ and ‘stems’ that he could incorporate and build within the edit. I think we both would say I absolutely love working with him in this way and it makes the process even more collaborative and organic the way the music is so embedded into the cut.

From a creative point of view how did you approach the composition?

I knew I wanted to start sending over different musical ‘themes’ but also Sam was very clear he wanted me to be able to incorporate my own musical style but of course I mould that to the brief at hand.

In this instance I knew from conversations we wanted sections that were driving, had pulse, but also a sharpness and earthiness for the Scotland episode. I was really influenced by the setting and landscape of course as that was so important. So with it being in Scotland I wanted to also have a flavour and nod to a bit more of a Scots folk flavour so knew I would use strings in a way that you would associate more with the folk side but still in keeping with our overall musical identity. In terms of the episode shot in Italy featuring the chef Antonia Klugmann, it was going to be very clear-cut focus, precise and detailed with this ‘dream like’ section but again has this sense of time, passion and conviction. For that episode I started out on the piano and layering phrases of piano together that overlapped and came in at differing points but still worked to a specific time frame. Then we really went from there and I started other tracks bringing in other instrumentation that I felt would be fitting.

And when it came to bringing the music to life and recording it, what was that process like (was it a big orchestral piece, was it all done at home, did you go to collaborate with any unusual or exciting musicians, were there any unexpected ‘happy accidents’)?

Musically, I create the scores for most of what I do in my studio.

I’m a musician and play both piano/keyboards and violin. However, in my own ‘sound identity’ I’m always incredibly fascinated with soundscapes and ‘textures’ within the music.

So even if it's a more classical/acoustic instrument depending on the nature of the brief or project, I’ll try to mess with it a little or make it sound a bit different. I love warping sounds and playing with a combination of acoustic/electronic elements in my work. This comes out particularly with the Burberry campaign which is the latest piece of work for Sam and I. The music really needed to be quite ‘weird, have a unique identity’ and I was really able to push it on the more warped sound ‘electronic’ aspect.

One example, I made a really low booming and distorted lead line out of manipulating and effecting a solo Trombone. Across all of these projects it was solely myself in my studio creating all the sounds and score content. Again, Sam really allows me the freedom to try and push the music. Albeit, sometimes it strays too far but then it is about experimenting with that ‘line’ then finding the right balance from there. It is such a brilliant and collaborative way of working with the director and both of us are then fine tuning the score together to make it fit as perfectly and make it the absolute best it can be.

For you, what were the most interesting or most challenging aspects of creating the music for the project?

Looking back over the process, it wasn’t so much as starting off.

I often find and I remember a really brilliant mentor of mine said this as well, that for him ‘it’s always the start of a project that can be the most daunting and most difficult thing’. To face that blank canvas and decide where to go first and create that starting note.

I think as the communication with Sam was so brilliant and again going back to how detailed he was with his descriptions and musical references I already had ideas chatting with him on what I wanted to start with. So that was really effective. I wouldn’t so much as say a ‘challenging’ aspect but it is the job and my job to tell the narrative musically and translate a visual image into a musical theme. For these campaigns, it was more that sometimes it would just be more of a ‘back & forth’ and experimenting with slightly different track styles or reworks to get the music exactly where we needed it to be to serve the medium.

I have really loved working on each of these campaigns with Sam. Reasons I have already mentioned prior about how the two of us work together but I think some of my favourite moments are when sending music to Sam.

I’m always excited to hear his thoughts and his feedback and description of his feelings on the music are always so incredibly descriptive and detailed. I want to push any project I’m on to the best it can be musically and I think any notes that Sam comes back with just elevate or arc the tracks to where they need to go. I absolutely love seeing the final result come together and how he works with my music in the edit to see the final films come together. It is such a brilliant moment for me. Plus just finding and discovering the instrumental palette I want to use. The Burberry campaign that is soon to come out is a particular favourite of mine. The music is just so weird, wonderful and I love the warped sound content we played with in that one. I’m really proud of the final result for all of these campaigns. Not just musically, but the film as a whole. It is a team effort; the edit Sam puts together, the visuals shot by Anna and the incredible mixing and sound design from the wonderful Tom Jenkins really makes these campaigns and elevates them to another level when you see it from the start to the final result.

What was the response from the client to the track?

In the music stage, Sam and I made sure before a first cut was delivered for the client review that we had all the music for that particular campaign as finished and polished as it would be for the final thing. So prior to this I would work incredibly hard with Sam and as a result of the tight turnaround to create all the music content for that film. Then we would send off to the client for review.

The response has always been so brilliant and they’ve been very praising of the music. Particularly, from the post team at Conde Nast. I’ve actually been asked to do further work on projects with them out with these campaigns which is what any composer strives for when working on new projects and with new teams. We want to delivery the highest quality of work possible and find those working relationships that you know you want to collaborate with time and time again.

Specialising in original music composition, song research and licensing, The Music Lab is a tight collective of composers, producers and music supervisors, backed by a wider team of music, sound and immersive technology specialists. This solid core of talent is combined with extensive industry experience and a diverse pool of sonic specialists, with studios based in London and LA. Get in touch to find out more. 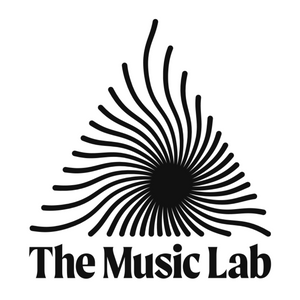 News from The Music Lab 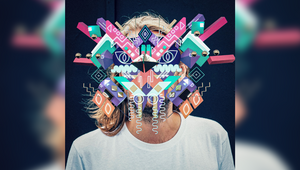 Radio LBB: A Car Journey Into the Multiverse 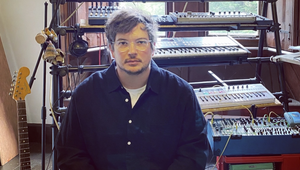 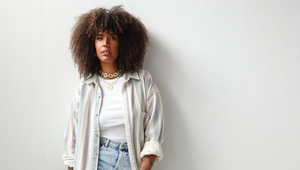 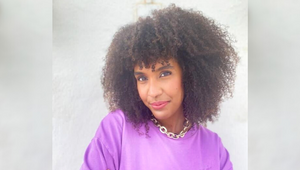 Work from The Music Lab