Standing Out From The Crowd: How The Mob Is Rewriting the UK Production Industry Playbook

Trends and Insight 205 Add to collection

LBB speaks to director of production and partner Mark Collins, as well as directors from across the industry, as The Mob Film Co outlines a new vision for production in the UK 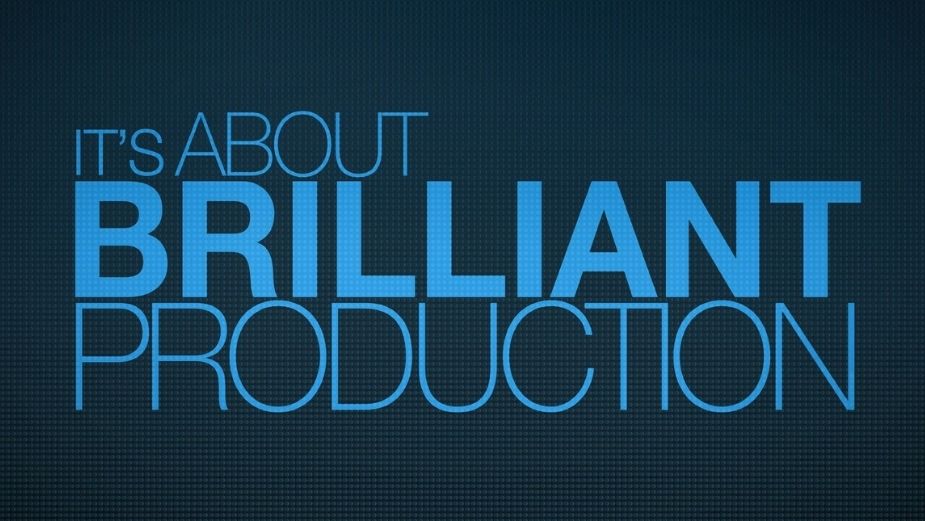 A crisis, it’s often said, should never be put to waste. For former London outfit, The Mob - now successfully head quartered in Manchester - is no stranger to adapting to the market and turbulent times. The upheaval brought about by the coronavirus pandemic served as an opportunity to formalise a change to their businesses model which had been years in the making.
For production companies in the UK, a roster is simply the way things are done. A director may get signed to a company for representation, and that company will help secure them work. There are some exceptions, and every company is different, but that is the general rule under which ad and music video production has worked in the UK for generations.
The Mob’s director of production, Mark Collins, however, believes that the time has come to break that rule - or at the very least to bend it. In addition to representing the directors on their roster, The Mob will now work alongside an ever expanding group of top directors - be they freelance, in-house, or anything in between. Any director working with The Mob will get to call on the company’s resources, and will be treated in much the same way as a roster director for the duration of the project. Due to growing demand for more flexible directing talent, the company has also invested in better resources for agency producers to find directors that fit their brief. They have created a bespoke new search platform for brands and agencies looking to collaborate in a more tailored way.

It’s Time To Talk About it

But such a way of working isn’t exclusive to The Mob with many in the industry adopting a similar model without formally acknowledging it. “Even if you look back two or three years”, Mark explains. “You were seeing examples of companies working with in-house directors or just working on very specific parts of campaigns. It’s just that nobody was really talking about it. But we think this is something that can work for all parties, and we’re putting it front and centre of what we offer to clients”.
The Mob’s executive producer, John Brocklehurst adds: “The Mob has always been synonymous with excellent productions, and amazing value, up to 25% less than London production houses, that’s what agencies and clients really need right now. We can provide that with a choice of some of the best directors available” .
There’s evidence to suggest that this new production model has already caught on. Soon after Mark arrives via Zoom link to speak to LBB, he explains that “I’m just off the phone with an agency asking about this very subject, funnily enough. They wanted to know if we could work with an in-house content director and take on running the production, that they’d been running into a spot of trouble on. I had to laugh and say yeah, that’s exactly the kind of thing we can do!”.

One could be forgiven for wondering what the directors on The Mob’s roster make of it all. Happily, there are advantages to be found for them in this new system, as well. “Of course we had a couple of concerns at first”, recalls Mark, “but one positive of this new system is that all directors, be they on our roster or not, are seen as individuals and are less likely to get lost. In the past people might have associated certain companies with certain directors, and had a certain director in mind when they opened a conversation with a production company. This way, nobody falls through the cracks and directors run less of a risk of being pigeonholed”.
“I used to be signed with one of the bigger production companies”, says Ben Jones, a director with a portfolio including work for Adidas and the BBC. “And it’s true to say that I did feel like another one in the pen. There was also more than one occasion on which I was told I couldn’t do a certain job purely because they didn’t feel the budget was worth their time. It was frustrating, especially when we all want to be working. So I think there’s definitely an opportunity to forge a new culture that looks a lot like what The Mob is doing right now”.
Andy Saunders, a director who’s worked under the new systems and whose work includes spots for ALDI and Versace, strikes an agreeable tone. “From a director’s point of view, it makes my skill set immediately available to a broader market. And when you couple it with the new website, especially with the search function, it gives the choice of director to the client. They have a script, they want a director, and within a minute they have reels in front of them. It's simple, easy, and therefore should open up more channels into agencies and clients for directors rather than them being controlled by a production company”.
Adam Wells, who has worked with clients including Mercedes Benz and PlayStation, shares in Ben and Andy’s optimism: “The landscape has changed a great deal in recent years, meaning projects can arise via a host of different avenues. We all want to be working, and I believe this way of being in several shop windows at once provides an opportunity for myself and other directors. I’m hoping this will open up new directions in different fields and give directors outside that top handful of production companies a chance based on their work, as opposed to the company they are aligned with”.
Overall, there doesn’t seem to be any desire to throw the baby out with the bathwater. “There’s no problem with having representation”, says Ben. “The problem comes around when the old model of working is closing down more doors than it’s opening up. I think that what The Mob are doing here is a leveller, making the industry more open and democratic. It’s exciting stuff!”

Searching Ahead of the Curve

Perhaps the best way to illustrate Mark’s point is the setup of The Mob's new website. Gone is the traditional production company home page with everything broken down by genre or by specific director. Instead, the user is met with a single search bar, in which they’re encouraged to search by anything from name, tag or category. Searching for ‘cooking’, for example, will throw up a number of directors signed to Mob with experience in that category. The same for ‘Football’, or ‘Health’. Rather than being bottlenecked or restricted by any preconceived ideas, the user is offered a true reflection of the options available to them at Mob. Directors whose work might not normally have occurred to potential clients will suddenly see themselves put front and centre.
The website and tagging-based search system was designed exclusively for The Mob by Via Studios. Frank Staiger, the company’s MD, laughingly recalls that “when Mark first told us what we wanted to do it did seem a little bit crazy! Because when you tell people there’s going to be a search function they tend to expect Google, and nothing less than that. So we had our work cut out, but we managed to come up with a bespoke system that does the job!”.
The bespoke search system that Frank refers to was brought to life through SohoSoho a showreels platform that was adapted to utilises tagging. This meant that every asset under The Mob umbrella had to be meticulously tagged in order to bring up the correct results. “Because of this tagging system”, says Frank, “we’re constantly reviewing the data and improving the site all the time. It also means that The Mob is going to be ahead of the curve - setting the system up took a long time, and thanks to the data we collect it will be improving every day at this point.”.

For an industry still rocking from the effects of the pandemic, there has perhaps never been a more welcoming environment for new ideas.
“The Mob has never been a company that’s afraid to reinvent itself”, notes Mark. “Even back in the early days of creating Mob Sport as its own separate entity or opening up in Manchester. This feels a little like that, changing not for the sake of it but because it’s the right time to do so”.
view more - Trends and Insight