Nimble Content's director creates an emotional piece for the foundation 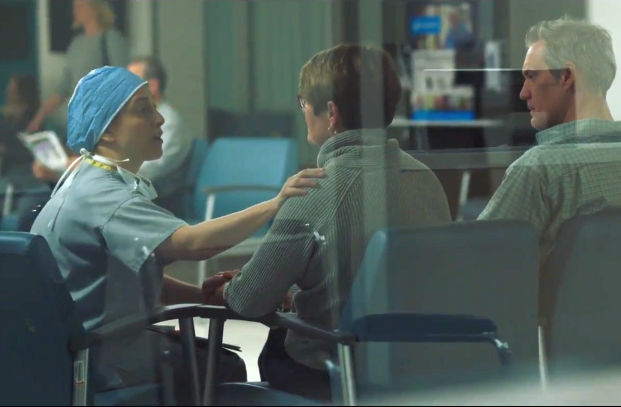 Nimble Content director, Kelsey Larkin, is rapidly creating a reputation for beautifully crafted commercial films driven by nuanced emotive performances and strong cinematography. She recently completed a new spot for the Joseph Brant Hospital Foundation with a script that called for showcasing ‘Moments that Matter’.

“Rebecca Williams at Marshall-Fenn had eloquently written such an emotional piece I knew immediately how I wanted to capture it” says Kelsey. “Sometimes as a director it can be hard to visualise a script on the first read, not this time.”

Shooting in a working hospital creates its own unique production challenges. “The care of the patients and their comfort came first. There were areas we avoided shooting in because of how intimate the patient’s needs were. We're creative people, we can make anything work”.

Kelsey had recently come off several athlete focused projects so it was nice to change gears to something more emotional. “Shooting this piece for the JBH Foundation was a dream” she says. “I was able to bring my background in shooting sports and marry some of that raw style to the emotional scenes. I think it worked really well.”

What’s next for Larkin? “I'd love to explore this subject matter more in the future. It was emotional, relatable and challenging to work on. I couldn't be happier”. You can see more of Kelsey Larkin’s work here.