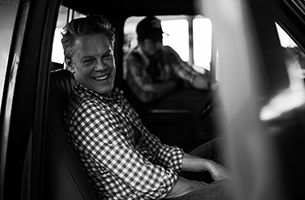 Fleisig brings to his work an offbeat brand of humour inspired by life’s imperfect moments, culminating in a body of conceptual spots with a broad entertaining appeal. He splits his time between New York City and Los Angeles. Check out his reel here.