Can You Name All the Impersonations in Jack Morton's Freeview Stunt? 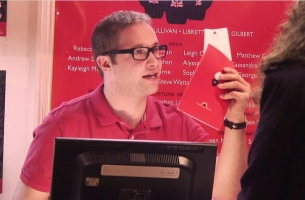 Freeview has just launched the next iteration of its ‘Entertainment. It’s Even Better When It’s Free’ campaign.

Created by Jack Morton Worldwide, the online campaign features three videos that centre on box office attendant, Freddy.  He has a penchant for impersonating stars of TV and film and rewards unsuspecting members of the public with free tickets for that evening’s entertainment.

The character is played by stand-up comic, Joseph Wilson, and filmed in various entertainment venues with hidden cameras capturing real-time reactions of disbelief followed by delight.

The campaign, also called ‘Freddy’, will run online through to March 2015 and will be supported by video-on-demand activity across 4oD and ITV Player as well Freeview’s social media channels and a dedicated hub at www.freeview.co.uk/freddy.

James Chambers, Partnership Marketing Manager at Freeview said: “‘Freddy’ comes on the heels of our much-loved ‘Left Behinds’ and ‘Cat & Budgie’ integrated campaigns. This online-only activity still focusses on surprising moments of entertainment: by catching people just as they’re ready to pay, their expressions prove that entertainment really is better when it’s free.”

Keith Chamarette, Head of Digital, EMEA, Jack Morton Worldwide commented:  “Freeview was looking for a bold idea and we love nothing more than a client who will join us in seeing how far we can push an idea. We've loved creating this work and can't wait to see it unleashed on the public.”

The first two videos, set in a cinema and theatre have launched first with the third set to land in March 2015.