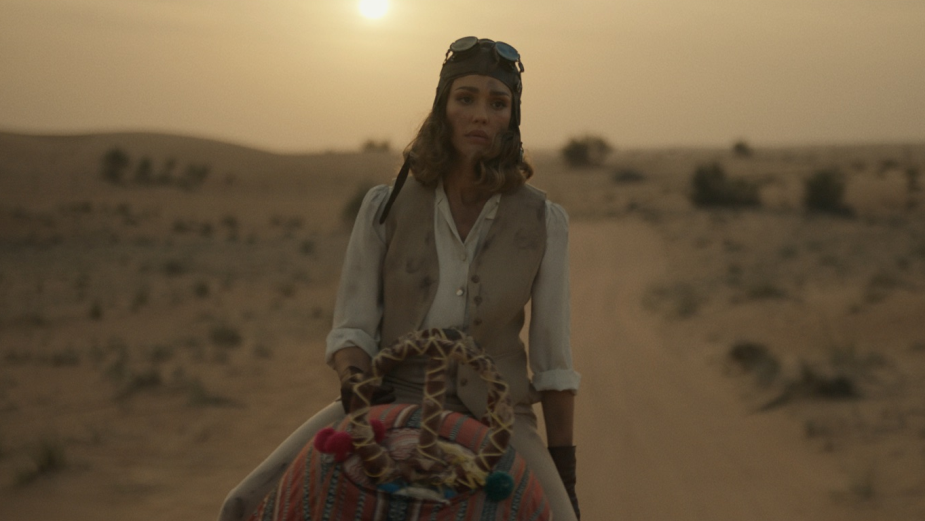 Dubai Tourism and Mother have launched the latest film in the 'Dubai Presents' series of blockbuster trailers starring Jessica Alba and Zac Efron.

In the latest trailer, called 'Dubai Presents: A Captivating Saga' and created by Mother, the Hollywood stars play characters in a period drama set in Dubai in the 1950s.The film centres around the story of a young aviation pioneer, Alba, at a crossroads in search of the conviction and answers she needs to beat the odds.

The one-minute film directed by Craig Gillespie, hints at an itinerary packed with hidden gems - from uncovering the city’s rich history dating back to the Iron Age to a perfect day spent on a desert oasis; indulging in a delectable Emirati meal over a campfire and learning about Bedouin traditions from falconry to astronomy and more.

Through stunning cinematography and art direction, Dubai: A captivating saga raises the curtain on a city that has always been a bustling cosmopolitan center of trade and cultural exchange.

The blockbuster trailer pays homage to the city’s multicultural roots as it prepares to celebrate the UAE’s Golden Jubilee and the start of Expo 2020 Dubai.

Shot on location in Dubai with the city backdrop acting as the set, the films will run in digital, cinema and TV media in 27 global markets in 15 languages.