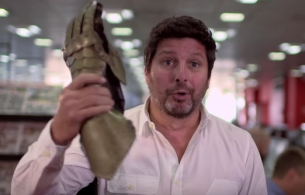 Sir John Hegarty on the Future of Talent: “Your Own Black Book Has Become A Very Limiting Way To Find The Right Person”
Thinking Of Buying An Oculus Quest 2? Here’s All You Need To Know
Jessica Alba and Zac Efron Take Action in Spy Thriller Trailer for Dubai Tourism
“Pyramids Are Tombs for Talent”