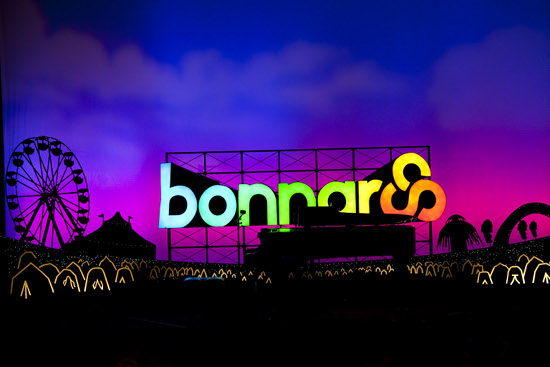 Recognizing the wealth of talented musicians, artists and performers that use YouTube as a virtual stage, the video-sharing website’s largest music network, INDMUSIC, and organizers of the Bonnaroo Music & Arts Festival successfully carried out an experiment: They brought together four popular, distinctly different YouTube acts; gave them four days to create an hourlong set of music; and debuted the resulting band, Soopergroop, at the music festival for a one-time-only performance before thousands of festival attendees.

Soopergroop members Knower, Jenny Suk (aka JENI), Black Violin and fearless bandleader Soul Khan met for the first time at Bonnaroo in June. The process of bringing the artists together for the four-day festival was filmed and packaged into an eight-part documentary series by Los Angeles production company Kids At Play, and was recently released on Bonnaroo’s YouTube Channel, at www.youtube.com/bonnaroo365. The audio from Soopergroop’s performance was also compiled into a mixtape, which is available for free streaming and can be downloaded at

Bonnaroo’s organizers dug deep on YouTube to assemble a band with completely different lyrical and instrumental styles, said Howie Caspe, general manager of original programming at Superfly Presents, the entertainment production and marketing agency behind the Manchester, Tenn., event. They sought superlative talent across a wide spectrum of musical genres, he added, and they found artists showcasing the impressive level of talent that exists outside traditional music discovery outlets.

“YouTube is filled with amazing talent, but generally that’s not what you see celebrated,” Caspe said. “In a world where cat videos and toddlers falling on ice get the vast amount of attention – don’t get me wrong, I love those videos – we wanted to try and create something by combining incredible one-of-a-kind musical talents, and to give these artists who’ve built themselves in the digital space a massive real-world opportunity to showcase their talents. Bonnaroo is known for unique and experimental collaborations, and this fit right into our wheelhouse.”

Following are more details about the Soopergroop artists:

- Soul Khan is an American songwriter, rapper and retired battle rapper from Brooklyn, N.Y. His YouTube channel, YouTube.com/soulkhan, has achieved 1.6 million views.
- Jenny Suk, known as JENI, is a singer and songwriter from the San Francisco Bay Area. Her channel, YouTube.com/msxjenixe, has more than 240,000 subscribers and 16 million views.
- Knower, the Los Angeles duo of Louis Cole and Genevieve Artadi, creates electronic funk-pop characterized by explosive grooves and colorful harmonies. Their channel, YouTube.com/louisgenevieve, has garnered more than 1.1 million views.
- Black Violin, an American hip-hop duo from Miami, comprises two classically trained string instrumentalists: Kev Marcus on violin and Wil B on viola. Their YouTube Channel, youtube.com/BlackViolinTV, has gained more than 700,000 views since launching in 2010.

Each of the artists has a devoted following, noted producer Amy Laslett, President of Kids At Play. Because they had never met or played together before Bonnaroo, the challenge in production was bringing them together in a way that best highlighted the talents of each musician.

“We were surprised that they meshed together so well so quickly, both in personality and with their music,” Laslett said. “They really built off each other’s songs and figured out a way to bring each person and each instrument into each of their tracks, something that was difficult – but they found it heightened their music. It really was a rush for them, and the hard work was well-received and rewarded.” 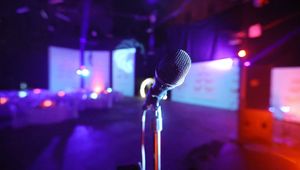 Humanaut Brand Roast: Agency Teams up with NYC Comics and Covid-19 for Most Honest Focus Group Ever 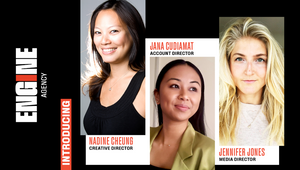 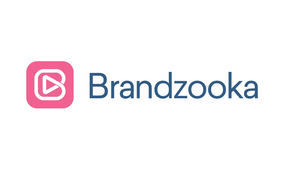 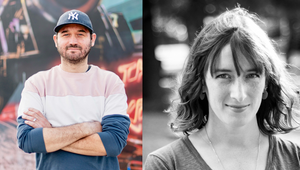