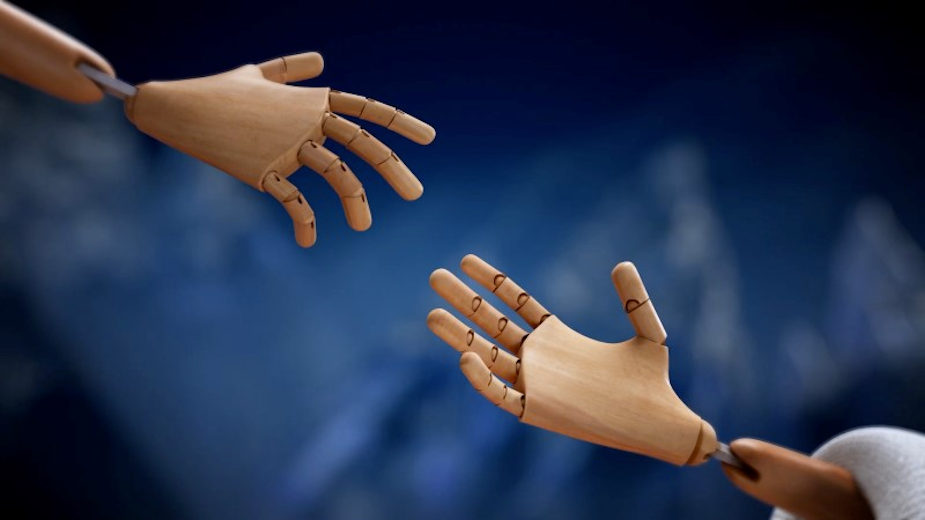 Visual metaphors for the separation caused by addiction play key roles in a stirring new animated public service announcement produced by Bonfire VFX (www.bonfire.nyc) for the Partnership to End Addiction. Titled 'Start with Connection,' it was created by the New York agency DiMassimo Goldstein and is set to a recording of the haunting 'Salt and Sea' by Grammy-nominated band The Lumineers.

The PSA is part of an integrated campaign that includes a heavy social component as well as a podcast hosted by television journalist and author Elizabeth Vargas.

In the PSA’s opening vignette, a mother tries to talk to her daughter, who ignores her as she walks past and heads up the stairs. Suddenly, the stairway transforms into an otherworldly fortress of solitude, with stairs made of ice and jagged shards underneath. In the second vignette, a dad heads for the doorway of his daughter’s bedroom, but her look of hostility slams the door and creates a web of thick roots and vines that block his passage. In the last vignette, a grandmother approaches her grandson, looking lost as he sits on a couch. As she sits beside him the sofa suddenly widens, leaving a red-hot chasm between the two.

Each vignette ends with the adults reaching out with love and understanding, an act that’s pivotal to the story’s message. As they connect, the artifices keeping them apart, created visually by Bonfires’ artists, fall away.

The initial development of the look was created in CG using the Unreal Engine, and the characters in the finished piece all have a hand-made look, as do the environments where all the action takes place – and this was by design. Centered around family situations, the ‘cast’ resembles marionettes, with just enough facial features for their range of emotions to be discernible. And the use of what looks like tactile surfaces, fabrics and finishes in each scene lends the spot a warm and human feel.

“We wanted people to be able to see themselves in the spot, and animation gave us that ambiguity,” says Bonfire creative director Aron Baxter. “And the spots had an element of surrealism to them, which illustrates the pain and anguish of alcohol and drug addiction, which also lent itself well to animation.” 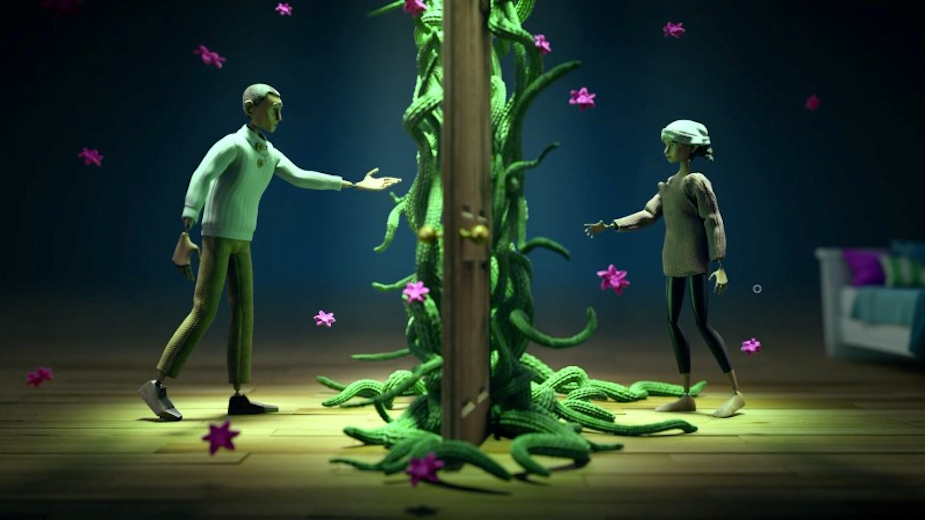 Aron says a family connection actually played a role in their pitching the character design. “I was talking about this with my teenage daughter, and in her room there’s a tailor’s mannequin. And I looked at it and thought, ‘we want to get the feeling of home in this spot.’ And that’s what the creative choice reflects.” Adds co-creative director Brendan O’Neil: “It gives us a kind of majestic feel, yet one that’s grounded in reality.”

The Bonfire team partnered with Juice Studios on the animation, with Aron and Brendan focusing on character design and development, the narrative and the edit. It helped that Bonfire and Juice had teamed earlier this year for a Samsung project for the agency, “so there was already trust and familiarity with the team,” explains EP and managing director Jason Mayo. “And here at Bonfire, we have a personal connection with the subject matter, as a couple of our own people are in long-term recovery. The Partnership was aware of that, and we leaned on that experience for a deeper perspective.”

Indeed, Bonfire’s take on the value of the family connection was invaluable. “While the Partnership wanted something emotional and powerful, it was important that the tone remained hopeful, since the message is aimed aimed at the loved ones of addicts, who have to deal with how addiction affects the family,” Jason adds. “We wanted the family to serve as both a resource and a source of strength.”

The agency’s response was visceral, and spot on: “The artistry of the Bonfire team, and the pure pleasure of the collaboration, made it possible to transmute insight and empathy into something extraordinary,” says Mark DiMassimo, creative chief. 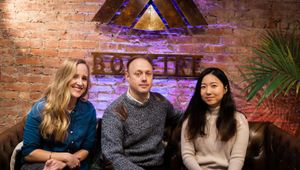 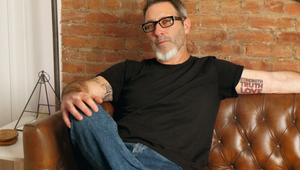