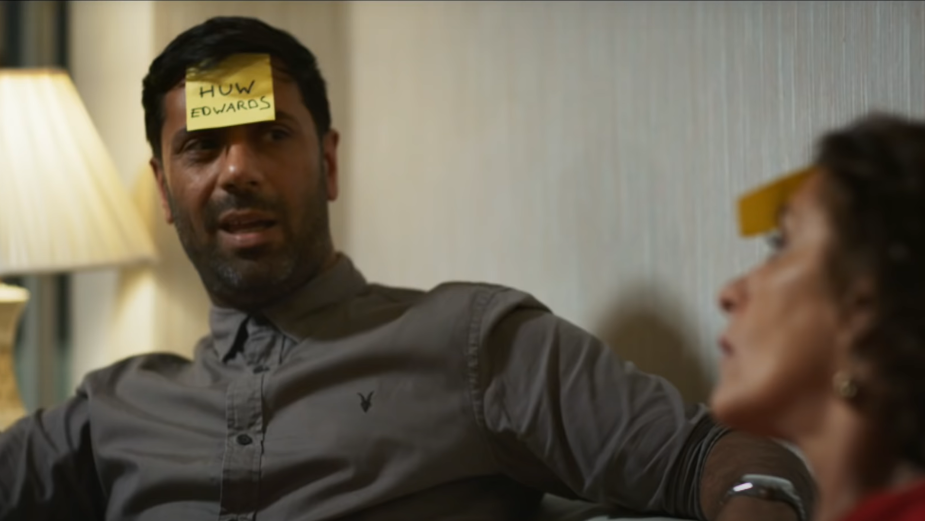 The BBC is today launching its Christmas 2021 short film that will run throughout the Christmas period on social media.

Produced by BBC Creative, the short film, which goes live across the BBC’s social channels today, features two families celebrating Christmas in their own unique ways and captures the joy in sharing special moments with loved ones.

In addition to the fun, food, bickering and games, we see there’s even more that unites the families with the BBC at the heart of their celebrations, from snuggling up on the sofa watching a Christmas special, to listening to a festive classic on the radio or following a Christmas recipe from Nadiya.

This Christmas there is something for everyone on the BBC, from a huge array of brand new shows and specials, to festive editions of audience favourites, including Shaun the Sheep: The Flight Before Christmas, Superworm, Around The World In 80 Days, The Tourist, A Very British Scandal, EastEnders, Doctor Who, Strictly Come Dancing, The Hit List, Top Gear – Driving Home For Christmas, Mrs Brown’s Boys, Michael McIntyre’s Christmas Wheel and many more.

Jane Lingham, director, BBC Brand, says: “The BBC is at the heart of Christmas for millions of households across the UK, from listening to carols, to checking festive recipes, watching Christmas specials and of course tuning in for the drama of EastEnders. This campaign brings that to life in a way that we all recognise by showing how the BBC is part of all our Christmases.”

The film has been created by BBC Creative, the BBC’s in-house creative agency, working with Director James Rouse from Outsider.

Paul Jordan, executive creative director, BBC Creative, says: “As we know all families are unique and in many ways that’s what the BBC’s Christmas film is all about - how we are united by our differences. The BBC is a unifying theme that runs through the heart of the film, bringing us together, and if you look carefully, you’ll notice it’s always there, like a golden thread of tinsel running right through our Christmas.”

Susan Ayton, creative director, BBC Creative, says: “It’s been brilliant showing the reality and humour of different Christmases through two families joined together by a blossoming romance. I love observing their festive pleasures of eating, playing games and watching TV together. Reminding us that however you celebrate Christmas, the BBC will always be there.”

James Rouse, the film’s director, says: "Despite humanity’s many surface differences, when it comes to the important core values there’s more that joins us than we first might think, something that’s especially true at Christmas. We had a fabulous cast of diverse characters to bring this lovely idea alive which made this film a joy to work on.”