With donations dwindling, Zulu stepped in to help the Advertising & Design Club of Canada get back on top with the first ever ad club 24 hour fundraising webathon 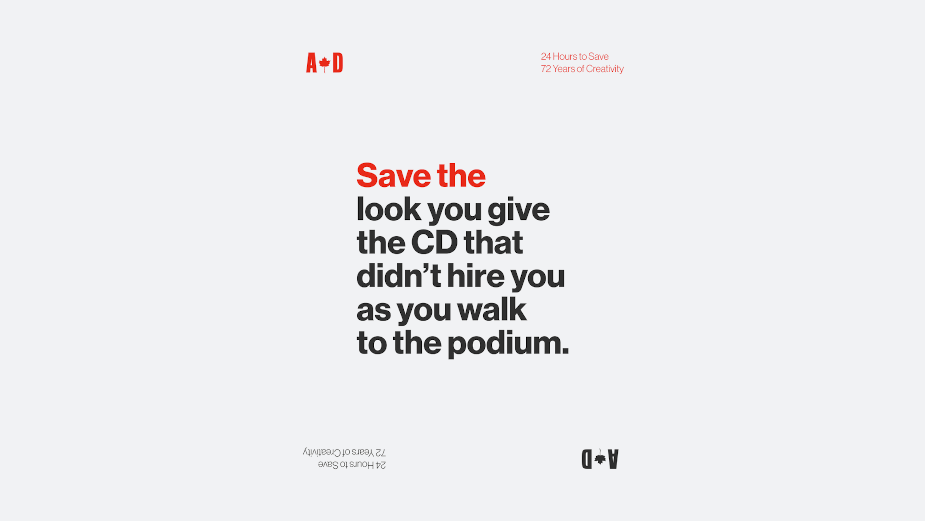 When you’ve been around for 72 years, you’ve seen a few firsts. But for the Advertising & Design Club of Canada (ADCC), 2020 has proven to bring a first like no other for the non-profit organisation. As a result of the Covid-19 pandemic, the heavily-relied on funding that supports and provides valuable tools and opportunities for future generations of creative talent had all but disappeared.

When reality set in that this year could possibly be the last for the ADCC, Michelle Ovcaric, executive director of the club, reached out to Toronto creative agency Zulu Alpha Kilo to rally the Canadian advertising and design community together. The question then became, how can this be done in a relevant and unconventional manner in the age of virtual gatherings? The agency came up with the answer – host the first-ever ad club 24-hour fundraising webathon and include segments like live creative battles, portfolio tips, how to start your own agency, design documentaries, panel discussions with creative leaders from around the world - to the more ridiculous like stand-up comedy acts, participating in a Q&A session while a notable creative leaders eats her or his breakfast, or watch an agency founder catch some sleep at 3:00am. One of the segments even includes a live ‘Creative Auction.’ Agencies and companies from across the country have donated items of varying degrees for the public to bid on. The auction items will be available at the start of the webathon, and the winners will be announced towards the end of the show.

Andrew Simon, president of the ADCC says: “Compared to others, we know we’re not top of mind for people when it comes to asking for donations. Yet, as a non-profit, we’re in a very different position compared to other programs, even as the economy starts to slowly open up. We rely on the funding to help support not only our awards programs, but also our speaker series, student competitions and many other events that run year-long.”

The design system for the ADCC All-Nighter Webathon reflects the theme of 24hrs – from the rotating animation of the logo, to the colour scheme resembling sunrise and sunset. The promotional materials include email blasts, notification alerts, static posts and social videos that dig deep into the archived annuals to feature first ADCC wins - recounting the nostalgia that comes with ‘never forgetting your first.’ A social campaign features Canadian ad icons - Judy John, Paul Lavoie, Zak Mroueh, Janet Kestin and Nancy Vonk’s first ADCC award wins from the 80s and 90s. Additional materials include playful overdubs of well-known iconic Canadian commercials, such as the Canadian Tire ‘Red Bicycle’ and VIM ‘Prisoner,’ that showcase the importance of supporting the ADCC.

Zak Mroueh, founder and chief creative officer of Zulu Alpha Kilo says: “For many creatives in Canada, the ADCCs are your first exposure to the excitement and thrill of the industry. It’s an incredible organization that has supported up and coming young talent for decades and now it’s our turn to support them.”

The ADCC All-Nighter will take place on July 10th-11th, 7pm-7pm and the global industry is invited to tune in. The webathon will run through Eventstream, and a link to view as well as access the donation page can be found here.