Agency responsible for increasing the two brands' presence in Indonesia 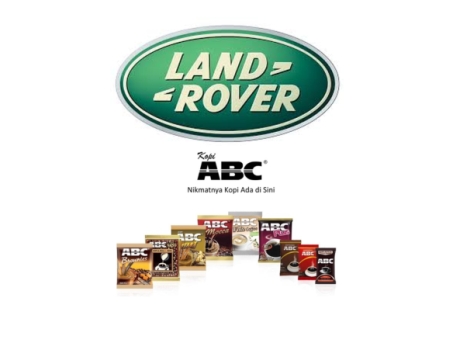 Y&R Indonesia has been appointed to the prestigious Land Rover account, the world’s leading manufacturer of premium all-wheel drive vehicles. The agency will be responsible for increasing Land Rover’s brand presence in the country.

PT Grandauto Dinamika (GAD) is the official distributor of Jaguar and Land Rover in Indonesia; GAD chief operating officer Lisa Wijaya commented, “The objective is to reach out and tap the vast potential that Indonesia offers to the Land Rover marque as we launch new models this year and next. We look forward to working with Y&R Indonesia to achieve our exciting objectives.”

Y&R has also won Coffee ABC Susu, concluding a four-agency pitch believed to include Dentsu, GREY and Ogilvy. Commenting on the win, Armando Siallagan, Coffee ABC Susu Group Brand Manager said, “Indonesia’s beverage market is known to be intensely competitive, and with Y&R Indonesia’s help, we aim to lead the Coffee ABC Susu brand to the forefront of the category.”

Coffee ABC is a product of PT Santos Jaya Abadi, one of the many companies incorporated in Kapal Api Group. Santos Jaya Abadi is the largest coffee producer in the country who also produces several other coffee brands such as Kapal Api, Good Day and Excelso.

Matthew Collier, CEO of Y&R Group Indonesia added, “As Y&R Indonesia is redefining our position in market, it’s with great pride we have been appointed to such brands as Land Rover and Coffee ABC Susu, leading brands in their respective categories. I’m proud of the work the team has created in the first phase of our relationship and I’m looking forward to seeing immediate and quantifiable business results proving our focus on effectiveness."