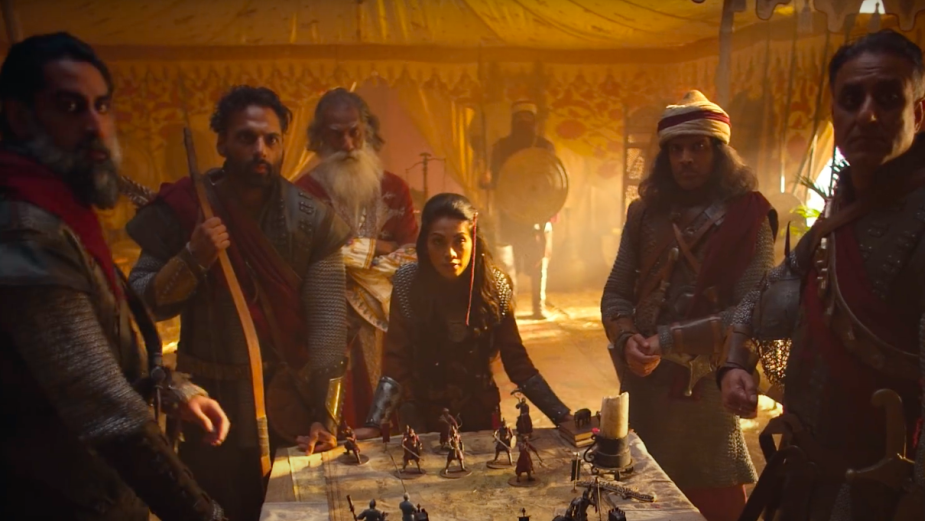 Microsoft Xbox and gnet bring fans to the battlefield in the live-action launch trailer for Age of Empires IV. The latest title launches October 28 on PC, with pre-orders available now.

Fusing cinematic zeal with the game’s diverse fighting tactics, audiences watch a strong army commander as she confidently decides how to handle waves of Mongol warriors, English fleets, and even camel-mounted archers - they’re no match for the warring elephants! Real-time strategies are realized with cinematic footage and animated set-pieces, bringing players straight into the action.

Hollywood-based creative agency gnet captures the adrenaline-rush adoration for games made famous in other live-action campaigns for Microsoft Xbox, Cyberpunk 2077, and beyond.

Notes Sam Brody, Microsoft marketing communications manager: ​​”We partnered with gnet to bring the ethos of our campaign tagline ‘Make History Your Story’ to life for both Age of Empires fans as well as a broad set of PC gamers. The trailer puts fans in the boots of our commander and is the culmination of our creative efforts over the past 6 months to help humanize history.”

gnet has been a force behind some of the most passionate fan frenzy sparked online, working with clients like Microsoft and Netflix to craft campaigns that not only create conversation but build fan communities. Most recently, gnet lent their fan-building expertise to “WitcherCon,” a global digital convention celebrating The Witcher franchise, which drove online searches for ‘The Witcher’ up 78%.