Work of the Week 218 Add to collection 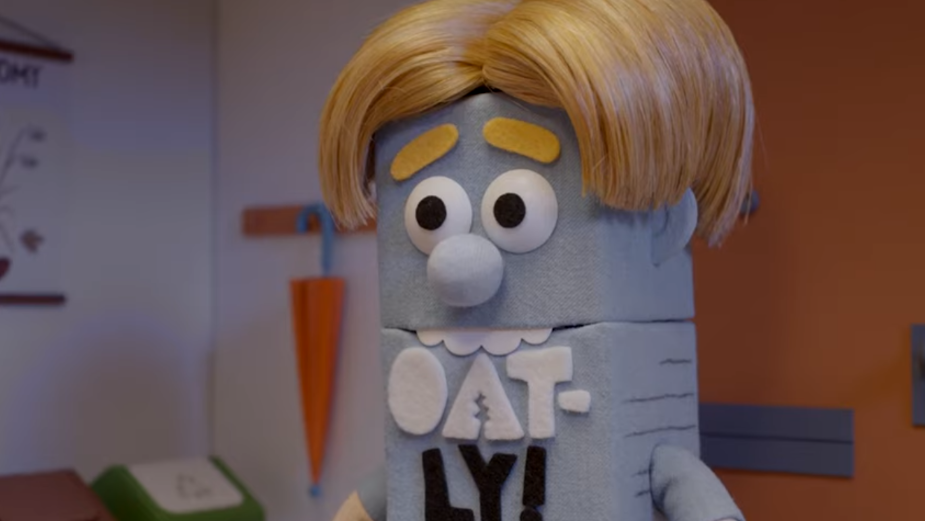 This week’s top picks are truly a mixed bag. From animated oat milk cartons to TikTok stars making modelling debuts and the beginning of Chinese New Year celebrations, creativity is on display in its full breadth. But in amongst reality, gaming and the metaverse are hot topics, and while some are embracing the change, the UN fears this will bring a rise in inequality and takes the opportunity to shine a light on it.
In Oatly’s THE NEW NORM&AL SHOW, a mini-series uses Alexander Perkins, Ethan Lawrence and Rob Witcomb’s voices to animate puppets as they navigate through plant-based life together. The BAFTA award-winning Nexus Studios collaborated on the campaign which is set to roll out across Europe and Australia, as the leading oat milk seller aims to drum up a conversation.
Other work includes a hotly anticipated modelling debut from trainspotter Francis Bourgeois, as he boards a train towards a second instalment of The North Face X Gucci collaboration. And as Chinese New Year approaches, Apple releases ‘The Comeback’, shot on the iPhone 13 and telling a new year's tale of determination.
But that’s certainly not all. To see our best picks from this week’s world of creativity, keep reading below.