Why We’re Still Talking About the Creative Gender Gap

INFLUENCERS: Proximity's Rebecca Bell and Clare Trepleton on the struggles that all-female teams often face around the industry 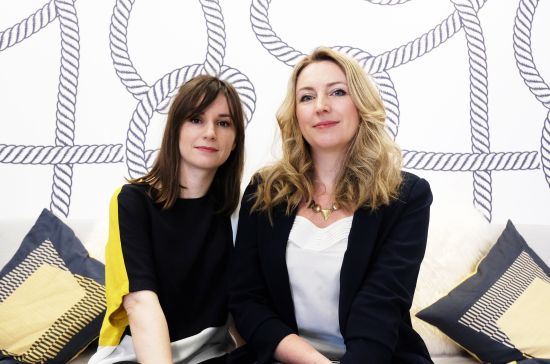 Named by Campaign and Creative Equals as future creative leaders earlier this year, creative team Rebecca Bell and Clare Trepleton know a lot about coming up with award-winning campaigns. But they also know a bit about the struggles that all-female teams often face around the industry.

“We lament the fact that in offering our thoughts on being a ‘female creative team’, we’re still talking about ourselves in a separate sense because of our gender,” they said when asked to write this article.

Well, if anyone can change things, these two can. Here are their observations.

This ostensibly sound principle feels like unfair, lazy logic when you’ve experienced girls-get-girls briefs. There’s a sinking feeling when you’re put on a brief that it’s assumed you’ll do well because of your XX chromosomes – assumptions made by women as well as men.

It’s a double blow if this means you don’t get a crack at an agency’s award-winning accounts because you’re not seen as the right fit. It’s even more frustrating when you want to hone your craft on diverse products, problems, tones of voice etc. – especially when you’re a junior.

Like any creative team worth their salt, we do extensive research, find insights and stand in the shoes of our audience. Varied creative challenges help teams learn the skills to do good work.

Push for wide-ranging briefs and see the potential in all of them. Raise it if you think you’re being pigeonholed. It could be putting you at a disadvantage.

The burden of representing your gender

As a part of a female creative team, there’s this running commentary in your head related to gender: would that thing have been said/done to a male team? Would I have been spoken over if I was a bloke? Will my actions be attributed to my gender, or to me as an individual? Will I be deemed sensitive? Emotional? Difficult?

Even writing this article, we thought: ‘Pfft, are we just gonna be seen as whinging women? No one likes that.’ We shouldn’t even care, but experience has taught us we’re not always treated the same – and there are some dispiriting studies that bear this out. Take this one, about how women and men are perceived when they get ‘angry’: People Reward Angry Men but Punish Angry Women

We’ve been told about the importance of representation for other women aspiring to creative roles, but the downside of this is that you can feel like a disappointment to womankind if you’re not brilliant at all times. What we really want is to be ourselves. Which brings us neatly to our next point.

Imposter syndrome and self-criticism is normal. Don’t put yourself under unreasonable pressure. Build each other up and dust yourself down from the setbacks. Working in a female team has been good for us because we’ve always had mutual support, but you really need self-belief too.

Permission to be yourself

Over the years, the behaviours classed as those of a ‘good’ creative have often made us uncomfortable. There are legacy rules that can make creative departments feel hostile to divergent styles and forms of leadership.

Our advice would be: don’t change. You are who you are, and that’s the difference you add. If we all think and act the same, we’re not actually becoming any more diverse.

At this year’s Omniwomen conference, Ruth Hunt, chief executive of Stonewall, said something really thought-provoking about this. Referring to the phrase she hears employers say time and again: ‘I just want the best person for the job’ (the principle of a meritocracy), her response was this:

“Meritocracy is actually assimilation. [Do people] have to think and act and challenge and be creative in exactly the way you want them to?... Set a different standard for what good looks like."

Essentially, we as women have to find our own way. Slotting in with the status quo does us more harm than good and doesn’t foster greater diversity – in our creative thinking, or the make-up of our creative departments. 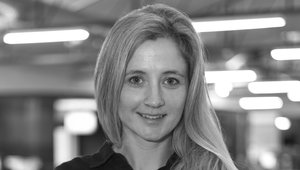