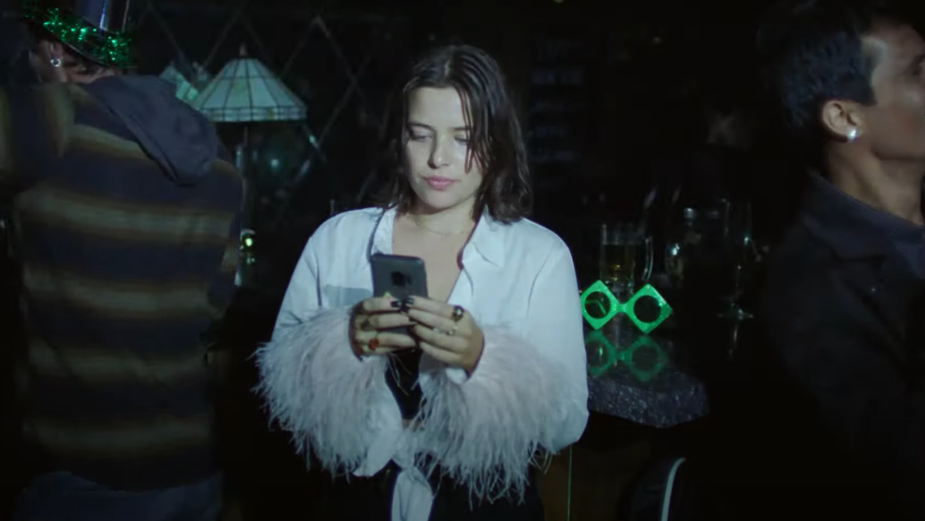 WhatsApp takes viewers around the globe on New Year’s Eve to tell the world that, “It’s not the New Year until you get the message you’ve been waiting for.”

The campaign finds its roots in celebrating the global diversity of WhatsApp’s audience and their collective feelings of languish. After nearly two years of the pandemic, some of the magic of the year’s biggest moments started to fade and New Year’s Eve — the yearly moment of starting fresh all over the world and using WhatsApp to connect with loved ones — has lost its lustre.

But no matter when the clock strikes midnight, the only thing that really matters is sharing that New Year’s exchange. That’s why a message can be just as meaningful earlier in the day or 3am the next day. So as we headed into 2022, WhatsApp wanted users to celebrate the moment that really starts the new year because… “It’s not the New Year until you get the message you’ve been waiting for.”

The timely story, directed by Cannes Lions winner Niclas Larsson and shot by Oscar winner cinematographer Linus Sandgren takes our shared feeling of waiting to move forward and transforms it into a world-stopping reminder that New Year’s is about our connections to the people who matter most to us.

Tres Colacion, global creative lead — BBDO, comments: “New Year’s Eve is one of the few collective, global moments and so it was important to use that work to be inspired by a truly universal insight. In each format, from 6 seconds to well over 3 minutes, we set out to capture the essence of what it feels like to receive the message you’ve been waiting for. And while the work may take us across the globe, the team worked tirelessly to craft a visual world where each of our heroes is the main character of their own night.”

The campaign which spans social, digital video, broadcast, and cinema, takes us on a journey around the world. Starting with the shorter 6 and 15-second formats, we’re transported to various New Year’s Eve celebrations. From a church in Nigeria to a typical Mumbai courtyard and the beaches of Brazil, each clip is a glimpse into a different celebration where each hero is frozen in time until they get that all-important message. Each vignette is linked by the universal insight that “It’s not the New Year until you get the message you’ve been waiting for.”

In the broadcast 30 and extended 60-second formats, the universal stories are seamlessly weaved together. As the world begins to countdown, we feel a collective global moment where a series of different people are all frozen, together, in waiting. Amongst fireworks, a busy pub, and even a full-blown choir of churchgoers, we see different people who seem to be waiting for something. As the countdown reaches its prolonged climax, one of the film’s heroes sends a meaningful message. A flurry of messages are released in an instant and the world whips back into real-time as we see the ads’ heroes revel in their private moment of connection.

The 90-second cinema format builds on the broadcast version by introducing the story of two of the film’s heroes. As the world freezes in anticipation, we dive into a story of star-crossed lovers. In a roughly 45 second segment, we make our way from a chance meeting on public transport to the highs and eventual lows of young love. Told in director Niclas Larsson’s telltale visual language, amplified by the partnership with DP Linus Sandgren, the story effortlessly moves from macro to micro to macro again. It’s an advertisement that is not merely shown in cinema but rather purposely made to live on the large format.

One apparent criticism of the film may be that it leaves the viewer wanting to know more. The film’s longest format, a staggering 3:45 seconds, delivers on that desire. The short film takes a deep dive into one of the campaign’s stories of connection, putting a true punctuation mark on the brand’s claim that “It’s not the New Year until you get the message you’ve been waiting for.” The short film delves deeper into the lives of two WhatsApp users as we follow their love story from that chance meeting on the London tube to many of life’s trials and tribulations. Eventually, we learn that — in a very timely touch —one of the unnamed protagonists must return to his home country. The story possesses a depth that truly draws the viewer into the insight — that the moment of reset for the New Year starts with that meaningful message from a loved one.

Running in markets spanning the entire world, the campaign is both broad enough to be reflective of WhatsApps global user base while also possessing a sense of unmatched intimacy that the brand is quickly becoming known for. 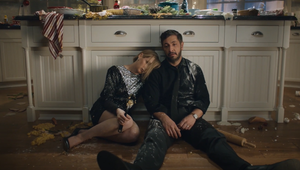 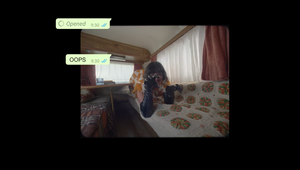