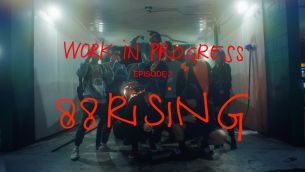 Episode II of WeTransfer’s ongoing exploration in creativity and collaboration, “Work In Progress”, features pan-Asian hip-hop collective 88rising. Created with series partner Pi Studios, WE ARE Pi’s entertainment company, it premieres today on WePresent alongside exclusive download pack - all to be found on we.tl/wip-88rising.

Thursday 14th June 2018. 88rising, the pioneering music and arts collective with some of the most groundbreaking acts from Asia, have teamed up with WeTransfer and Pi Studios for the 2nd installment of the WePresent series: Work In Progress .

The four-part documentary series celebrates the type of collaboration central to WeTransfer’s role as a conduit for creatives to share and workshop their projects with one another with the installment focusing on the tastemakers responsible for bringing the likes of Rich Brian, Keith Ape, Higher Brothers, NIKI and others to the masses. Centralized around an interview with 88rising founder Sean Miyashiro, and filmed on a rare occasion that the whole 88rising crew were recording together, take a deep dive into the 88 process towards creativity, collaboration and success.

Jamal Dauda, Global Head of Music at WeTransfer: “With Episode 2 of Work In Progress, we continue our exploration into collaboration in music, in all its wonderful forms. 88rising is such a compelling team to highlight, because they can’t be easily contained to one genre, category, or even continent. Their seemingly disparate, totally cohesive partnership feels emblematic of how technology, innovation, and passion have unified us all in the global musical landscape of 2018. Its the type of connectivity and transfer of ideas we're beyond fortunate to be celebrate at WeTransfer.”

Ravi Amurtarga Hitchcock, Head of Pi Studios concludes: “88rising represent a new, unique breed of cross-cultural creativity that links east and west in such a striking way. They’re the perfect subject for the latest episode of Work In Progress, showing the very different ways in which the pioneers of pop culture today collaborate.”

The series explores how iconic collaborations are inspired by and how they influence political, geographical, and cultural factors in today’s world. From high-profile collaborations between generation-defining artists such as Björk, to grass roots ideas exchange shaping the world around us, Work In Progress gives a snapshot of how the creative process works in 2018, and beyond. Future episodes will explore activism, cross-cultural exchange, the internet and travel.

The documentary can be found on we.tl/wip-88rising alongside an exclusive download package with posters from 88rising’s artists, a sticker, and a surprise video.

The Work In Progress series was commissioned by WeTransfer and created by Amsterdam-based entertainment company Pi Studios. 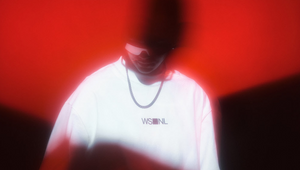 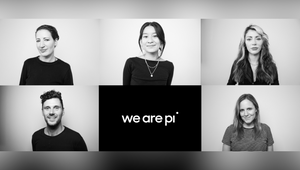 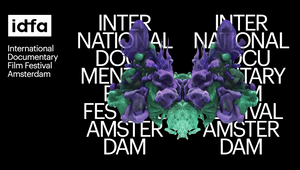