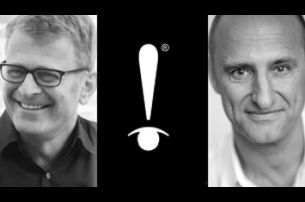 London- and San Francisco-based design firm Turner Duckworth announced its next step in expansion with the opening of a New York office to attract the best talent and help clients grow their business.

The new location in New York will build upon the firm’s established presences in renowned design cities London and San Francisco.

“With its fast-pace and wealth of design talent, New York is the best place for the firm to continue building on its creative reputation,” said Bruce Duckworth, joint CEO and chief creative officer of Turner Duckworth.

Head of Client Services Jordana Roberts Marcus will lead the Manhattan office, which aims to employ 10 staffers by the end of 2016 with a mix of Turner Duckworth veterans and new talent.

Publicis Groupe acquired the celebrated design firm in 2014 and aligned it with Chicago-based Leo Burnett. Since the acquisition Turner Duckworth has set its sights on influencing the creative world in a bigger way.

“New York is one of the world’s great design cities,” said David Turner, joint CEO and Chief Creative Officer of Turner Duckworth. “It’s the perfect opportunity for us to get uncomfortable and raise the bar for ourselves and the work we produce for our clients.”