Tulipan Translate Aims to Help us All Have Safer Sexts

Tulipan Translate, created by BBDO Argentina and developed by Genosha, translates 'hot' messages into innocent ones and encrypts them 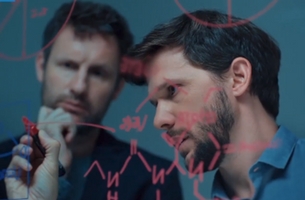 Today, sexting is an institutionalised form of sex, but it has serious safety and privacy issues. Sexts can arrive at inappropriate times, and can be seen by others, creating embarrassing situations.
Addressing this quandary, Tulipan  -an iconic and innovative condom brand in Argentina- launched Tulipan Translate, a new translator that offers an online free service for people over 18. In 3 simple steps, it encrypts messages up to 150 characters and allows the user to share them with the wanted person through WhatsApp, Twitter or Facebook Messenger.
Through the website www.tulipantranslate.com (available in mobile and desktop versions and only), the user can write hot messages that will be translated into innocent ones in order to camouflage them. These innocent messages are created with a tulip emoji in the end; that way, the recipient can know that the message is encrypted.
“With  Tulipan Translate we created a tool that provides a unique and innovative service to those who’d like to keep up with another form of safe sex”,  says Ramiro Rodriguez Cohen, Chief Creative Officer of BBDO Argentina.
Tulipan Translate, created by BBDO Argentina and developed by Genosha, has the most complete sexual terminology index in Spanish known to date; from the most simple, to the most complicated words. Tulipán Translate’s intricate neuronal complex can also interpret double meaning sentences, even without possessing offensive language they can result incriminatory nonetheless, including invented words.
view more - Creative