This Droga5 Beauty for Hennessy Travels Through Nas’ Career in Lyrics 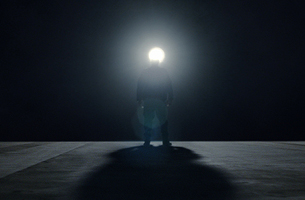 Hennessey has launched this cinematic journey through the career of brand aficionado and hip hop icon, Nas.

Created by Droga5 and titled ‘The Ride’, the spot is a continuation of the Hennessy “Never stop. Never settle” campaign. The Martin de Thurah directed spot shows Nas chasing his Wild Rabbit on the New York subway, on a dreamlike journey from the early 1980s through today. We see Nas collecting stories and converting them into the lyrics of one of his biggest hits, “NY State of Mind.” The film is not only a glimpse into Nas' artistic process but a tribute to the artist’s 20-year-long career.

In addition to ‘The Ride’ the partnership between Hennessy and Droga5 is a story within itself.

For nearly 250 years, Hennessy has been distilled and aged in the Cognac region of France. When Hennessy and Droga5 joined forces in 2011, the world’s leading Cognac brand was experiencing a post-recession, four year sales decline. Together, we gave the brand a full reboot, reframing success for its male, multicultural target as the tireless pursuit of potential. By asking them, “What’s your Wild Rabbit?” we challenged them and urged them to “Never Stop. Never Settle.” The campaign has been a major success to date. We halted the skid, posting sales growth in each of the last three years and cemented the brand’s status as the #1 Cognac brand in the US.

“During the past three years, Hennessy has worked to over-deliver against consumer and trade expectations,” said Hennessy SVP Rodney Williams. “The level of consumer engagement and trade support for the Never stop. Never settle programing has been gratifying. With the new spot featuring the Hip Hop master Nas, we hope to inspire many more people to chase their Wild Rabbits.”

Last year, we expanded the “Never stop. Never settle” campaign by demonstrating to the Hennessy consumer that greatness comes from an unending commitment to hard work and continued resilience. We told the story of Sir Malcolm Campbell and how his Wild Rabbit chase led to nine land-speed world records. What the spot unlocked in the first eight months of 2014 alone was not just renewed momentum and unassailable Cognac category leadership, but a sense of renewed potential–potential that if patiently pursued, Hennessy could one day lead all super premium spirits brands.

Hennessy has set its sights high for its own Wild Rabbit. Over the years, brand sales have seen significant growth, so much so that Hennessy is looking into additional vineyards to produce the Cognac and meet surging consumer demand. Our story also connected with consumers, significantly increasing unaided brand awareness and purchase consideration. More importantly, Hennessy sales spiked -- quadrupling our target. We even drove Cognac forward, growing the category by 18.9% in 2014 year-to-date powered by Hennessy.

"The ethos of the Hennessy brand is knowing that the top is never high enough. It's about pushing the very limits of your potential. Nas truly embodies this spirit and hopefully our customers will feel we've relayed this in an engaging way,” says Jonny Bauer, Global Chief Strategy Officer at Droga5.