The New Domino's Ad Will Leave You Lost for Words

Iris Worldwide launches campaign shining a light on the great, mouth-boggling taste of a Domino’s pizza 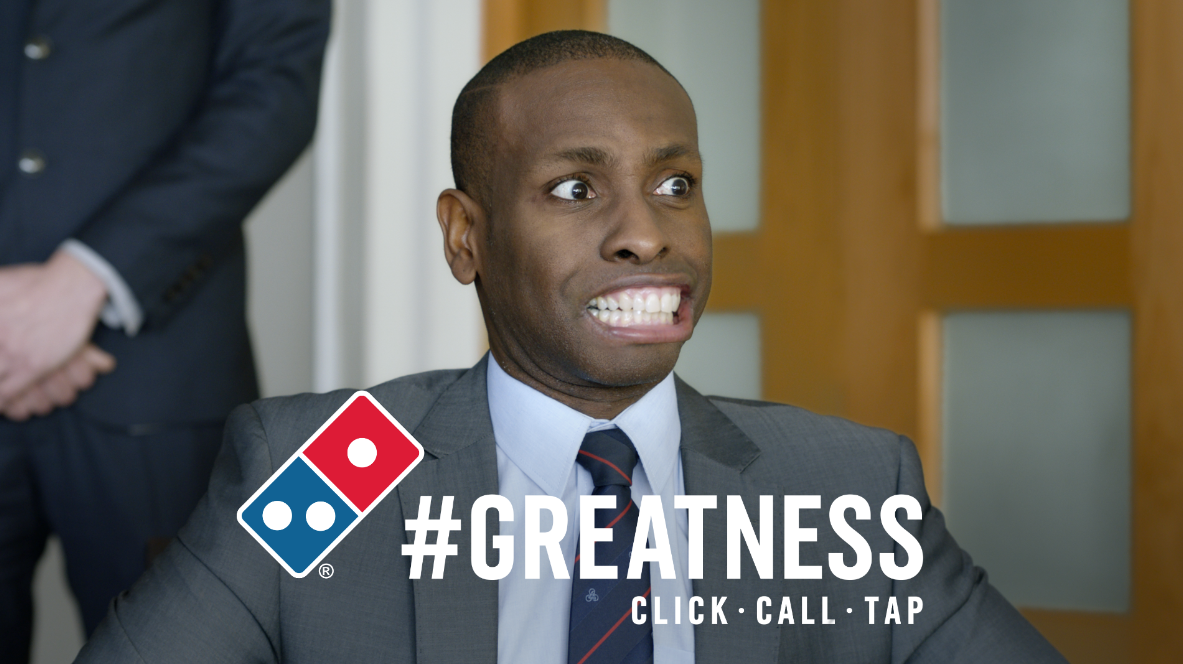 Domino’s is all about greatness, and this month the UK’s favourite pizza brand is getting even closer to how its pizzas make people feel, with a new campaign from iris that shines a light on the great, mouth-boggling taste of a Domino’s pizza.

The integrated campaign, born out of social research, rides the wave of the nation's fascination with face swapping technology, and uses it to dramatize the elation experienced when a freshly baked Domino’s arrives.

iris conducted bespoke social research to find out the main emotions that comes from Domino’s pizza – and the response came through in ecstatic gifs, snaps, pics and emojis.

In addition to creating a TV ad, VOD and a radio spot as part of the campaign, iris has developed a digital and social strategy, and for the first time launches a Giphy channel, to help fans describe for themselves how Domino’s makes them feel.  The GIFs will be available to everyone and include elements of the TVC, as well as 40 other ecstatic GIFs, from flying pizza to Domino’s loving cats.

Nick Dutch, Head of Digital, Domino’s said: “At Domino’s we’ve a passion for creating great digital experiences that tap into culturally relevant phenomena, experiences and behaviours which we believe increase the accessibility and sharability of our content, which ultimately drives a greater emotional connection to our brand. In addition, we’re really excited about the way our core idea (Mouth Boggles) can be so well interpreted and executed across all the different channels and platforms utilised in this campaign.”

iris is also creating bespoke Snapchat lenses, which was a natural step for the campaign given the ‘Mouth Boggles’ element of the campaign.  Domino’s launched on the platform earlier this year, and was keen to experiment with lenses, given the way it allows people to engage with a campaign.  The lenses allows Snapchat users to overlay a "Lost for Words" lens which ‘boggles their mouth’, reflecting similar speechless reactions demonstrated in the TV ads.

Hannah Beesley, Social Director at iris said: “We always talk about being consumer first, but it can be harder than it sounds to actually execute this. The social elements of this campaign both support and drive the message, but in a way which doesn’t feel like advertising. We’re giving pizza fans experiences they’ll want to spend time with and resources to make their time online more fun. Our social snacker audience love sharing gifs with us, and pizza has massive social currency, so we wanted to create a bank of gifeelings that bring to life the ecstatic joy of enjoying a Domino’s. Now that Giphy is partnered with both Twitter and FB Messenger, these feelings are at your fingertips for when there are no words.”