Behind the Work 318 Add to collection

Juliet creative director Noel Haan on the ‘For the Love of Live’ campaign, raising money for Toronto artists that had concerts cancelled during the pandemic 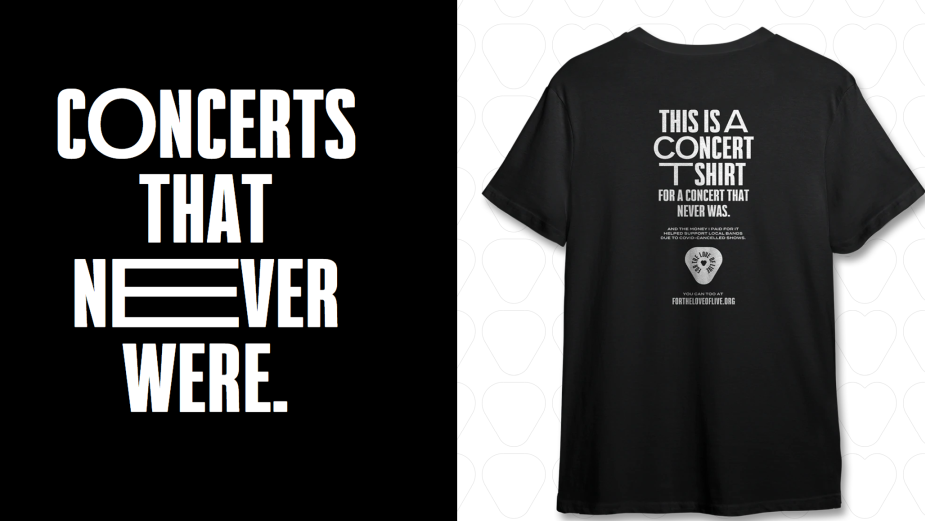 One of the most affected industries throughout the pandemic has been live music, with no crowds allowed and outdoor concerts being unachievable for most artists – especially during such a dismal winter – many performers lost their primary source of income. If you had tickets for a gig almost anywhere in the world during the last two years, the chances are that you experienced delays and frustrating rescheduling – and perhaps are even still yet to see your favourite band, singer or comedian perform.

Now, we know Covid affects taste, but hopefully you haven’t lost interest in your favourite artists from 2020/21 quite yet. Supporting your faves through streaming and livestreamed shows is of course one way that artists’ communities rallied behind them without the option of live shows, but let’s be honest, streaming is not a viable income except for the Drakes, Taylor Swifts and Bad Bunnys of the world and a live show feels rather dystopian and soulless from behind a screen, rather than in a sweltering pool of other people’s sweat and beer. 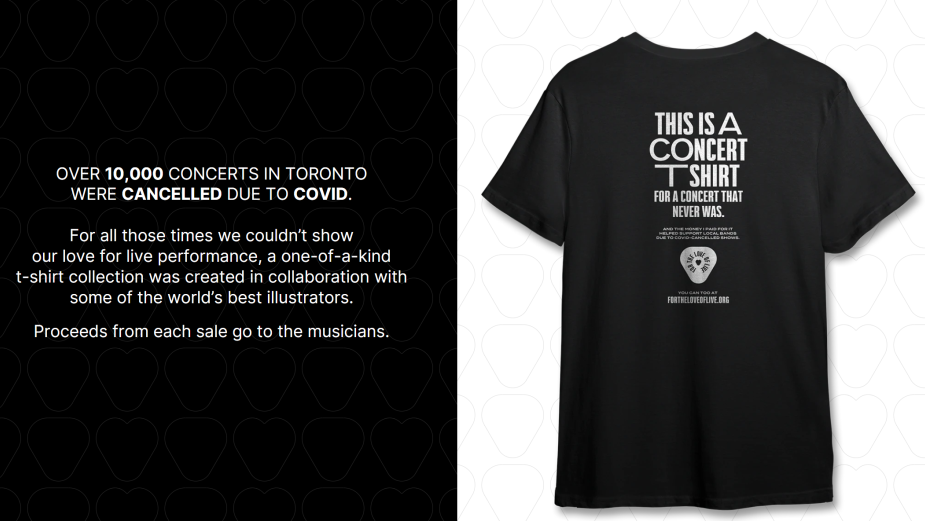 To help support the local Toronto live music scene, which is just now cautiously coming out of hibernation, independent creative agency Juliet is making concert T-shirts for gigs that never happened, due to the pandemic. For the Love of Live is a project that is producing the merch that shouldn’t exist, for concerts that didn’t - all in the name of fundraising for the Toronto artists that had their shows cancelled. “One of the things Juliet has always tried to be is a helpful member of our actual communities - not just our professional ones,” says Noel Haan, creative director at the ad agency. “After the 3rd wave hit and more cancellations were announced, we knew it was the time to get involved and help the local musicians we know and love in any way we could.”

According to Noel, the Juliet team could form ‘a pretty formidable punk rock or dad band overnight’ themselves – although very few would be all that upset if their gigs got cancelled – “maybe our moms,” he says. This team of music lovers understand the nostalgic and unique creative power of concert merchandise, as a tool for connecting artists with their audience and for the ‘unique shared experiences’ that the pandemic robbed us of: “There’s something so unique and nostalgic about a concert T-shirt. Anytime you put it on, you can viscerally relive that experience for years after - it’s like a wearable artefact,” he says. “As a way of almost memorialising those lost moments, we came up with the t-shirt idea.” 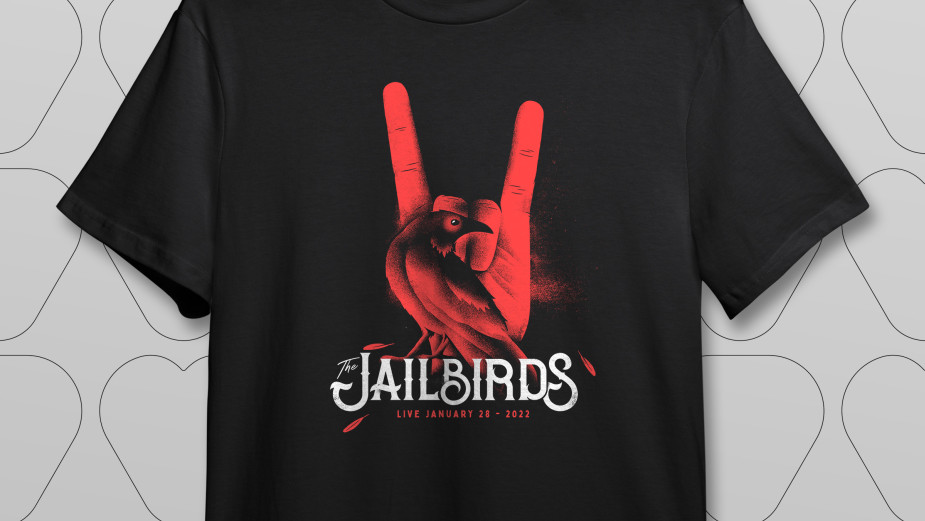 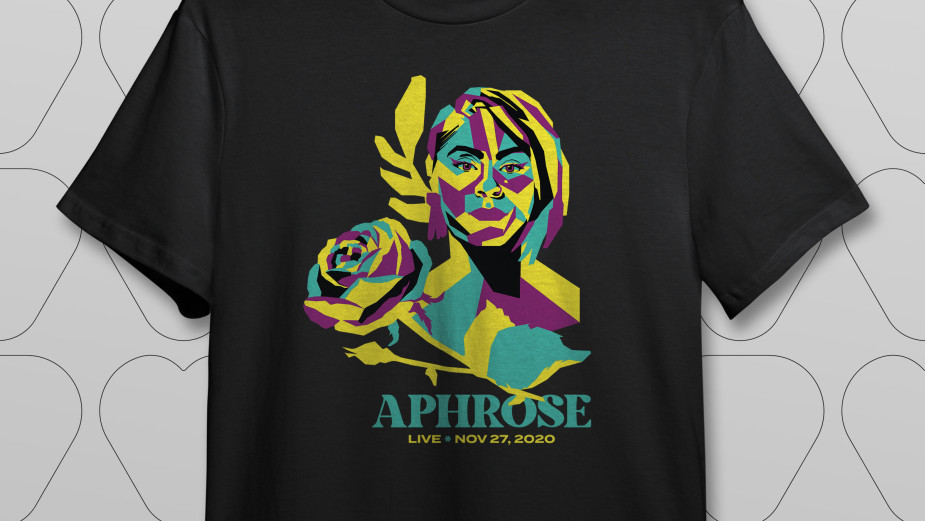 To get local artists on board, Juliet spoke with record labels, friends and venues and conducted a ‘good ol’ fashioned cold-call’ social campaign, receiving an overwhelming amount of shares and responses from artists who were incredibly grateful for the help. After discussions between the Juliet team and the artists, the agency reveals that there is a light at the end of the tunnel for Toronto’s music groups, although progress is still slow and wary of another Covid wave: “The feeling is cautiously optimistic. Making predictions – like making plans – is uncertain for the music scene. For example, live music returned this year and we started to see what a post-pandemic music scene might look like in Toronto. Then, Omicron hit and things began to feel a lot more like March 2020. I can't speak to how the pandemic affected Toronto's entire music scene, however, 10,000 cancelled concerts since March 2020 is a safe calculation.”

Ultimately, Juliet partnered with 11 musicians who had dates cancelled during the pandemic to make some bespoke concert T-shirts, including: Meagan De Lima, Mountain Head, Ten Kills The Pack, Bad Waitress, Five and Tens, Jailbirds, Aphrose, Grizzly Coast, Alessandro Montelli, Teeth, and The FreeLabel. Each concert-that-never-was T-shirt was lovingly designed by a hand-picked selection of visual artists, with Juliet carefully matchmaking each musician-artist combination. “Like a good wine and cheese pairing, we matched the vibe of each band with award-winning illustrators and designers to collaborate and create a concert T-shirt that never was.” 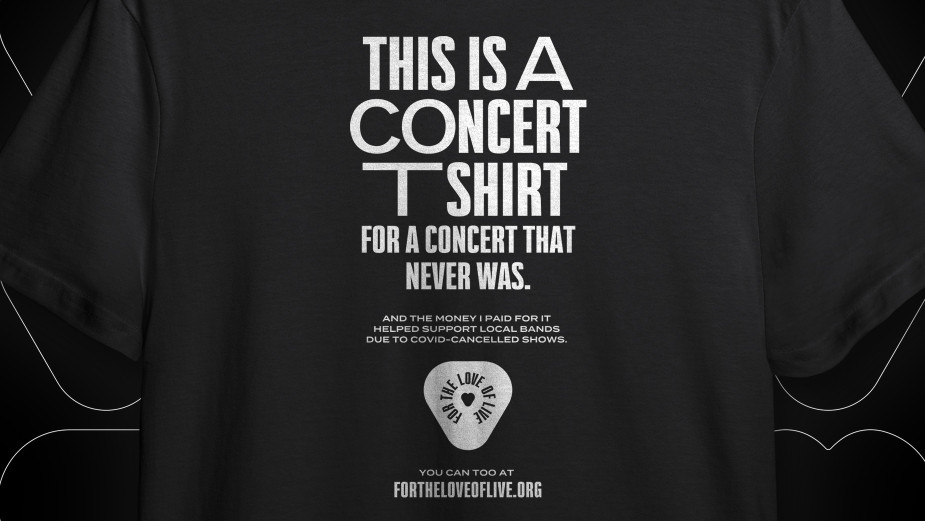 The shirts have been produced in limited runs of 25 per design and are proudly printed on eco-friendly tops in Toronto, with proceeds going to the band whose design you pick. To get a shirt and support some grass-roots musical talent in Toronto, head to the For the Love of Live website and order a shirt before they start shipping in April. 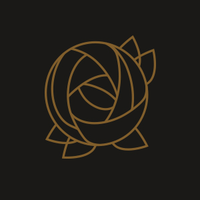 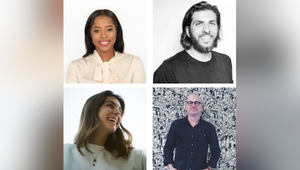 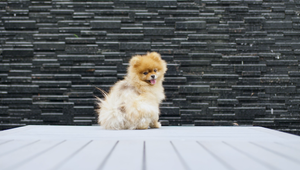 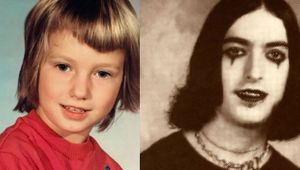 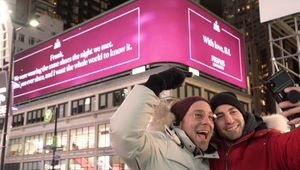