“We are thrilled for Braden. It’s a beautiful film and really speaks to his storytelling skills and his talent working with actors” 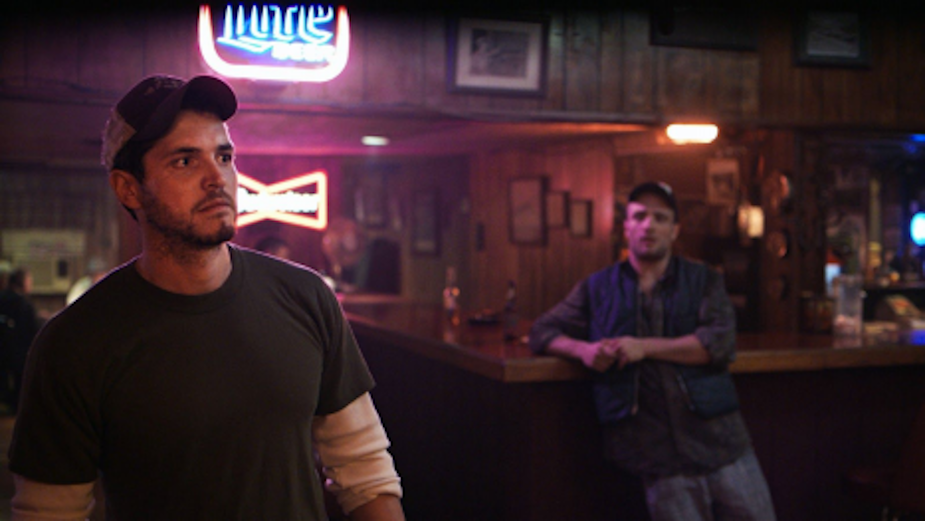 Strand Releasing has announced its acquisition of all North American rights to Braden King’s 'The Evening Hour’, which had its World Premiere in Competition at the 2020 Sundance Film Festival and its International Premiere in Competition at the 2020 Rotterdam Film Festival. The deal was negotiated by Eric Sloss of Cinetic and Jon Gerrans, co-president of Strand Releasing.

Washington Square Films director of sales and marketing / managing director, Jonathan Schwartz, said: “We are thrilled for Braden. It’s a beautiful film and really speaks to his storytelling skills and his talent working with actors.”

The atmospheric crime drama stars Philip Ettinger in a breakout performance as Cole Freeman, who maintains an uneasy equilibrium in his declining Appalachian mining town, looking after the old and infirm in the community while selling their excess painkillers to local addicts to help make ends meet. But when his old friend, Terry Rose (Cosmo Jarvis, Lady Macbeth), returns with dangerous plans that threaten the fragile balance Cole has crafted, his world and identity are thrown into disarray. Cole's life is further complicated by the sudden homecoming of his estranged mother, Ruby (Lili Taylor, The Conjuring), and his shifting relationships with two local women, Charlotte (Stacy Martin, Vox Lux) and Lacy (Kerry Bishé, Halt and Catch Fire).

‘The Evening Hour’ screened at festivals throughout the world in 2020, most recently including the Athens International Film and Video Festival, the Mill Valley Film Festival and the 38th Torino Film Festival, where it was the only American film selected to screen in Competition.

In his Sundance review for The Playlist, Joe Blessing called ‘The Evening Hour’ “a quietly powerful portrait of a young man forced to make impossible decisions in a landscape torn apart by forces larger than himself… Cole’s moral turmoil is compelling throughout this complex study of a character and the landscape that shaped him.”

Wendy Ide of Screen International, added: “‘The Evening Hour’ takes an empathetic view of the opioid crisis and life in a poverty-blighted, post-industrial community in small-town America… Thematically there are parallels with the hard-nosed desperation of Winter’s Bone, but in the execution, there’s an almost romantic quality.”

“Strand is thrilled to be working with Braden again on ‘The Evening Hour’. He’s a friend and colleague who has always been a collaborator, whether working on his own films or supporting our other filmmakers. His vision is so uniquely in line with the artists and work that we admire most,” said Marcus Hu, co-president of Strand Releasing.

“It’s an honour and a great pleasure to be working with Marcus, Jon and Strand Releasing again. That ‘The Evening Hour’ has found a home among the stellar, timeless films Strand has released throughout its history stands as a testament to the dedication, hard work and honesty the film’s cast and crew all brought to it. I couldn’t be happier that Strand will be caring for this story, crafted in deep collaboration with the community in and around Harlan, KY who opened their hearts and home to us so generously and completely", said Braden.