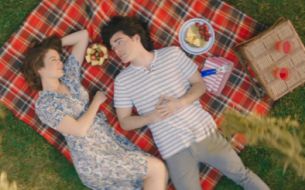 New York-based audio house SuperExploder’s sound designer/mixer Jody Nazzaro teams up with Comedy Central to tell the story of a country boy who defies all obstacles to become more “Southern Fair” to land the girl of his dreams in the new 60 second parody movie trailer 'Southern Crossed Lovers' for Popeyes. In the faux trailer, a young couple faces backlash after the woman’s family disapproves of the match, claiming that her desired suitor is 'not Fair enough' for her, and pushing her toward Chester, the corn dog dipper instead. In the end, our love-struck hero shows up with a box of Popeyes Southern Fair tenders and Cajun fries, earning the love and acceptance of all.

"It was a lot of fun working on a non-standard project with a twist and making it feel like a real trailer,” says Nazzaro. “With the audio, I felt like less was more. I wanted to let the voiceover and the dialogue carry it into a comedic misdirection.”