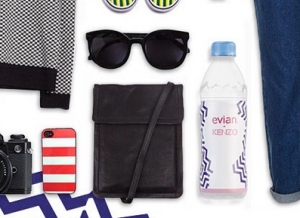 evian is launching a global social media campaign to support the launch of its limited edition evian KENZO bottle.

Since 2008, evian has been working with the world's most prestigious designers to create a Limited Edition bottle. Each collaboration is a renewed celebration of purity and playfulness, and a reinterpretation of evian's spirit through art and design.

Through this campaign, evian aims to raise awareness of the new bottle design, while aligning KENZO’s urban and vibrant brand identity with evian’s Live young ethos. The campaign also aims to celebrate fashion in the run up to Christmas, when the fashion community will be thinking about their seasonal looks and trends for 2015.

The campaign involves an Instagram competition launching in six markets including UK, US, France and Germany. It taps into the online fashion trend of creating an ‘Outfit Grid’ by selecting and laying out a stylish outfit, and sharing the image on social media.

evian will invite consumers to create an Outfit Grid that matches the patterns, colours and overall design of the evian KENZO bottle. To enter, Instagram users can then post their Grid on to the platform, tagging the image with @evianwater and #celebratefashion. 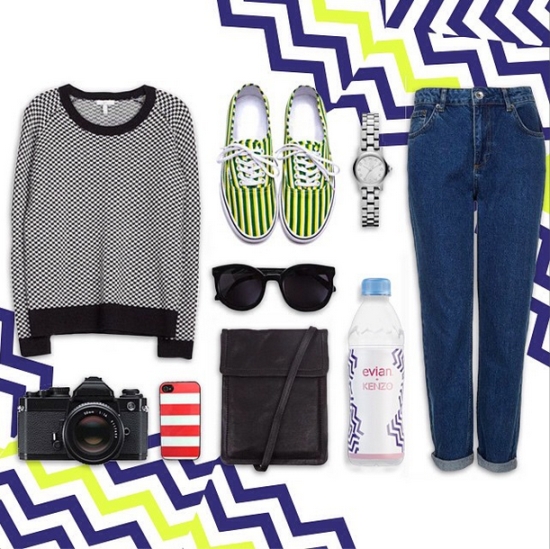 Each day, evian will pick one winner from each market who has created an Outfit Grid that most closely resembles the design and style of the evian KENZO bottle. When selecting the winner, evian will also take into account the photography skills as well as fashion relevance. The winner will receive an exclusive evian KENZO gift set consisting of an evian KENZO bottle and glasses.

To support the campaign, evian will send evian KENZO bottles to online fashion influencers, inviting them to create Outfit Grids with their bottle and share across their channels. A content strategy and promoted posts across evian’s Twitter, Facebook and Pinterest pages will drive users to evian’s Instagram page to take part in the competition.

The campaign runs until 22nd December.

Laurence Foucher, global digital marketing manager at evian, said: “The campaign compliments Kenzo’s urban, vibrant image and evian’s Live young ethos, and allows fashion communities from all over the world to interpret these values in their own way. By asking people to think creatively about our new bottle design, we’re positioning evian KENZO as the water brand and bottle of choice for the fashion community.”

Raphael Turner, account director at We Are Social, said: “Outfit Grids are becoming increasingly commonplace in the fashion community. The campaign taps into this trend during the busy festive season, helping the fashion community consider the evian KENZO bottle as more than a drink - it’s a fashion statement.”

Creative Agency: We Are Social