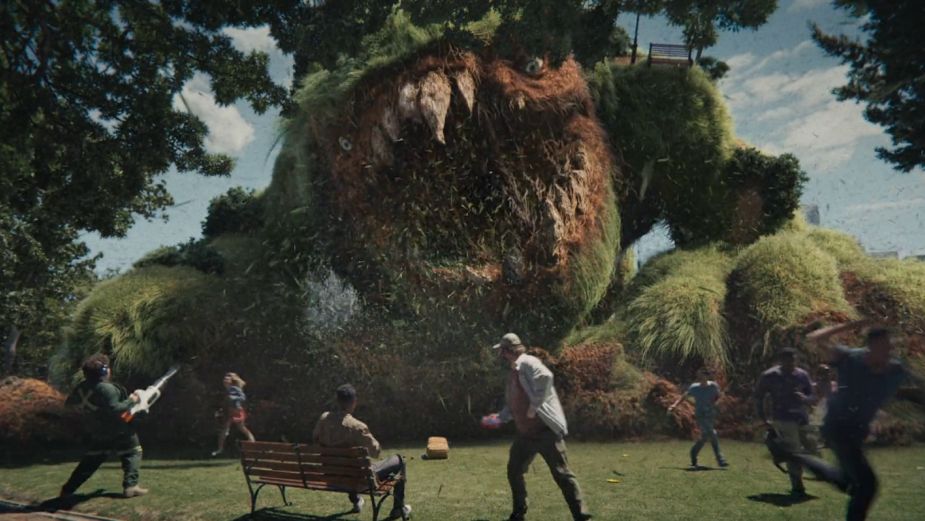 Seasonal allergies don't have to be scary. Flonase keeps the allergy-prone among us serene and collected in these two fun spots out of Rattling Stick US and agency FCB New York, directed by Misko Iho.

A flowery monster spews pollen and petals over the terrified public in New York, while a giant beast with thick grass fur rips up park benches and sheds allergens and grass clippings over picnics in a park. Chaos ensues and nobody's safe, except the bystanders protected by Flonase, who nonchalantly enjoy the view, or the cookout, while the rest of the residents take off running. In the spirit of monster vs. even bigger monster movies, all that's left is the battle of these two!

For these CG heavy spots, Misko teamed again with The Embassy, a Vancouver-based post house led by Winston Helgason. The same team most recently collaborated on a massive Iron Man and Star Wars-themed spot for Disney.