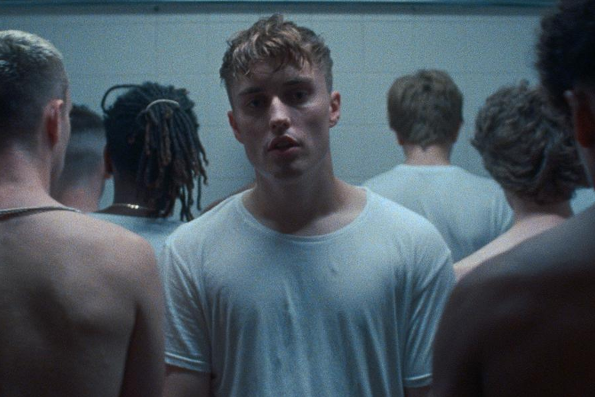 Sam Fender has shared the video for Dead Boys, his devastating new track lamenting the ever-growing global issue of male suicide. It is lifted from a forthcoming debut EP.

The video was directed by Lana Del Rey and Florence & The Machine director Vincent Haycock and produced by Park Pictures in London, and is a hard-hitting, poignant and powerful portrayal of a song that is connecting and resonating across the globe on a very human level.

Speaking of the track, Sam explains: "Dead Boys is a song about male suicide, it's a song I wrote after losing some people close to me. The lyrics talk of my hometown but this is a global problem and after playing the track at festivals all summer and chatting with fans with similar stories, it's heart wrenching learning the scale of it.

“If this track helps one person open up then it's the best thing I could hope for."

Director Vincent Haycock, “The video means a lot to both of us: I'm incredibly proud of the call to action Sam put forth and entrusted with me. Our theme was toxic masculinity and fragile masculinity, and how this can effect young men. I wanted to maintain focus and yet slightly abstract the visuals so that it becomes more about the pressure people are feeling and the possible hopeful outcome that love could bring to these situations.

Following two explosive performances at the Reading & Leeds festivals at the weekend, Sam will tour the UK in the Autumn, including two sold out shows at London’s Omeara, and a hometown show at Newcastle University on the 17th November.

The fast-rising young Tyneside musician knows his way around a hook and a melody, and he combines them here with knowing words that reflect issues both pertinent and pressing. Acerbic and poised, Sam’s ever-present eye, ear and mind for social consciousness, political awareness, and delivered with his cavernous vocal should declare Sam Fender as the real deal.

Recently signed to Polydor Records, Dead Boys is Sam’s most powerful statement to date. Raw, both in its subject matter and in its delivery, this silent epidemic of male suicide grows louder by the week, and this extremely likeable, driven new voice brings the topic to the fore. Crucially, the song’s poignancy isn’t at the expense of a brilliant, belting tune. A song for the masses.

Having sneaked on to the BBC Sound of 2018 longlist at the turn of the year, Sam has since spent most of it out on the road, which is where he’ll remain for the foreseeable future.

Tickets for the new tour dates go on sale from Friday 17th August via www.samfender.com