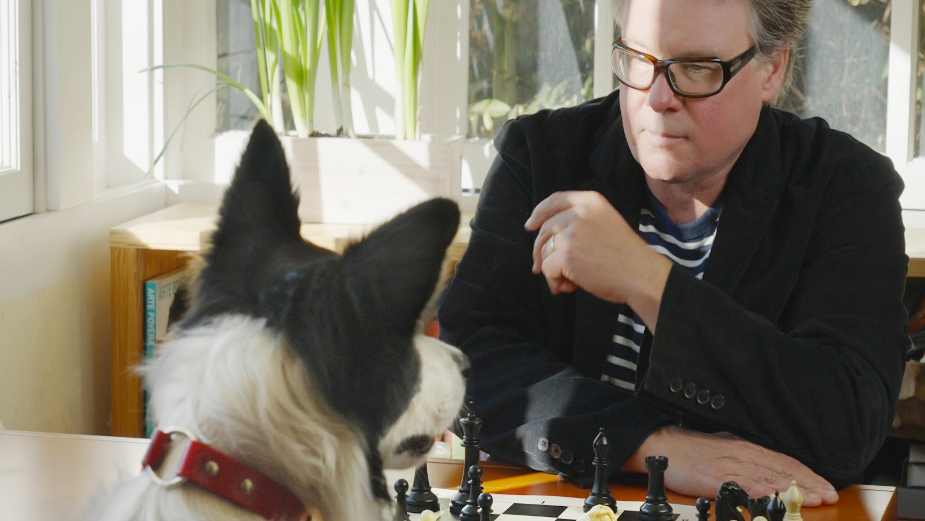 Venice, CA-based production company Rodeo Show has signed director Matt Uhry for US commercial representation. Affectionately referred to as 'The Animal Guy,' Uhry’s animal directorial experience stems from extensive study under animal trainers and behaviorists, as well as deep experience observing and training behaviors. “It’s about more than liking animals, it’s creating the right conditions in the first place and then adjusting inputs to keep making the shot better,” say’s Matt. “If there’s time for training that opens up a whole world of possibility, but much can be achieved with simply the right approach on set and a bit of patience.”

With a dedication to crafting stories grounded in reality, his work delivers a refreshing authenticity that brings to life the deep connections with animals and humans. Decades of work range from mammals to bird and reptile shooting for top brands including Clio-winning spots featuring a tree frog for Netflix, Shelter Dogs being groomed for PetSmart, Giant Cat’s for Meow Mix, and a Surfing Dog for Visit California. His animal repertoire includes snakes, cats, leopards, grizzly bears, good dogs of all breeds, horses, dolphins, elephants, whales and bees. The signing comes on the heels of a collaboration between Rodeo Show and Uhry on a Nestle / Purina Fancy Feast campaign that launched this month.

Additional commercial work spans branded content documentary work and VFX for clients such as Ketel One, Lenovo, Sony, and Intel. Bringing a diverse skill set as a director/DP and photographer, Matt’s nimble approach to production has served as an imperative offering for pandemic production. Since restrictions have come into place, he has shot numerous projects, embracing the limitations as a creative challenge across both remote and in-person shoots.

Notes Rodeo Show executive producer Ryan Wadzinski: "Matt has a unique ability to capture the authentic emotions of human and animal connection. On top of being such a standout 'Animal Guy,' his diverse background as a director and witty demeanor really allows him to bring a fresh approach to every project he works on. We're thrilled to have him join the Rodeo Show team!"

“The Rodeo Show team has very quickly become like family for me and their attention to detail and level of support really allows me to focus on the creative decisions. I’m excited to grow with them as we continue to find nimble solutions for production in 2021,” adds Matt.

Born and raised in Northern California, Uhry answered the call to adventure, living in Paris to hitchhiking through Africa, the Middle East and Asia. He cut his teeth as a director of photography on numerous features including Amat Escalante’s Cannes: Un Certain Regard film 'Los Bastardos and music videos for bands such as the Foo Fighters and the Strokes, before segueing to shooting and directing his own commercials. Matt’s worked worldwide, Bees in New Zealand, Snakes in Vietnam, and Cat’s in Culver City.

Off-script, Matt is a passionate cook, a private pilot, and loves hiking and adventuring with his wife @sheigh and their three dogs.