LBB Gets in Touch with the Chicago Shop

LBB > Chicago is home to some very creative and innovative companies, what makes Radar unique?
LM > Hands down, it's our team. RADAR was founded on the principle that if a director begins collaborating with a team (animators, FX artists, editors) early in the process and continuing throughout the job, the creative will be better served. Our team sits at the table and discusses each project that walks through the door here.

LBB > Do clients come to work with you from all over America?
LM > Absolutely – from LA, NY, TX… you name it.
LBB > Do you do any international work, if you do where do these clients come from?
LM > Yes. France, Russia, Canada to name a few. On the flip side, we've recently added director AK, who is based in South Africa to our roster. As our clients become more global, so do our offerings.
LBB > Have you always offered directors, animation/VFX and editing or is this a recent development due to the ever-changing demands of clients?
LM > In short, RADAR has always been this way. Back when RADAR was founded (12 years ago), working in this model was unheard of. RADAR wasn't built to follow one model or another, it was built this way because the founders were principally interested in the creative ideas. RADAR's offerings have grown to reflect not only the work we've done, but also the creative capital that we think will be most relevant for the future. To that end, RADAR added to its roster with the signing of AK, a renowned visual effects commercial director, and COPA, a directing/visual effects duo made up of well respected and sought after artists Alex Frisch and Vico Sharabani.
Our clients are certainly better served creatively because of the inherent philosophy that any technique can be explored on any project here. We don’t have an FX dept. down the hall from the editors, or some production office in the back room. We work in an open loft environment and everyone is constantly collaborating. This ultimately furthers for the better any idea brought to the table.

LBB > How would you describe Radar in an elevator pitch?
LM > Radar Studios represents a team of uniquely talented directors and artists. We believe every project comes in the door in a state of creative development. So, while all of our directors shoot live action, they're also artists who view each project as a living, growing idea. Our directorial team includes VFX artisans, animators, writers, and photographers who can contribute in a unique way, always in service to the core idea. More than once, a commercial that began as a 100% live action project morphed into a CG based VFX spot. We've also ended up shooting everything live action when a Client had assumed it could only be realized with VFX. When talent, creativity, and culture are focused on ideas, anything is possible. We love our work.

LBB > Since technology has changed so much in the last ten years, do you find you have to deliver your end product in less time?
LM > Absolutely. And of course, we would always prefer to have more time.
LBB > How are you adapting and changing to handle the different communication media?
LM > We have been producing content for different screens from the get go. Whether it’s shooting content for an interactive banner ad or designing CG elements for an App. Since our team has always been ahead of the curve in terms of technology, we produce content for all manner of media. Content is still content - but our team has become experts at designing and developing content and ads that are specific to the myriad of different digital platforms.

LBB > Do you work directly with clients?
LM > On occasion, yes.

LBB > What do you perceive as the biggest challenges facing production and post-production houses, both locally and globally?
LM > The increasing demand to produce content – especially VFX and animation work – within seemingly impossible deadlines.

LBB > What do you see in the future for post-production facilities? Do you think your model of offering directors too is going to become more prevalent?
LM > It already has become prevalent – at least within Chicago.  RADAR was founded as a one stop shop for creative reasons. Unfortunately today, most companies are offering other services for economic reasons.

LBB > What value do you put on awards and winning them?
LM > Some value of course. Ultimately we value the effectiveness of our work more so.
LBB > This year, what has been your favourite job and why?
LM > There’s not just one job, but one specialty that has grown at RADAR unexpectedly. Our director Sam Macon has become sought after worldwide for his unique stop motion work. His projects for McD’s France, Brach’s and Jelly Belly are favorites. 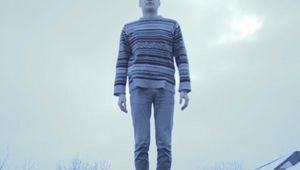 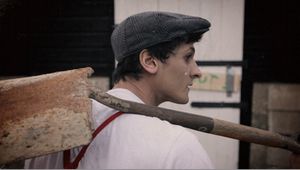 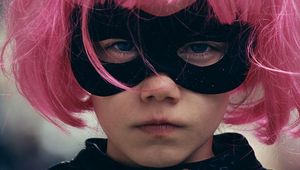 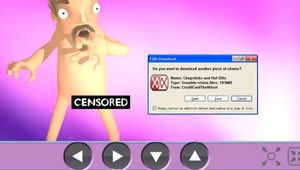 Secret Friend ‘Without My Pr0n’
View all News