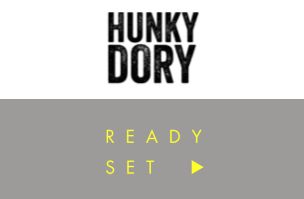 Global content studio Pulse Films has today announced its continued US expansion with the appointment of Lisa Sabatino Lange of Ready Set (West Coast) & Gisela Limberg of Hunky Dory (East Coast) to represent its roster of directors in the Commercials and Branded Entertainment space.

Lisa Sabatino Lange formed Ready Set after 12 years as a dedicated in-house rep. Ten of those years were spent with Anonymous Content. While there, Sabatino Lange honed her personalised, strategy-focused approach to management while representing A-list directors such as Alejandro G Iñárritu, Cary Fukunaga and Mark Romanek.

Commenting on her appointment, Lisa Sabatino said: “Like most of us in the industry, I’ve been following Pulse’s moves for quite a while. Clearly, they are aligning themselves with brilliant filmmakers and exciting brands and I’m incredibly thrilled to be a part of pushing them forward in the commercial content world, alongside the incredible teams in Los Angeles and London.”

Originally from The Netherlands and based in New York City, Gisela Limberg has over 15 years of experience working with some of advertising and film’s most exceptional talent, as well as spotting promising filmmakers and matching that talent to projects from agencies and brands. In 2014 she founded Hunky Dory, an artist representation firm. Before striking out on her own, she was the Head of Sales at Smuggler for more than 8 years. Prior to Smuggler, she was Vice President of Sales at Anonymous Content (working with Lisa Sabatino), overseeing their roster of award-winning filmmakers including icons as Mark Romanek, David Fincher and Chris Palmer.

Limberg added: “We are so thrilled to be a part of the Pulse team and I look forward to supporting, nurturing and growing the directors and building Pulse into THE company of the future”.

Davud Karbassioun, who joined the studio in January, as Global President of Commercials and Branded Entertainment will relocate to Los Angeles this summer and will focus on continuing to grow the team, the roster and the overall creative output of the company in this space. In addition, Hillary Rogers has recently been promoted to Senior Executive Producer, and will directly connect with Limberg & Sabatino as well as Doug Stephens in the Midwest.  Pulse Films has had a stellar year with numerous awards and nominations across the BAFTA’s, GRAMMY’s, Cannes Lions, the Music Video Awards and winning top awards at the Cannes Film Festival and the Sundance Film festival.

Davud Karbassioun said: “We are extremely proud to welcome both Gisela and Lisa as our new US sales representatives on the East and West coast respectively.  They have an outstanding and unrivalled reputation and will form an integral part of the Pulse Films family moving forward.   They both have a unique and much more inclusive in-house approach to representation which aligns with Pulse culture and talent strategy, offering our directors a bespoke service that ensures sales and creative are fully integrated.  I am looking forward to closely working with them, especially with my relocation to the US this summer.  This is the start of a focused transition in the US,  where we build on the incredible momentum created in 2016 across all our connected commercial and entertainment divisions.”

2016 saw Pulse produce Beyoncé’s ground-breaking Emmy and Grammy nominated Lemonade film; While in feature film, American Honey helmed by Andrea Arnold, was awarded the coveted Jury Prize at the Cannes Film Festival and was BAFTA nominated. The studio also produced the double Sundance winners The Witch, All These Sleepless Nights and TROPHY which received glowing praise following its world premiere at the Sundance Film Festival 2017.

The studio also had a successful year in television with significant commissions from leading broadcasters, including a major upcoming 10-episode series charting the history of Rock & Roll for Sky, as well as Black is the New Black (BBC Two), United States of Hate (BBC One/BBC Three), Who’s Spending Britain’s Billions? (BBC Two) and Hunting the Nazi Gold Train (BBC Three).