Plaques that have been changed include Alan Turing, Siegfried Sassoon and Sir Frederick Ashton 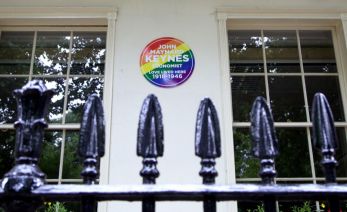 As part of the two week Pride Festival in London, Proximity London has created Love Lived Here, a campaign to celebrate pioneers of the LGBT+ movement throughout British history.

Starting on the 26th June, key blue plaques around London will be given a temporary rainbow makeover to acknowledge the individuals who lived there as part of the LGBT+ community, alongside their literary, scientific, economic or artistic achievements.

Because whilst their work has been marked as part of British history, their LGBT+ status may be lesser known, particularly in view of the less accepting times they lived in.

Plaques that have been changed include Computer Scientist Alan Turing, solider and poet Siegfried Sassoon and Choreographer Sir Frederick Ashton.

Executive Creative Director, John Treacy, said: “It’s a simple idea to celebrate who these amazing people really were, beyond just recognising what they did. And a chance to talk about something that, in nearly all these cases, was never talked about at the time.”

Alongside this, Proximity London have created an animated video of some of the plaques which will be shown on a screen during the Pride Festival on the 9th July. 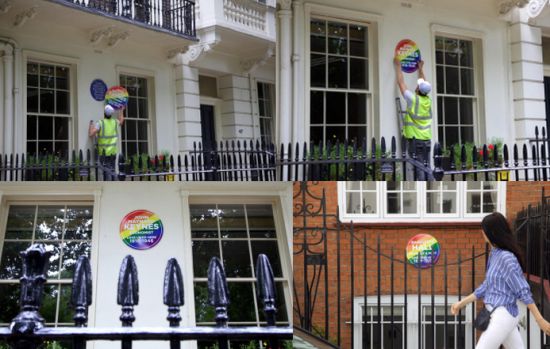