M&C Saatchi and Utopia bring the campaign to life 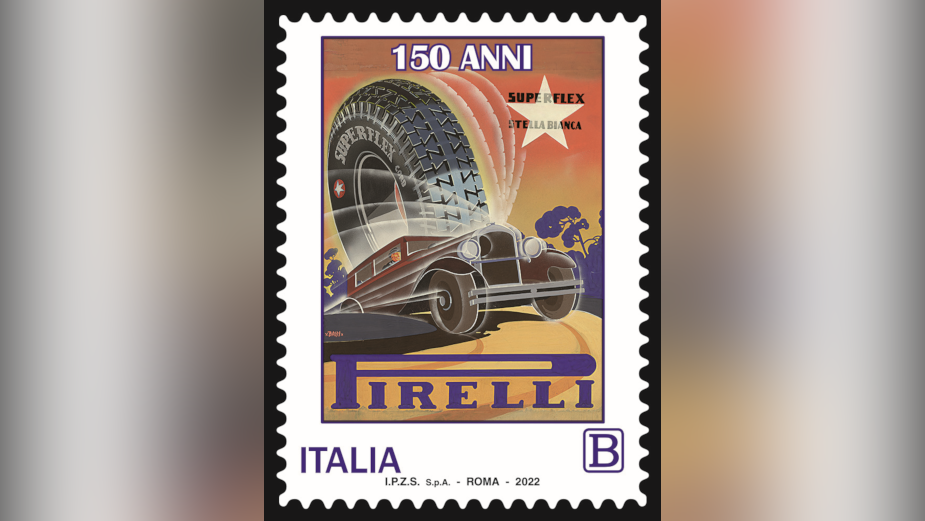 “What an original stroke, don’t you think? Look at that P…it looks elastic, like rubber”. These are the words that launched the celebrations of 150 years of Pirelli, with the direction of the Piccolo Teatro of Milan where a theatrical story brought together testimonials, voices and images to represent a history of industry, culture, tradition, technology and passion that began on 28th January 1872.

The most significant moments were revisited by Ferruccio De Bortoli, Stefano Domenicali, Paolo Mieli, Renzo Piano, Ferruccio Resta and Annamaria Testa, alongside the Executive Vice Chairman and CEO, Marco Tronchetti Provera, and Alberto Pirelli, representing the bond between family and company. The event, conducted by Ilaria D’Amico, recounted Pirelli’s journey across three centuries through the things that most distinguish it: international scale, the factories, relationship with culture and artists, creativity in communication, presence in sport and motorsport, constant search for innovation and cutting-edge technology.

“Today we wanted to take a journey together through history but with our eyes on the future. Anticipating change is what Pirelli has done for 150 years thanks to the solidity of its entrepreneurial culture and ability to be a protagonist of the present. These things have allowed us to reach this milestone with a brand established around the world. We felt it important to share this story with our city, our country and all the international groups and communities that we work with every day. A thank you to all the 30,000 people who every day at Pirelli build our history”, said Marco Tronchetti Provera, executive vice chairman and CEO of Pirelli.

The celebration logo and the international countdown

The logo created for the 150 years, unveiled last November at the launch of the 2022 Pirelli Calendar by Bryan Adams, featured recently at the Montecarlo Rally, where it decorated the car that completed the inaugural lap of the track. It was also on the vests of competitors in the World Ski Cup in Cortina and at San Siro at the Inter-Venezia game. Its celebration will continue via Pirelli sponsorships through the whole year.

The event at the Piccolo was preceded by an international countdown that began on 24th January in Rio De Janeiro. It continued on the following days with the projection of the logo and congratulations across the 180 metres of the CITI Tower in Shanghai and with a 3D animation on the Times Square Nasdaq Tower in New York, and on Palazzo Venezia between Via dei Mercanti and Piazza Cordusio in Milan. The video is of a 3D tyre rolling down a descent and stopping before shooting off the screen, perfectly encapsulating Pirelli’s payoff “Power is nothing without control”. The video ends with the 150 year logo and congratulations.

At the Piccolo Teatro a story of history, industry, sport and innovation

On stage at the Piccolo Teatro, immersed in a set made up of five large screens, four actors told the story of Pirelli beginning with its history. Images, videos, photographs of the past and present alternated with the voices of the actors, who revisited the company’s different moments together with Ferruccio De Bortoli, Paolo Mieli, Alberto Pirelli and Marco Tronchetti Provera. A dialogue centred on the figure of Leopoldo Pirelli and his father Alberto, also through the recollections of his grandson, and his role in the company’s contribution to the modernization and industrialisation of the country – his successes and inevitable difficulties encountered along the way.

A journey, Pirelli’s, begun on 28th January 1872 by Giovanni Battista Pirelli, who at only 23 years of age bets on something absolutely new: rubber. In the beginning, the company produced insulators for telegraphs and cables that linked the most distant points of the newly born Italy. It grows rapidly around the world and produces objects of everyday use (from swimming caps to toys to raincoats) and tyres for wagons and bicycles in answer to these first forms of mobility. From its birth it focused on innovation, the company offers products that also become symbols of the country’s progress. Just as Pirelli’s modern skyscraper (the Pirellone) was a symbol of Milan and was through the 1960s the company’s headquarters, which then moved to an area to the city’s north known as Bicocca, today a true corporate campus. But even Pirelli encountered obstacles: the failed mergers in the 1990s with Dunlop and Continental and the plan to integrate networks and content in telecommunications, pursued from the early 2000s through Telecom Italia and cut short by external interference. Crises that were overcome restarting from the core business, which leads the company to focus on tyres.

Pirelli has forever been international. And it was in this sense that the story continued. Born in Milan, it quickly became a multinational, to the point of being considered English in the UK, Brazilian in Brazil, American in the USA ... A vocation already evident in the travels of the founder and then in those of his sons, Alberto and Piero. Its identity is that of a multinational with solid Italian roots with leading industrial relations, attention to welfare and training. These were among the themes discussed with Ferruccio De Bortoli, Marco Tronchetti Provera and Paolo Mieli.

The journey onstage at the Piccolo Teatro continued with the exploration of the company’s industrial tradition. Through its factories, Pirelli put down roots in many countries, today 12, building plants that are light filled, safe and sustainable. Welcoming places for people working with passion and for industry 4.0 with simulators, artificial intelligence and robots like MIRS invented by Pirelli itself. In summary, today 18 beautiful and efficient factories with Settimo Torinese the model, designed and built by the architect Renzo Piano who on the stage at the Piccolo explained how to blend functionality with beauty, competitiveness and sustainability.

On its journey, Pirelli was always in dialogue with artists and intellectuals to keep an eye on society, its evolution and changing customs. It did so and continues through innovative languages and instruments, such as: the “Rivista Pirelli”, Pirelli Calendar, Pirelli HangarBicocca, publications and exhibitions of the Fondazione Pirelli, products of Pirelli Design, World magazine, the volumes of its Annual Report enriched with the contributions of artists and writers. The list to emerge from the Piccolo Teatro’s stage is rich and begins with the iconic Pirelli logo, born in New York at the beginning of the 20th century, with that long P which stretches as if it were rubber. A company that experiments with new languages, produces tyres and interviews Umberto Eco. It talks with writers, philosophers, poets: today from Carrère to Kureishi, yesterday from Elio Vittorini to Eugenio Montale and Salvatore Quasimodo. It hosts Luchino Visconti and John Cage and puts Carl Lewis in high heels, accompanying the unforgettable payoff “Power is nothing without control”. Innovation and communicating enterprise, ability for renewal conserving memory and dialogue between industry and contemporary art, sport, photography, and music.

These themes were addressed by Annamaria Testa, Ferruccio De Bortoli, Paolo Mieli and Marco Tronchetti Provera - recounting different worlds with the underlying idea that when you are involved in industry with passion you are also producing culture.

Motorsport and passion for sport

The passion that makes hearts beat at Pirelli: motors. An area where technology is fundamental, as explained by Alberto Pirelli, a rally enthusiast, and a sport that the company has been involved in since the 1970s. Today Pirelli is present in over 350 motorsport competitions. The Beijing-Paris of 1907 is particularly memorable, when Prince Scipione Borghese, driving an Itala equipped with Pirelli tyres, covered 17,000 kilometres to finish 20 days ahead of the team in second place. A great success that transforms mobility into innovation and spectacle, and competitions into open-air laboratories. In the GT, rally, superbike and Formula 1. The onstage discussion of the greatest motorsport competition involved Stefano Domenicali, who today heads Formula 1, on the eve of an important change: the introduction of 18” tyres in a competition where, in the midst of Italian flags, there is also Pirelli’s. For Pirelli, however, sport is not limited to motors, but also football, cycling, winter sports and sailing, with Luna Rossa.

History reveals a company that always moves with its eyes on the future. “Look inside to understand”, to discover new solutions so used to say Mr. Emanueli, who signed many of the 6,700 patents registered by Pirelli in 150 years. A lesson, Mr. Emanueli’s, which today is interpreted by the over 2,000 people who work in Research & Development, a sector of fundamental importance for the company. Its collaborations with leading universities (over 50) are also fundamental, as explained by Ferruccio Resta, who tells Ilaria D’Amico also about the relationship of reciprocal inspiration that links Pirelli and the Politecnico di Milano.

Today the “heirs of Emanueli” are involved in managing the acceleration of innovation, as in the case of electric vehicles, where Pirelli is already present with Elect, a package of technological solutions ad hoc to handle the different weight, acceleration and consumption compared with traditional vehicles. But also new connected products like Cyber Tyre, with sensors that supply real time information to the driver. Continuing innovation, on the road and beyond. Because technologies evolve and virtualisation accelerates research and development times. The tyres are created and developed in the digital world through the creation of virtual alter egos to design and produce products that are safe, high performing and sustainable thanks to materials that are always more renewable. At the centre, as always, there is natural rubber with which Pirelli produced the world’s first FSC (Forest Stewardship Council) certified tyre, testifying to a 100% sustainable supply chain. A great safeguard for the environment as occurs, for example, with Pirelli’s participation in the Birdlife project to conserve biodiversity in Indonesia. Thanks to its commitment at the social, environmental and economic levels, Pirelli finds itself at the top of the most important sustainability indices.

A new campaign re-interprets ‘Power is Nothing Without Control’

A new advertising campaign broadcast from today on prime-time TV and launched in the press, digital and social media to celebrate Pirelli’s 150 years offers a re-interpretation of the historic payoff “Power is nothing without control” inviting people to reflect, through a visionary and metaphorical story, on two complementary and opposed concepts. Thanks to technology and social media individuals have enormous power, but in a moment they can lose control and chaos ensues. More than ever, one needs to be aware that power needs control, in life and not only on the road. Filmed in Barcelona, directed by Manson - a team of Mexican directors formed by Gerardo del Hierro, Pau López and Tomás Peña - produced by Utopia and under the creative direction of M&C Saatchi, the commercial is planned for digital channels also at the international level.

For the digital story of the 150 years an innovative website – www.pirelli.com/150years – was created which allows one to “travel” inside the world of Pirelli. Through four virtual rooms dedicated to “Product and Research & Development”, “Sustainability”, “Sport”, “Art & Culture” where you can immerse yourself in a 3D environment which presents the products of yesterday and today, the commitment to sustainability, involvement in sports competitions as well as artistic and cultural initiatives beginning with the Pirelli Calendar. 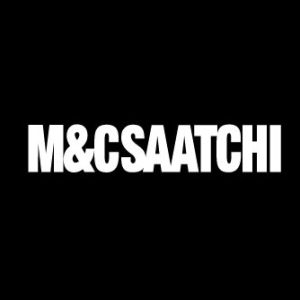 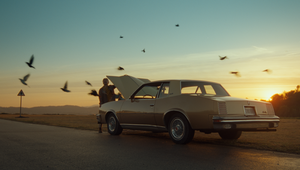 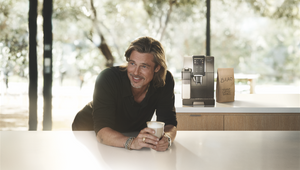 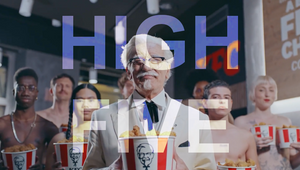 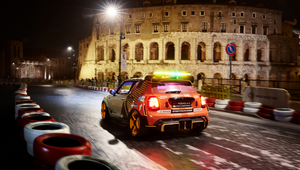