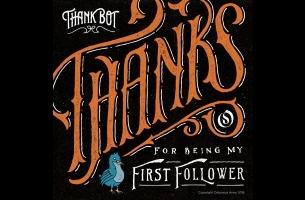 But who remembers their first follower?

San Francisco ad agency Odysseus Arms recently posed that question, and realized it wasn’t that easy to get to the bottom of their 5,000 follower list, given the cumbersome Twitter UI displays. Finally, they found the first names on the list, dubbing them ‘#FoundingFollower’. Thus the idea for ThankBot was born – a micro-site to help anyone discover their first followers in seconds, and even tweet out an artistic “Thank You” poster to them.

“Thankbot is a way to show gratitude to the first people who backed you during your tentative first steps on social media,” says Franklin Tipton, co-founder of Odysseus Arms, which counts Facebook and YouTube among its clients. Odysseus Arms built a full campaign around thanking its first 10 followers, complete with original art and clever tweets tailored to each person. The #FoundingFollower campaign is currently underway with @OdysseusArms on Twitter, and will culminate in the naming of their very first follower. 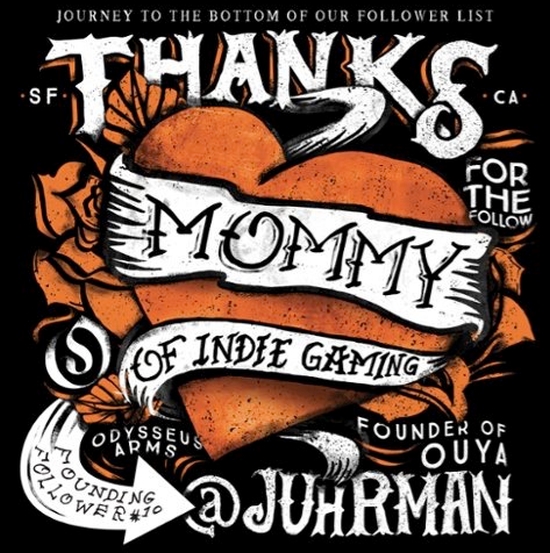