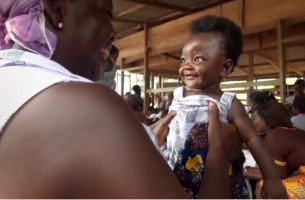 NY-based Northern Lights editor Glenn Conte teams up with Microsoft to energize a hopeful approach to ending extreme poverty globally in the inspirational 1:22 PSA 'Upgrade Your World' for Global Citizen. The spot illustrates Global Citizen’s mission to end extreme poverty and inequality around the world by encouraging people to act, because now, like never before, their voices will be heard and acted upon. The spot delivers a resolute call to action, encouraging outreach to government officials, signing petitions and joining rallies. Microsoft has teamed up with the organization to amplify the technology to help empower individuals to make an impact on such pressing global issues including gender equality, clean water, climate action, education and healthcare. Windows and Microsoft Philanthropies held a panel with Global Citizen on January 28, 2016 at the Microsoft Loft Space in New York to bring awareness to the Global Goals and the effort made by the organization.

Notes Microsoft Director, Brand Strategy Dave Holloway, “I’ve been proud to work with Northern Lights for 20 years. There have been documentaries, big budget TV spots and some of the biggest live events in the world. But I don’t think I’ve ever presented them with a challenge like this…create a video in less than 36 hours, with the footage on a drive stuck in a different city due to an epic snowstorm. Northern Lights was unfazed, and the result was magic. Glenn, Min and the team produced something that tallied over a million views in just the first day. It doesn’t get more gratifying than that.”

“As an editor, I draw my inspiration from clients,” notes Conte. “Working on this project with Microsoft and Global Citizen was inspiring both personally and professionally. Microsoft and Global Citizen are pioneers of raising awareness for the most important issues of our time. I am amazed that this short film has had over 1 million views in its first week. I immensely enjoyed this challenging, thought-provoking project.”