Wieden+Kennedy Portland says 'You Can't Stop Us' with inspiring ad 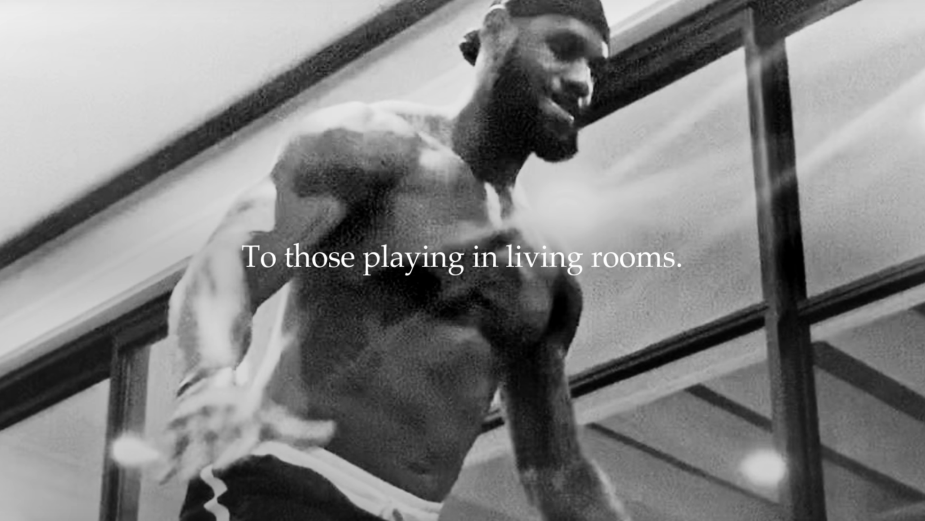 Nike has released a new iteration of its 'Play for the World' campaign, which it launched two weeks ago to mark its brand messaging around the coronavirus pandemic.

The 60-second spot, entitled 'You Can't Stop Us', is a celebration of the creative ways that people are finding to exercise and practice sports at home. Created by Wieden+Kennedy, it's the latest in a line of commercials that have been pieced together from self-shot videos from people's homes.

LeBron James is one of a few celebrity athletes who are featured, starring alongside beach volleyball player Sara Hughes and boxer Ramla Ali. But much of the film is focused on regular people, making the whole thing feel overtly relatable and genuinely inspiring.

Check it out below.

Ads like this aren't the end of Nike's initiatives around Covid-19. It announced yesterday that it had worked closely with health professionals at Oregon Health & Science University to create Personal Protective Equipment (PPE) in the form of full-face shields and powered, air-purifying respirator (PAPR) lenses to protect against the coronavirus - all reproduced with Nike-owned materials within its own manufacturing facilities.

Campaign: Play for the World

MUSIC: Mychael Danna, “The Streak” from the Moneyball OST Courtesy of Sony Pictures

Great Apes: Behind the Scenes at Mailchimp’s Creative In-House Agency
View all News