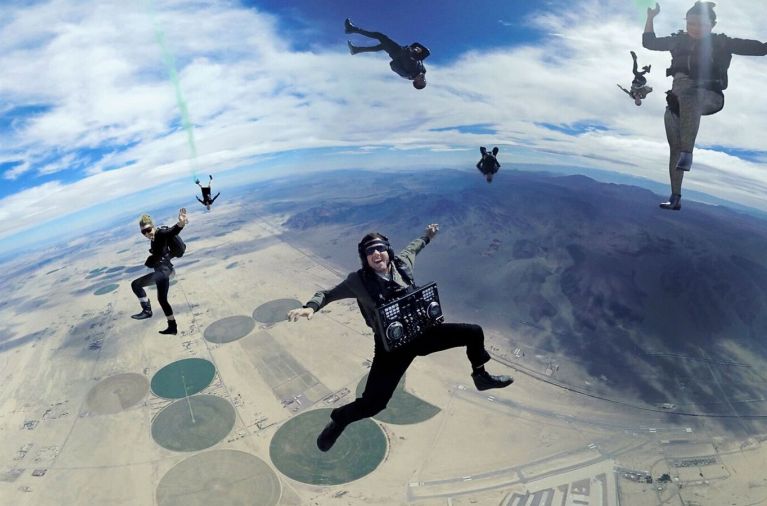 Firstborn has released a new VR experience for Mountain Dew. Coined 'DEW VR Beat Drop', viewers are transported to classy lounge party with a twist: when the music beat drops, so does the party – literally. The experience transforms into a high flying free fall skydiving experience. The free fall is meant as a continuation of Dew’s party in the sky, with the same characters from inside the club (DJ, bartenders and patrons) soaring in the air above a desert.  This campaign was created to mark the official launch of the new Mountain Dew Label Series, a new premium Dew product, and is the brand’s 5th extreme VR experience to date for DEW Nation.  The experience was created in partnership with production company, Digital Domain. It will be shared with fans on Samsung VR and at Mountain Dew’s upcoming Coachella activation, as well as across select university campuses.

The 360 video, which you can view here, will be hosted on Mountain Dew’s dedicated VR hub, on YouTube 360 and on Facebook 360.

The project was filmed in one 18-hour day and involved two shooting locations, one C-130 plane (a decommissioned military aircraft uniquely suited for the creative needs of this particular project) and 10 skydivers including stunt coordinators and cameramen. Firstborn filmed four jumps from 12,000 feet using the GoPro Omni camera (the gold standard for capturing extreme sports), and with very little room for error as even a shift in the wind would effect the production process. They also used a Zcam on a custom remote controlled Mantis robotic rover developed specifically for VR.