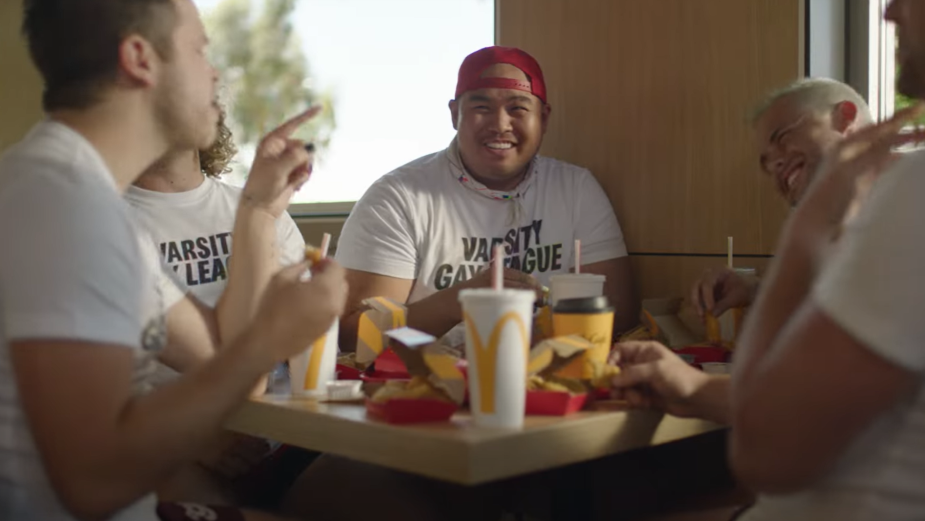 McDonald’s turns to real-world inspiration for Pride month with 'No Judgment', produced by Honor Society and directed by Molly Schiot. The ad spotlights the Varsity Gay League, the nation's original LGBTQAI+ and Allies recreational sports league currently representing over 40,000 Queer+ & allied athletes across the US.

In the ad, league members gather around their home-away-from-home McDonald’s booth to catch up after a full game. Win or lose, their outings signify the deeper connections they forged together as teammates and found family. The ad is one piece of McDonald’s larger approach supporting the LGBTQ+ community during Pride Month and beyond, including their expanded partnerships with diverse-owned media companies like LGBTQ-first streaming network, Revry and their House of Pride and Music Out Loud events that happened in June.

Notes Schiot, “There was not a moment when I was a kid where I saw any form of LGBT visibility let alone pride. I am very grateful and honored that I was hired to bring this vision to life. Representation absolutely matters. A survey from The Trevor Project (a nonprofit focusing on suicide prevention within LGBT youth community) found that more than half of youth said brands that support the LGBTQ community positively impact how they feel about themselves. I hope big corporations keep making content and also make  tangible commitments to the LGBTQ community."

The ultimate multi-hyphenate, Schiot’s creative endeavors have led to sold-out exhibitions of her paintings and drawings, music videos for the likes of Mark Ronson and The Raveonettes, and commercials for Miu-Miu, Levi’s and Converse. Her “Check You Out” series for Paper Magazine--a collection of kooky short films--features comedy duo Fred Armisen, Carrie Brownstein & Malin Akerman. Most recently, her ESPN 30 for 30 short, “Our Tough Guy” brilliantly meditates on the off-the-ice life of one of the NHL’s most fearsome players, John Wensink. 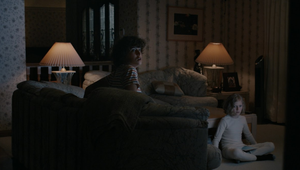