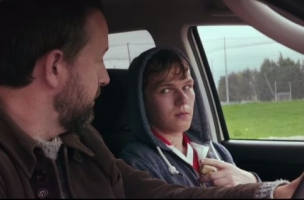 Butter Director Zak Emerson and MassiveMusic London have teamed up to help Toyota to ask the question ‘Who says you can’t be all things to all people?’

Devised by Irish agency Javelin, the film is part of Toyota’s ongoing campaign in Ireland. The film highlights the versatility of the Toyota range, dubbed the best built cars in the world.

Producer Tim Preston comments ‘We wanted to create something that really conveys the feeling of what it is to be a family. Though things can get tough, we still care, love and carry on and Toyota are there to help us become all things to all people.’

From jugglers and lifeguards, to spoil sports and memory makers, the delicate soundtrack befits the charming film which reminds us that we’re more than just parents, children, husbands and wives.

Tim adds ‘The music progresses in very subtle ways throughout. Building in tone and layers, it drives the narrative in a non-intrusive way, adding that ‘human’ element to the spot. We’re delighted with how the final film turned out because, not only do the music and film fit together in perfect harmony, but it’s always great to work with such a good team.’