Directed by Landia's Rodrigo Saavedra, the spot is a not-so-subtle nod to Donald Trump's famous policy 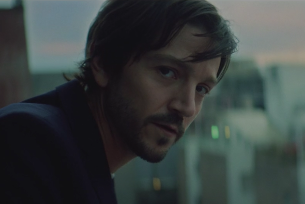 Corona, a symbol of Mexican spirit worldwide, has tasked ad agency Leo Burnett Mexico with creating a new campaign that highlights the importance of breaking barriers.

The campaign, “The Wall,” aims to inspire and proudly celebrate generations of Mexicans, who, similar to Corona’s history as a company and brand, have overcome challenges and preserved to break physical and mental frontiers. The campaign stars Diego Luna, a Mexican actor known for his roles in Y tu mama tambien, Rudo y Cursi, The Terminal, Elysium, Milk and the upcoming Star Wars film Rogue One.

The commercial was produced by Landia Mexico, and shot over three day in the Mexican capital by director Rodrigo Saavedra.

“The Wall” will air throughout November and December in Mexico and will have traditional, digital and OOH executions. I’ve included quotes from Corona Mexico and Leo Burnett Mexico below, as well as a list of creative credits.

Alejandro Campos, Director of Communication and Alexsandro B X Pinto, Brand Director of Corona. “This campaign is very different from our other applications of the brand. Everyone is familiar with the iconic Corona campaigns but this time we want to pass a clear message to all Mexicans, to break their mental frontiers and keep progressing. We hope the message we’re sharing resonates not only with generations of Mexicans but with people around the world.”

Daniel Pérez Pallares, Leo Burnett Mexico: “The Wall" Ad directly speaks to consumers by addressing them personally, inviting them to break their own mental barriers. It inspires them to become their better selves, to not let others dictate their lives, to praise their perseverance and the efforts of others. Given Corona’s global influence and heritage in Mexico, they have a powerful voice to spread this message. We’re honored to work with them on such an important project.”