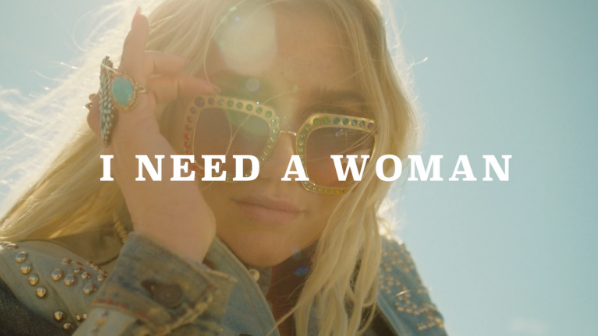 In the short, Kesha officiates the wedding of superfans Dani and Lindsay as part of the Universal Love project from MGM Resorts, out of McCann NY.

The short takes audiences on a desert road trip skirting Southwest sands, where Kesha belts lyrics to Janis Joplin’s 'I Need a Man to Love' with swapped pronouns for the occasion. Kesha’s temptress desert performance is intercut with clips of the happy couple investigating their Vegas honeymoon suite, preparing for their prismatic nuptials and delivering thoughtful commentary on the state of marriage and love in the United States after the legalisation of marriage in 2015. The couple were married on March 26, the anniversary of the first legal U.S. same-sex marriage license.

The stylized performance is artfully juxtaposed with touching vows read by the happy couple, as well as the exploration of LGBTQ experiences and history from Dani, Lindsay and Kesha during one-on-one interviews. Fielack is known for mixing audio for comedic spots and emotive campaigns in turn, for top clients including jetBlue, Aflac, Qualcomm, Giphy and BMW, among others.