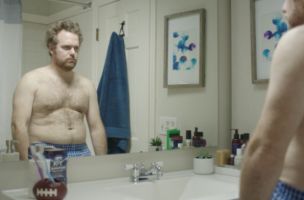 With Valentine’s Day just around the corner, men are dusting off their romantic gestures for the year to avoid sabotaging their relationship. In a new online campaign for K-Y, DECON directing team JEAN transforms men’s woeful attempts at 11th hour romance into a home run, saving their misgivings with an impressive performance in the bedroom. The campaign, created in partnership with RB and Havas New York, includes three online videos that take an honest approach on how last minute efforts can prevail with a little over-time in the bedroom.

From a man epically botching a homemade dinner, to a man taking stock of his less than beach-ready physique, to a man attempting to make his limited formal wear appear attractive, each of the men are only reassured that their nighttime efforts will save their lack of romantic finesse.