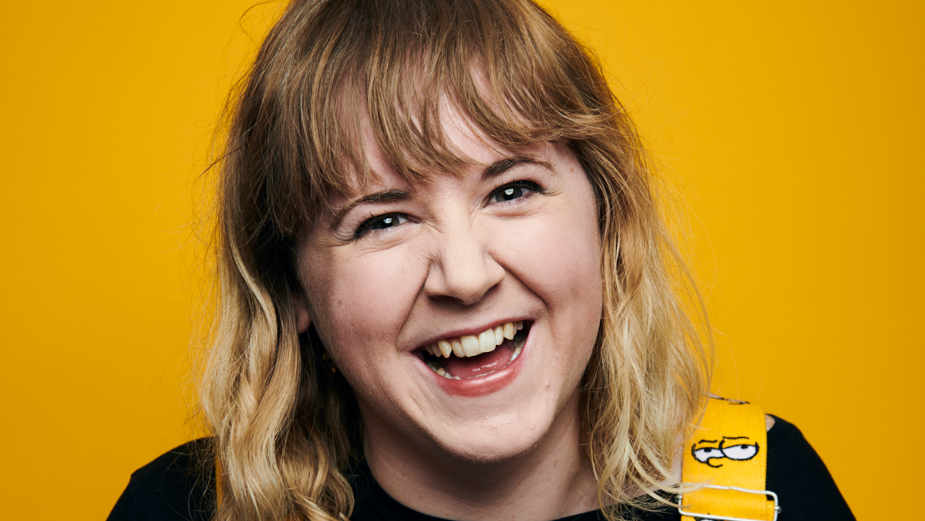 In this interview, Creature’s creative art director Megan Egan discusses the role of audio in branding, and an exciting future of tech and music fusion.

LBB> Outside of work, what music do you listen to, where do you listen to it and why? (IE are you someone with a super curated spotify playlist, an avid radio fan, musical podcasts, youtube trawler, vinyl collector - why do you listen there / to this medium?)

Megan Egan> If you’d have asked me this a few years ago I’d have told you I’m a purist, only listening to mixes and curated playlists, predominantly dance music. I loved finding undiscovered artists and was always on it like a bullet with new releases.

Lately though, I’ve become more open minded. I stick on the radio during the working day, or use Spotify’s playlists to discover new artists. I listen to anything and everything – after all, variety is the spice of life.

That being said, when I’m cycling or at the gym I always revert back to my dance music – you have to have that thumping beat to stay motivated, especially when every bone in your body is lazy, like all of mine.

Megan> When we think of branding we often think of visual elements such as logos and colours, and even the tone of voice, but quite often sonic branding gets forgotten. It’s surprising really, considering it’s a whole other way to reach your audience that doesn’t rely on visuals; and as we’re living in a time of endless scrolling, double-screening and shortening attention spans, audio cues really are an incredibly effective way of being recognised and remembered. Because let's be fair, most people probably aren’t looking at the screen or actively watching the ad anyway.

And sound is such an easy way to evoke emotion – I’m sure there’s some very clever people out there who could tell you the exact frequencies you need to play to make someone feel sad or happy or calm – but sometimes it’s as simple as finding the perfect music track to help tell your story. A recent example that springs to mind is the eBay ‘Buy a Thing, Sell a Thing’ spot which featured an earworm track that I haven’t been able to get out of my head since I first heard it.

Of course, we’re all used to hearing loud, busy adverts that try to demand our attention, but sometimes it’s the quieter ones that cut through, such as the recent National Trust work that offered a moment of calm to transport viewers to the countryside, among the barrage of other ads.

We can’t talk about sound without mentioning jingles. I’ve been noticing more and more brands using them recently – one of the best ones has to be ‘Did somebody say Just Eat’ which has become so ingrained in our collective psyche that I’ve seen it being thrown around like an old proverb.

Of course, with so many touchpoints nowadays brands are becoming more creative - MAC recently released a sound on TikTok and had influencers set the ball rolling on a new makeup challenge which saw huge engagement.

LBB> Tell us a about a recent project in which music was instrumental to the campaign’s success.

Megan> We recently launched a new brand mascot for Moonpig, getting them to embrace their pink, snuffly past and release cute little Moon-piglets on to the world. Besides their infamous jingle, sound was incredibly important throughout the campaign – we’ve built something we hope will become instantly recognisable as Moonpig whether it’s through TV, radio, social and beyond.

Emotion was really important – after all, it’s a card and gifting company built around sentimental moments. We worked with Curtis Stansfield to compose a series of tracks with a magical, storybook quality to them, each one with slightly different instruments to fit the personality of the hero in each spot. And we found an incredibly warm, rich voice to narrate over the top, all mixing together to create a whole new fairytale world for Moonpig to exist in, which translated seamlessly into radio too.

And then there was Dunelm, our newest client who was a self-confessed introverted brand who wanted to roar. We launched a new brand platform for them, ‘Dun Your Way’, which was all about rejecting judgement and what people see as the ‘norm’ and embracing your personality and whatever makes you happy. And we found the perfect track to help tell that story – Basement Jaxx’s ‘Do Your Thing’, which was full of thumping energy and helped to drive the film forwards with lyrics matching the exact sentiment. I think there’s a lot to be said for using a well-known track, as it can grab the public’s attention, perhaps even get stuck in their head so they catch themselves singing it while they’re cooking dinner – “why am I singing this? Ah yes – Dunelm.”

Megan> Obviously everything in a campaign needs to work in harmony – the visuals, the story, the colour treatment and the music. By the time we get to music briefing we’ll already have a very good idea of what the campaign is and therefore all the feeling it’ll need to evoke, so we’ll write a brief which will be as simple or as in-depth as it needs to be. It’ll often include some key words such as ‘uplifting’ or ‘suspenseful’, or whatever mood we’re trying to set. Sometimes a key instrument jumps out at us straight away, such as a harp or piano for a nostalgic, tear-jerking scene, but sometimes it’s less obvious and requires a lot more playing around.

Megan> As I said previously, I’m sure there’s people much cleverer who can go into an in-depth analysis of what makes a good track, what frequencies resonate with different people and what instrument will make me run out and buy more fabric softener. But for me, I measure effectiveness in a much simpler way – if I hear someone singing a jingle down the pub, or lyrics to a track are forever changed in my brain thanks to advertising (*cough* National Accident Helpline *cough*), then that’s an effective piece of marketing right there.

Megan> Oh dear, I’m one of those people who downloaded TikTok as a joke during lockdown and am now completely addicted.

I think the key thing we can do with sound is just get people to look at the screen in the first place. A nostalgic track, something that makes people laugh, or in the case of TikTok, something that people actively want to get involved in - if we stop demanding attention and instead add some value to people’s lives in even the smallest of ways, I think people will stop actively avoiding us.

Megan> I’d love to see more fusions between technology and music, perhaps embracing the new ways we’re listening to adverts, such as creating 3D soundscapes within headphones while we’re on the move. I also loved the recent code-able Dojacat video, where fans could programme it to do whatever they wanted - I wonder if we could begin to see interactive music activations in the future.