I Take it Back, Cannes 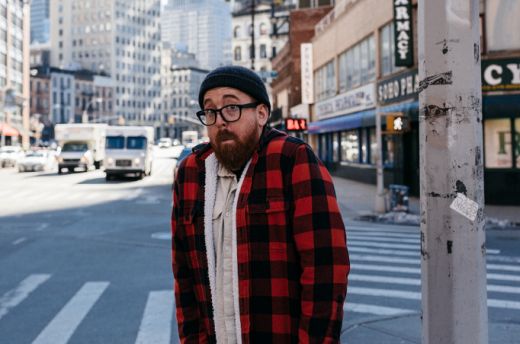 Fun fact. I’ve won in Cannes. But I’ve never been to Cannes. It was a Gold Lion for Uniqlo. In fact, it was the only Cannes submission we had ever made as a company - because, oddly enough, 'winning in Cannes' was in the client brief. So we hacked Pinterest to create a variety of moving mosaics to draw attention to a new line of clothes. It was awesome. But we didn’t go. We didn’t really make a big deal of it. “That’s not what we do here.” Stay humble. Bury that happy feeling. Move on. Next project.

I’ve come to believe this attitude was very wrong.

We should celebrate creativity and those who make it happen - and we should spend more time doing it. The only differentiator one agency has over another is its peoples’ ability to craft great work. That requires designers, writers, creative technologists, strategists, and producers focused on the pointy end of the creative process - the making side. People like to wrap themselves in a warm blanket of strategy because there is safety in the intangible, the impermanent, the forever debatable.

But, the consumer never sees the upfront of the PowerPoint. It’s the craft and execution of ideas that matter - that’s manifest. Yet, we spend the bulk of our time elsewhere. So when there is an opportunity to celebrate great work, even in the most grand of fashions, we should. Why did we allow ourselves to get so cold? Why did we acquiesce to the quants and the suits? We did. And we shouldn’t have.

Forever, so many of us on the digital and experience-led transformation side of things liked to poo-poo the idea of the festival and award shows in general - frustrated over the tenuous (at best) relationship between the award submission and its representation of the idea vs. the neutered reality of what actually goes live. We do that as a defence mechanism. Cannes is expensive. Cannes is a long way away. Winning in Cannes is an art form in-and-of-itself. And we don’t have the hours, money, or resources to play the game correctly.

All that poo-pooing was a mistake. And though this love letter to creativity looks like little more than a rosé-scented redaction of past viewpoints, articles and hot takes… it’s the truth. I guess I’m getting softer in my old age. I’m tired of yelling at the clouds.

It’s rare anymore that creativity is celebrated. I’m guilty of this myself. Get it done, move on, stay humble. Forever on to the next thing. But when you live in a world where your concepts, ideas, designs, and writings are always under attack (if you aren’t aware, it’s a world of nos and do-overs and little money to do it right), it’s nice to get a pat of the back. It’s the least we can do for a team that has to labour under the struggle of turning an idea into a reality. We should be celebrating this craft even, if at some level, it’s free of the burden of client reality. Here, close should count. So I’m OK with a bit of fiction (the rewritten brief and objectives that better position an idea for a win). Because it’s not how you got there that matters, but the fact you actually had, and executed, a rad idea just this one fucking time.