He’s Shy, Introverted, and Might Just Be the Most Talented VFX Artist You’ll Ever Find: Meet Kevin

Company founders Sue Troyan and Tim Davies talk LBB through the birth - and life so far - of Kevin, one of adland’s most enduring and unsung talents 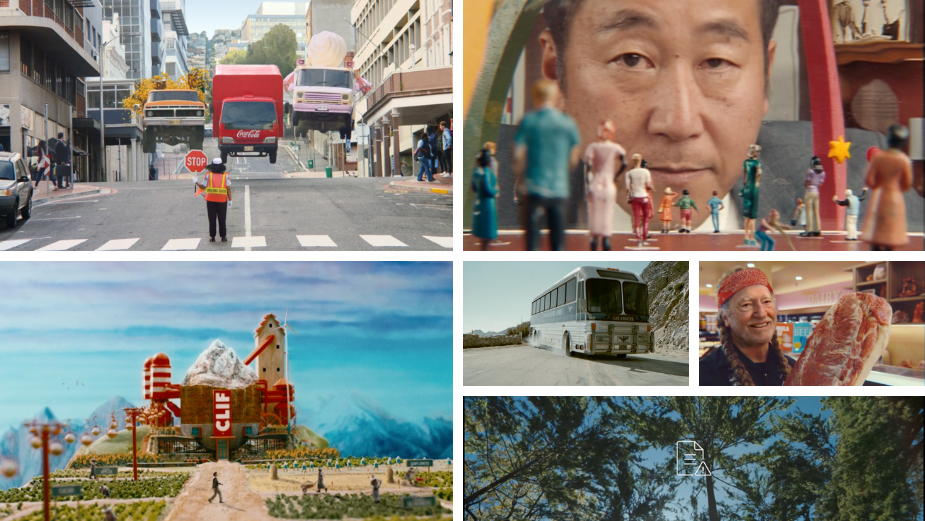 Sometime around the year 2017, Sue Troyan and Tim Davies were in the midst of a heated debate with a branding expert.

“Well exactly”, responded the consultant, “that’s why you should”.

The branding guru may have won that argument, but it’s Kevin who’s been winning ever since. In the four years following that conversation, the uniquely-named VFX powerhouse has been crafting some of the most high-profile, iconic, and simply beautiful work to be seen anywhere in adland. Spots for brands such as Old Spice, Coca-Cola, Apple and HP amongst countless others have all shone more brightly on-screen thanks to Kevin’s approach based on diligence, craft, and trust.

Despite the plaudits, however, Kevin has rarely been one for self-promotion. As the studio approaches its fifth birthday (“of course he’s going to be shy at that age”, laughs Sue), Kevin’s eye-catching work has seen the company evolve from a relatively unknown secret to a sought-after boutique - all whilst maintaining a sense of personality and reliability which tends to come much easier to smaller-scale operations.

But, as Sue and Tim explain, keeping your feet on the ground and staying ‘small’ has been a large part of the secret to Kevin’s success. To find out more about the company, and what makes the mild-mannered Kevin one of the industry’s most-respected VFX experts, LBB spoke to his creators…

By the time Tim and Sue took the decision to start up Kevin, they were already enormously respected figures in the world of VFX and advertising. They each brought senior experience from some of the industry’s biggest companies, which enabled them to hit the ground running - both in the calibre of the work they had produced, and the reputations they had with many of the industry’s most significant players.

“One of the toughest nuts we had to crack was communicating how we could provide the same level of service as we could whilst working at bigger shops”, says Sue. “But you can’t tell people that, you have to show it. So over time we’ve built personal relationships based on quality work - and trust - with our clients to get where we are now”.

For Sue, the chance to move forward with Kevin represented an opportunity to focus on what has always been the more enjoyable part of making ads. “Of course it’s a business and a numbers game to a certain extent, because it's advertising”, she explains, “but it’s also about creativity and the great relationships you build with amazing people along the way. Kevin’s success has been down to us being there for our clients and having their backs”.

Ultimately, the experience of working with larger companies did teach the pair some valuable skills which have proven instrumental in their careers. “When you work at a big shop, you’re one of many people who do similar jobs and you have to be on your best game to stand out”, says Tim. “I learned that the only way to do that was to become a perfectionist. Since then, it has to be perfect or it’s not good enough”.

Today, both Sue and Tim find themselves embracing the culture that comes with being a smaller company. “There’s more joy in it when it’s personal”, notes Sue. “It becomes about the people as well as the work. And that’s where we want to be”.

Advertising is an industry which, for all its glamour, has always come packaged with a certain amount of anxiety. What’s plain to see from talking to Tim and Sue is that, in creating Kevin, they’ve found a way of avoiding that anxiety by affording themselves the freedom to be who they are - without needing to find compromise.

Kevin Does His Homework

The result of the company’s approach has been a relentless stream of outstanding work. On the ‘process’ page of Kevin’s website, users can enjoy flicking through ‘before and after’ style films showcasing the company’s dramatic effect on any given project.

“If I had to pick one out, I really enjoy looking back on the AT&T Bus spot”, says Tim. “A lot of artists here get the most satisfaction out of ‘invisible VFX’ that’s not so obvious but can change the look and tone of a film - and that’s absolutely great. But this spot really shows our ability to achieve what can’t be done practically but needs to look like it was! Creating a photo real CG Bus that needed to lose control and crash plus all of the compositing plate work we did to bring the directors vision to life. It really shows our ability to support production and help them solve the logistics of how each shot can be approached.

Above: Kevin’s work on the above AT&T Bus ad was ambitious and instrumental in equal measure.

When it comes to quality, Kevin’s founders ensure that they walk the walk as well as talk the talk. “You’ve got creatives out there, some established and some young, whose entire reputations can be on the line depending on the outcome of your project”, notes Tim. “So, yeah, you have to make sure you give them everything. If you do that, they thank you for it - and that’s how we’ve built up the trust we enjoy today”.

For a company which is all about fulfilling work and happy staff, Kevin’s core consideration is trust. “It comes from honesty”, says Sue. “Just recently I had a client call me up and ask if we could take on another project. I said no - we could have done it, but we couldn’t guarantee the level of quality that Kevin prides itself on. So I actually recommended a different studio for the job, and it worked out great. That honesty, combined with the quality of the work, is what keeps people coming back to Kevin”.

And so as Kevin starts to reflect on his first five years of existence, he’s likely to conclude that, thus far, it’s been a story of fun and quality. “Ultimately, that’s what it will always be about for Kevin”, says Tim. “We want to be happy and proud of the work we do. Sure we want to grow a bit, but most of all we want to enjoy it”.

That attitude, it seems, is infectious. Though he might not talk much, Kevin has got a whole industry listening. 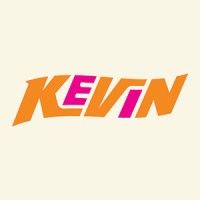