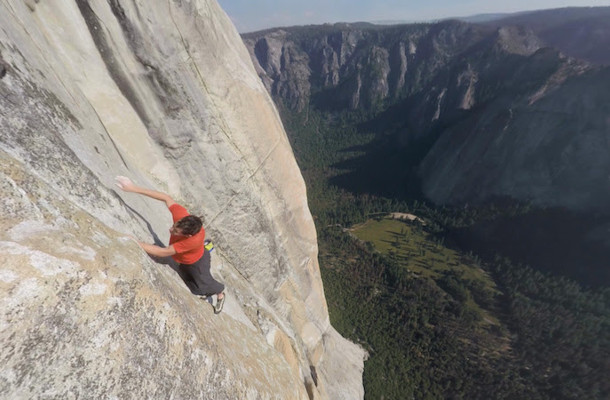 Framestore and National Geographic Documentary Films have announced the premiere of 'Free Solo 360°' which debuted September 21st at the 2018 Los Angeles Film Festival. The short film, created in partnership with award-winning filmmakers E. Chai Vasarhelyi and Jimmy Chin, who directed the critically acclaimed feature documentary Free Solo (currently in theatres), captures the experience of free soloist climber Alex Honnold as he prepares to achieve his lifelong dream: climbing the face of the world’s most famous rock... the 3,200-foot El Capitan in Yosemite National Park… without a rope! The climb was completed without any safety equipment, and required years of training, planning and unwavering endurance — both physical and mental.
The record-breaking climb that is featured in the full-length documentary, was re-created for the 360° short film to give users the full experience of climbing alongside Honnold. Virtually standing in his place, viewers are transported to Yosemite and they ascend the granite monolith with him, feeling the magnitude of the rock’s size as well as the anticipation, fear and accomplishment of every step.
For the feature documentary Chin spent nearly three years climbing the route with Honnold; to prepare for the 360° film Chin and DP Justin Bastien worked several days on El Cap (with proper safety measures), placing cameras in the right locations and anchoring tripods up to 3,000 feet above the valley floor on the sheer granite wall. Despite the unique challenges this project faced, the climb proved to be a natural fit for a 360° storytelling approach. 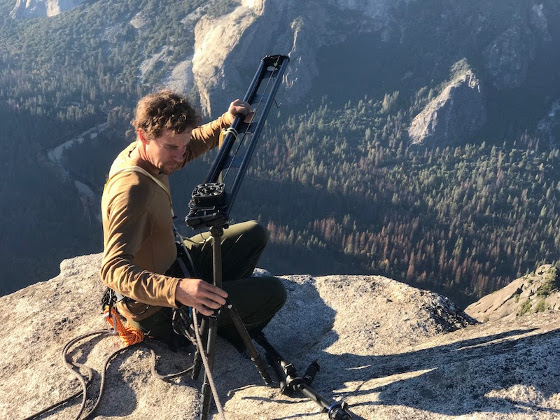 Aron Hjartarson, executive creative director at Framestore, reflected on the experience: “It can be tricky in traditional filmmaking to portray a good sense of scale and context, but it’s all there in the 360° footage. You are transported thousands of feet above the ground, hanging out with Alex as he weaves his way upwards, with the beauty of Yosemite National Park spread out below and reaching to the horizon. It was also a great project to play with the emergent art of 360° cinematography, using camera moves to add drama to the piece and lead the point of interest around the environment.”
Using the right equipment was critical for the shoot: because the team was limited by its locale and the accessibility of its gear, everything had to work perfectly every time. The team relied on Framestore’s expedition rig to provide the quality and modularity necessary.
Post-production required a meticulous process. Vasarhelyi spent months perfecting the film, to create a sense of realism that evokes a physical and emotional response from viewers. The Framestore team worked primarily in Nuke but employed custom tools for assembly and editing, as well as Maya for some camera projection setups. Additionally, the 360° tools in Adobe Premiere enabled the editorial team to orient the action in a continuous way and lead viewers around the frame.
Framestore also completed the film’s sound, music and colour. Peter Timberlake, who created the short’s music, played with several approaches to find the right sound. Of the final soundtrack, he explained: “I found the best-fitting approach to be an intense, extreme approach, meant to capture Alex's struggle, while shuffling-in orchestral instruments intended to embody the naturalism and scale of the landscape.”
view more - Creative